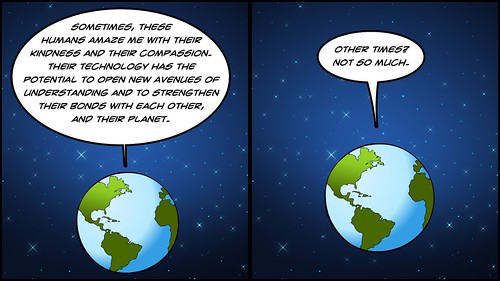 I’ve been trying my best to engage in discussions about “citizenship” and digital identity and more with the #DigCiz work now underway (see the schedule and join in the discussions). And I have appreciated all of the chatter and the debate (the word ‘citizen’ has sparked a lot of pushback).

I’ve also been on a comic kick each day before heading off to work. I’ve been mostly using my “slow-watching” of the video hangouts each morning to gather ideas for a daily comic. It’s my way to paying attention to what others are writing and saying, and then filtering my thoughts through what I hope is a humorous (although sometimes, sarcastic, but hopefully, never mean) lens of comics. 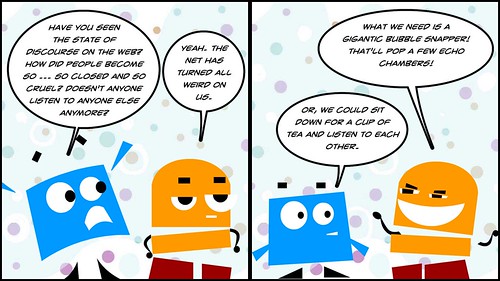 Here are some comics from the past week, and some thoughts behind them as I process the #DigCiz discussion points: 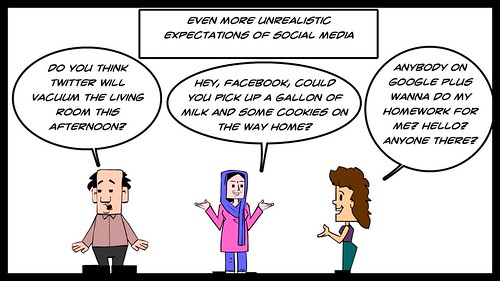 This comic came about from thinking in terms of how we expect our various social media platforms to be more and to do more than they are designed to be and do. In some ways, our expectations are unrealistic, and then we are disappointed. This is not to say that Twitter and Facebook and others can’t do more than they are doing (particularly around policing the hate), but I think we also need to cognizant of the reality. But if Twitter wants to vacuum the house? I’m OK with that. 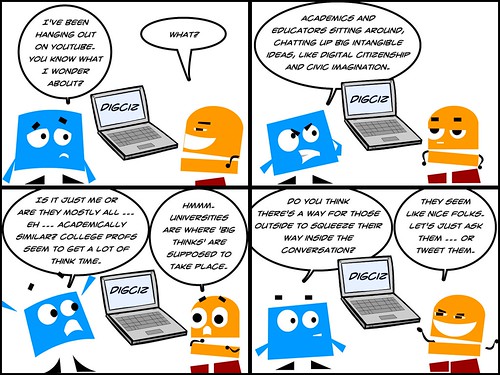 I hesitated on posting this one. I didn’t want it to become a harsh critique of the discussion and folks behind the discussions, folks I admire and enjoy engaging with. But I was wondering how others could be invited in, too, since the #DigCiz crowd seems very University-based, and already a close network of people. 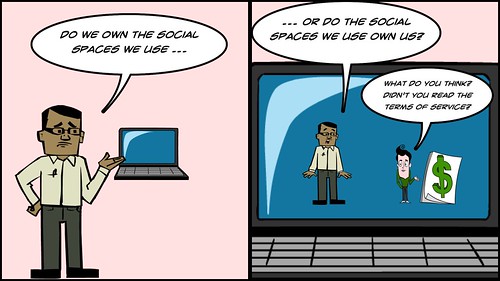 Again, who owns the platform? We often think we, the user, is in charge, but the reality is the flip — the platforms often own us, and our data, and our information. Why? Notice the dollar sign? That’s why. 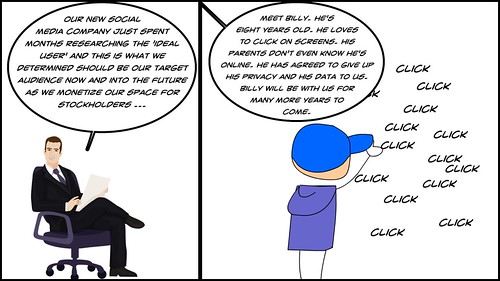 This was one of my favorites of the last week or so. I think it was an effective look at how corporations are using our children as click-bait for advertising, and how the interactive features of technology allow for such easy access, and easy sharing of data and privacy and more. Young people are vulnerable! 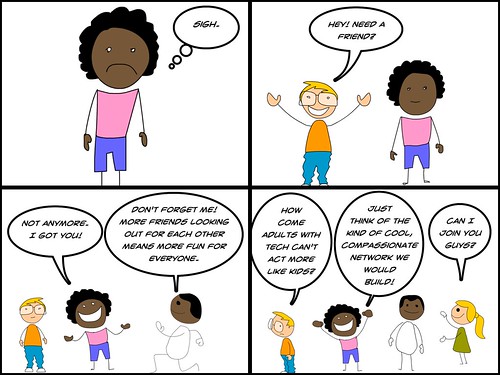 And yet … there’s something pure and loving about young people, too, and perhaps we need to pay attention to that notion of play and compassion and collaboration when thinking of how we adults can interact. 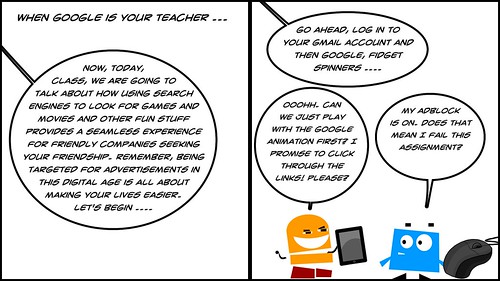 There was a link someone shared that I followed about a new Google site for teaching digital citizenship, and I found it strangely ironic, given how much Google taps into our what we do with our time to target us for advertising (and making gazillions of profit as a result). The adblock question in the second frame still cracks me up. 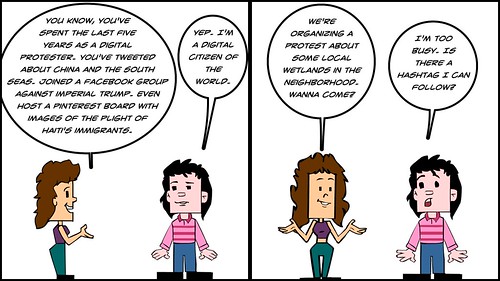 Here is the crux of one conversation: how do we help people see their online selves as part of the larger world and move beyond the “follow” into action in their own worlds? Or do we? There was a strand of talk about how people have the right not to engage in the public sphere, too, and that true citizenship, if that’s even the right word, is voluntary and meaningful, not forced. 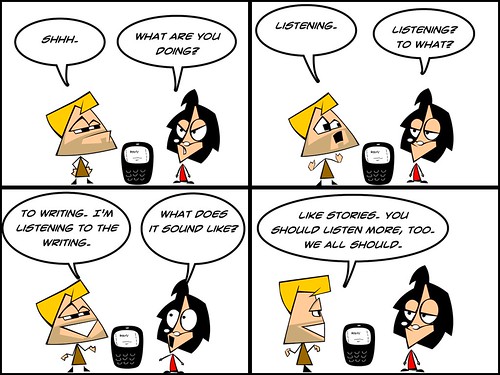