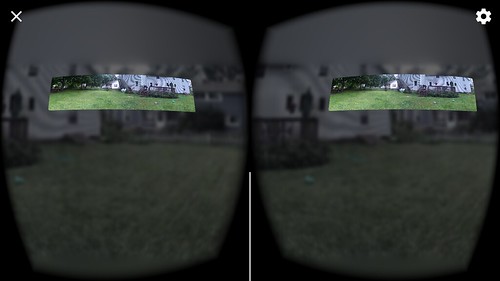 Thanks to Richard Byrne, over at Free Tech for Teachers, I began exploring Google Cardboard again, but this time, I used the Google Cardboard Camera app to make my own virtual reality. The free app allows you to create a 360 degree panorama, and you can even add audio narration, and then share it out with people. (I did it with my Droid phone but I believe you can do the same with any iOS device.)

I did a trial run in my backyard and then used it when I did a hike up to a fire tower known as Goat’s Peak, which gives you a nice view of the Pioneer Valley of Western Massachusetts from top Mount Tom.

If you have Google Cardboard (or some VR goggles .. I bought my set from Amazon for about 10 bucks) and the Google Cardboard viewer app, the links should open up for you in that app. You can see what I saw and hear me explaining it a bit.

It would be pretty cool to have students use the Google Cardboard Camera app to make their own virtual reality shows of special places.