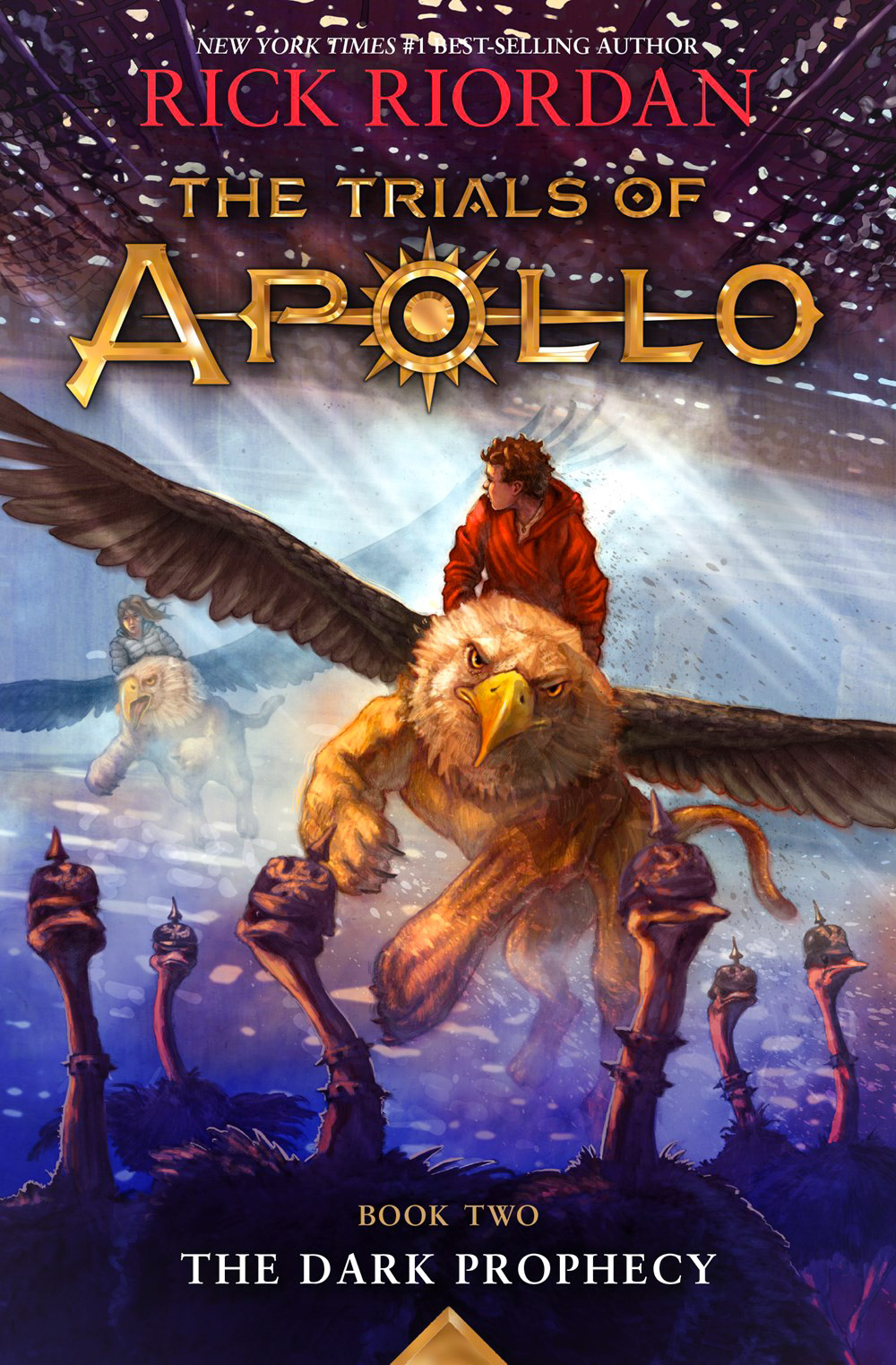 I’ve not been as big of a fan of Rick Riordan’s Trials of Apollo series as some of his others but my son still enjoys the read-aloud aspects, so I am full in on reading the series. We just finished The Dark Prophecy, but it took us all summer to read, which is unusual for us. I think what gets me is the voice of Apollo here, as he undergoes his trials as human to learn humility.

I do appreciate seeing familiar characters — Thalia Grace, Grover, etc. — and can see how Riordan continues to plant the seeds for future books in the current ones, dipping into other cultural mythologies as he explores the main terrain of Greek and Roman myths.

Here, Apollo continues to confront past decisions made when he was  God who cared little for his human followers, and as a human now, he must both make amends and depend upon others. His godly powers come and go, and he is beholden to a young girl demi-god who has the power to give him orders he must follow. Meanwhile, his quest to confront and defeat former Emperors as well as grapple with the various powers of prophecies moves the narrative along.

I think upper elementary and middle school readers of a certain genre will appreciate Riordan’s writing style — a mix of humor and adventure that seems a bit light on development — and my 12-year-old son still wishes they could make some of these books into good movies (he was not impressed with either Percy Jackson flick.)

Peace (by the gods),
Kevin