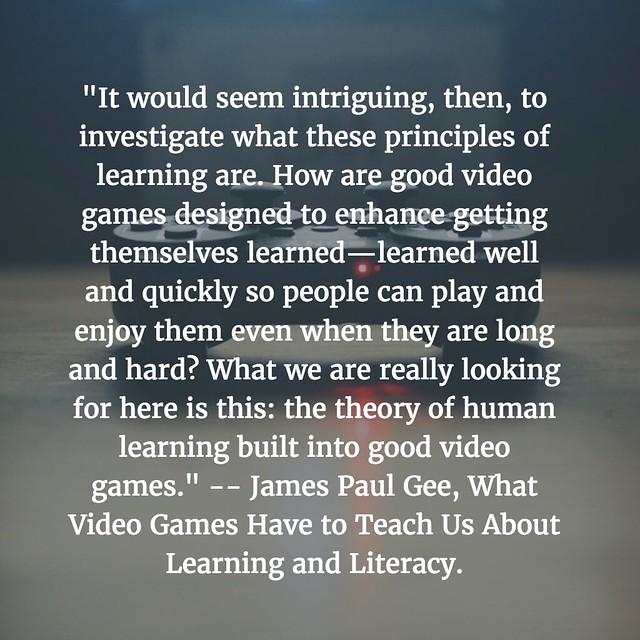 I’m off on a new reading adventure, diving into James Paul Gee’s book — What Video Games Have to Teach Us about Learning and Literacy — with discussion prompts by my friend, Keegan (who once led me into Minecraft with Networked Narratives). This is our first week of responses, and we read the first two chapters.

A few things stand out for me: 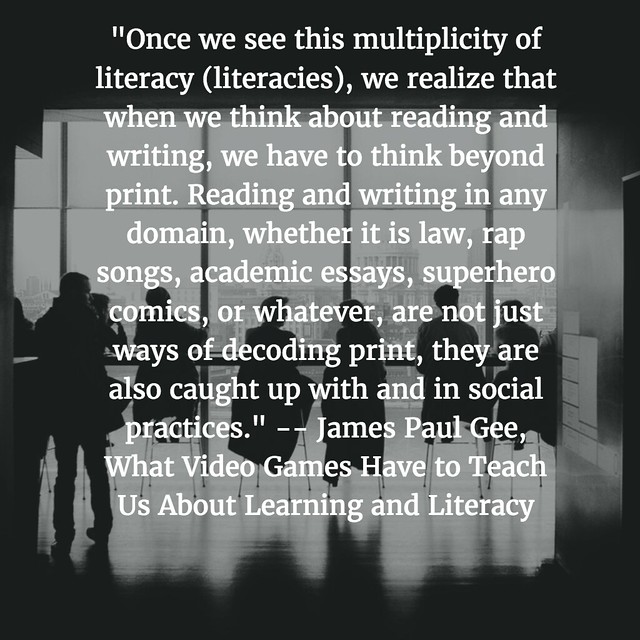 I’ve been reading the book on the Kindle and then using my highlights and notes for sharing of some quotes. This kind of curation works most effectively for me in my busy life for finding and keeping some anchor points. This third quote nearly goes in the direction of immigrant/native, which would have turned me off (even remembering the 2003 publication date), but Gee straddles the line and makes it more about adults needing to pay more attention to what kids are doing. 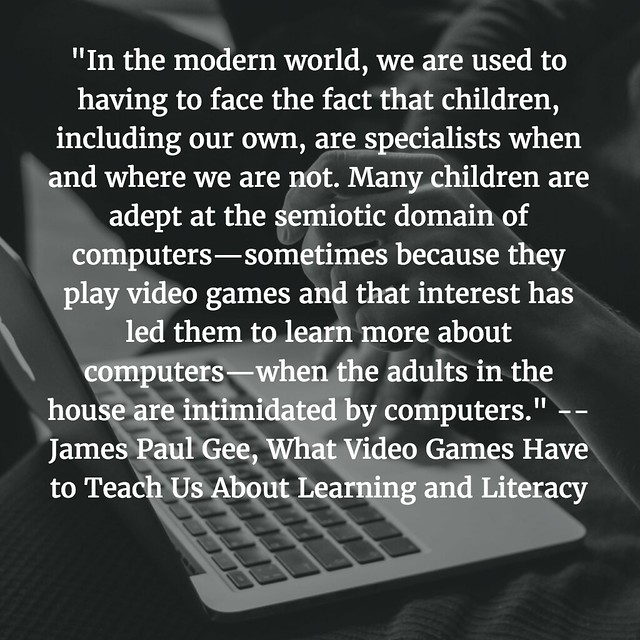 Come join the conversation. Keegan has an open invitation. Let’s learn together.