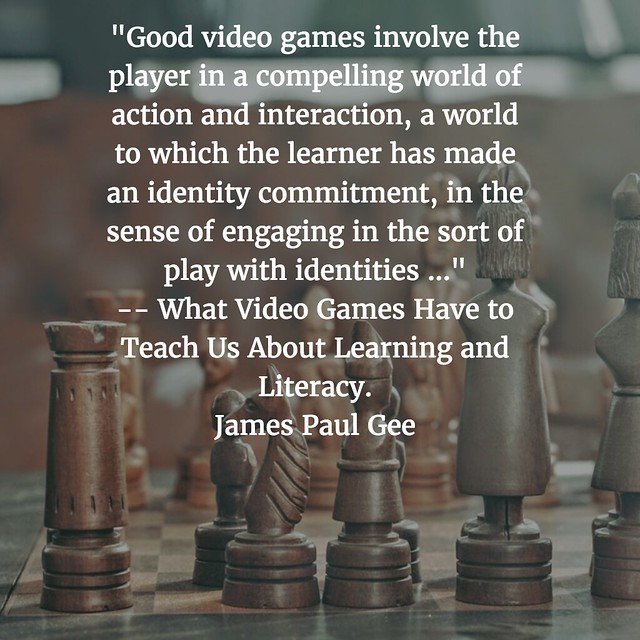 I’m off on a new reading adventure, diving into James Paul Gee’s book — What Video Games Have to Teach Us about Learning and Literacy — with discussion prompts by my friend, Keegan. This reflection is centered on Chapter Three in the book.

The topic of digital identity and digital persona and how we project both who we are and who want to be (or at least, want to be seen as) is an intriguing topic made relevant by the ease of identity flux in online spaces and video game environments.

Gee’s critical look at how video game players use identity to bridge the span between real life (who I am in the real world) with gaming (who I am in this immersive world) to a third aspect (how decisions I make in this immersive world pushes against my real world identity) is pretty interesting. I am particularly attuned as a teacher to that third piece — of how one world overlaps with the other — in what he calls “projective identity.” 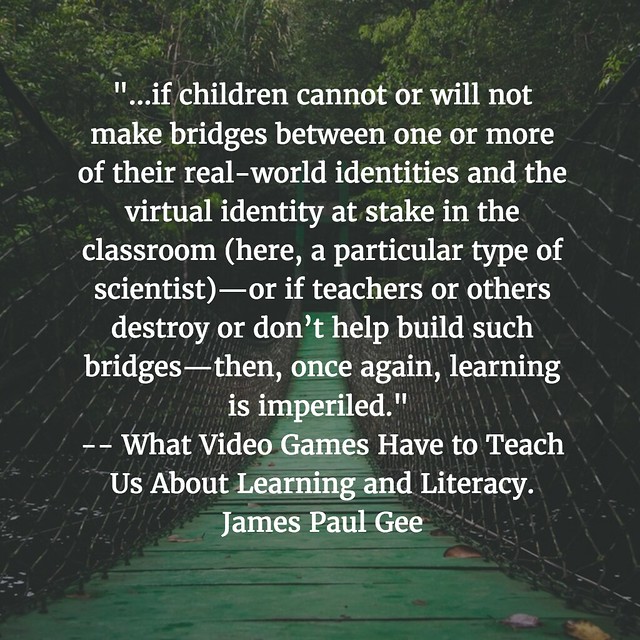 I appreciated how Gee brings this look at video games back to how it might have importance in the classroom. He uses a science classroom as an example, showing how we want our learners to imagine themselves as scientists when learning about science. They take on the identity of a scientist, and that overlap between what they know of science and what they think a scientist may know (and how that is made visible) is a key element of learning through hands-on work and playfulness.

I think this does happen in many areas, such as history (read like a historian for multiple perspectives) and math (explain your answer in terms someone else might understand) and Language Arts (write a story from a perspective of the character, paying attention to voice). But Gee notes that we don’t always make this visible to students, even though many already do this in the games they play outside of school. 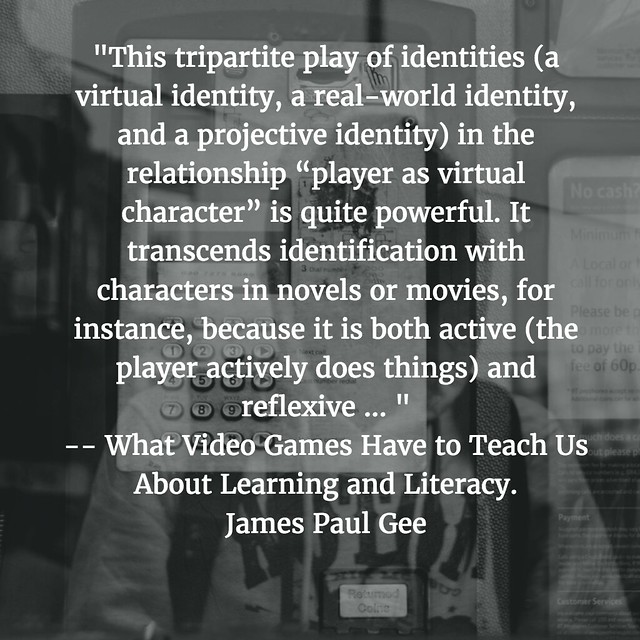 As always, Gee gives us a lot to chew on. 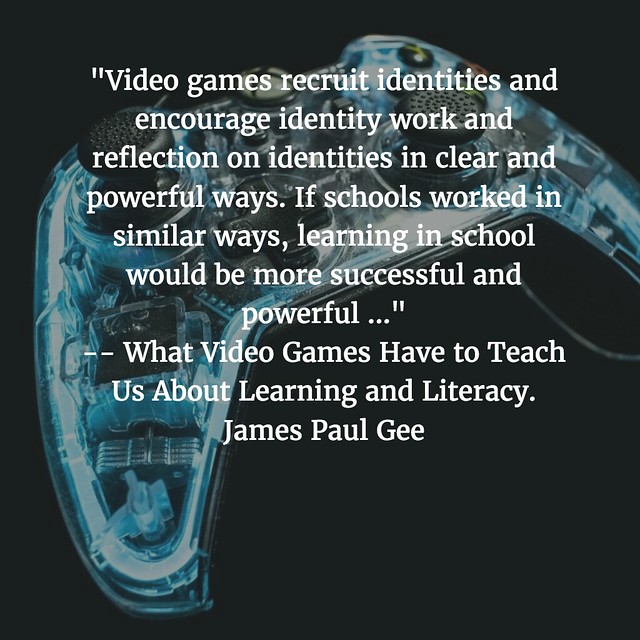