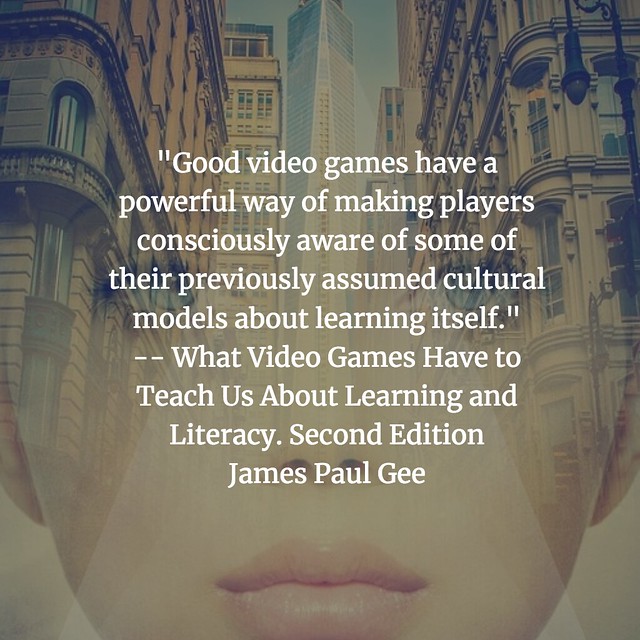 I’m off on a new reading adventure, diving into James Paul Gee’s book — What Video Games Have to Teach Us about Learning and Literacy — with discussion prompts by my friend, Keegan.

Gee’s earlier exploration of digital identity within the framework of video games now bubbles up again around cultural identity and cultural understanding. He posits that the immersive storytelling elements of video game design allows for an experience for the player that has the potential, at least, to bring them into the world of  “the other.”

This idea of “walking in the shoes” of another through a literary experience is not new, of course. Good books do the same. Video games can bring that to another level because of the player’s identity within the game itself. 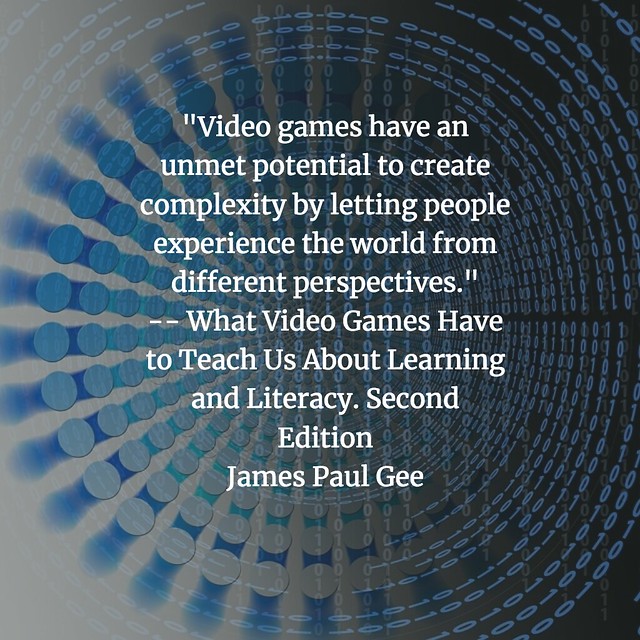 Gee shares a few games that he has played which have done just that — shifted the cultural perspectives so that the player comes to understand motives and rationale for another. A game centered around the Middle East, where the player is an Arab as opposed to the traditional game where Middle Easterners are often the terrorist enemies (particularly in the wave of games that came after the 9/11 attack on the U.S.).

Gee’s argument that video games, with all of its complexities, provides the possibility of deeper context is intriguing. Notice that word “possible,” for not all video games rise to this narrative challenge.

He also notes that this kind of immersive play as learning can happen rather seamlessly in well-designed games, so that the player is barely aware of it. This ties back to his earlier discussions around how games teach players to get situated in the game mechanics. 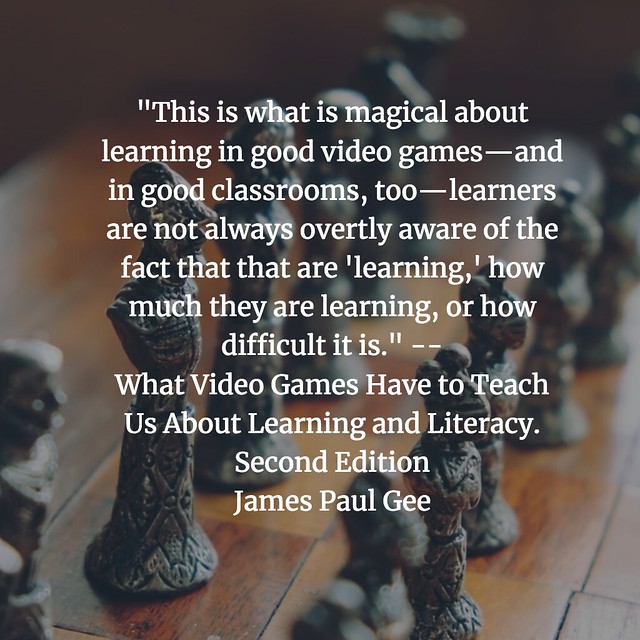