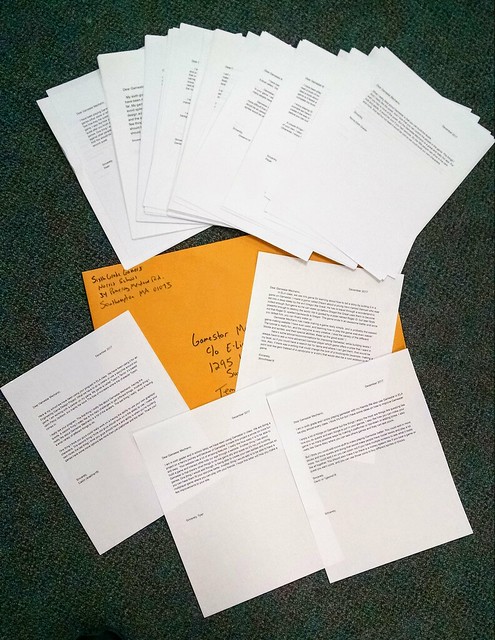 One of the many writing activities that I do with my sixth grade students as part of our video game development unit (which is taught in writing class) is to write a letter to Gamestar Mechanic about their project, what they like about the site, and some ideas for making Gamestar even better. 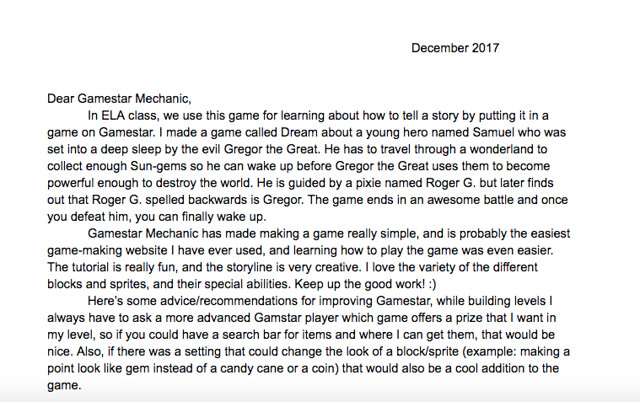 I’ll be mailing the letters off in early January. 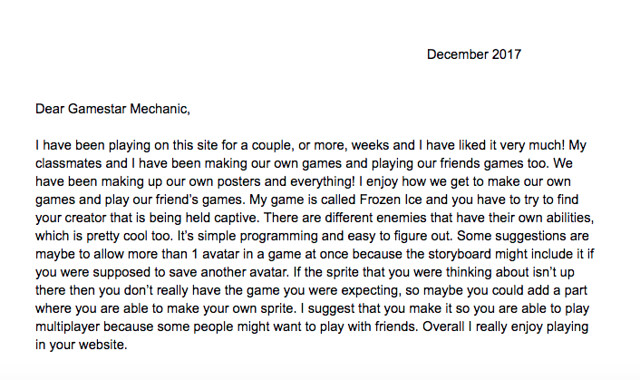 I don’t know if we will get a response from the company (my main contacts no longer work there and Gamestar is part of the larger eLine Media) but the act of writing to Gamestar — a site we we have been using rather extensively since the start of December — and articulating some ideas gives me a chance to see what they are thinking. The letter follows a community brainstorming about features they wish the site had. 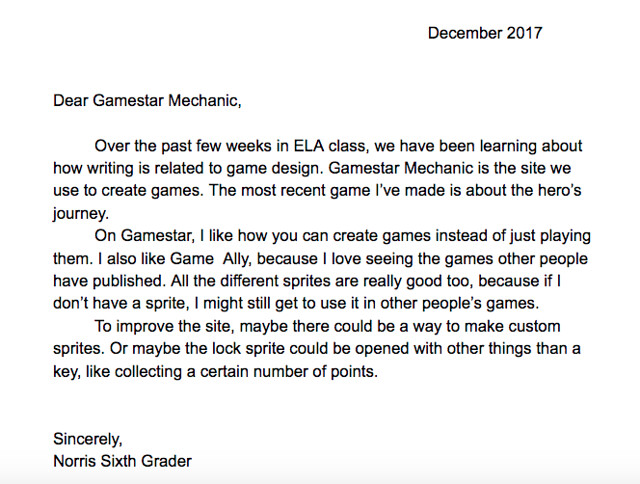 The letters act as one sort of reflective end point as they finish up their games.