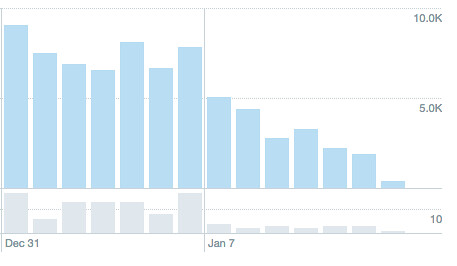 Last week, I took advantage of the CLMOOC theme of Digital Audit to dive critically into my Twitter account as much as I could. First of all, I didn’t tweet (much) during the entire week. I did check in every now and then. Maybe I shouldn’t have but I did (apparently, I still have work to do on my attention and my social media habits, but in my defense, the few tweets I did produce were related to creating art for the DS106 Daily Create). The chart above shows interactions with my Twitter feed before and during my hibernation.

Then, I spent about three hours over two days going through my Followers and those I am Following. It’s all so bloated now. I can’t say that I have ever had any intentions to having the largest number of followers I can amass. I truly believe that it not important to me. But I had racked up the number of those I was following because I can’t resist a teacher or writer that interests me.

In the course of my weeding, I “unfollowed” more than 500 accounts, and still have many more to go. (Sidenote: there has to be a better way than scrolling through time in my account, as each page loads in my Follower Page. Sigh. If you know a better way, can you tell me?).

My criteria was: does I recognize this name, even remotely? Do I ever see or notice this person in my timeline? If not, the likely result was an unfollow. I haven’t yet made it to the bottom of my follower list, so more are likely to go. (Note: I think I am going to explore this topic further in another post) 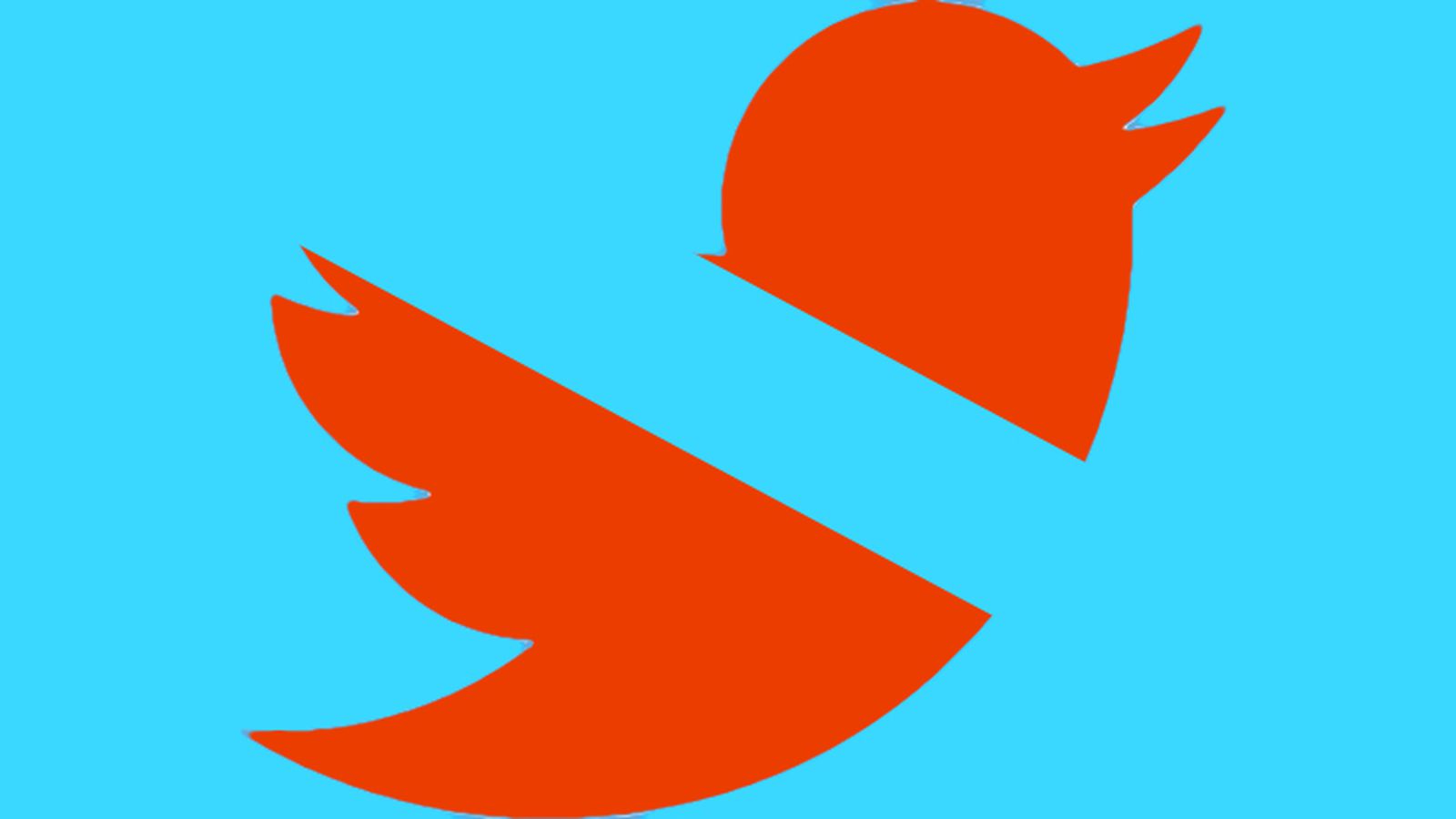 I also weeded out by blocking about 600 accounts that were following me. How the heck did so much debris get into there? I found marketing companies, strange invitations, weird bots, and folks with no connection to anything I am interested in. BlockBlockBlock. I went back two days later, and there were more new accounts to block. BlockBlockBlock.

This could be a full-time job … (I know I can set it up to approve every follow request but that seems like it would just exasperate the issue of email notifications.)

As for other social media, I took a pause in Mastodon, my latest social space of choice for writing and connecting in a federated space, but Mastodon still feels more personal to me, and under control. I missed writing in that space more than any other.

My Google communities seem fine and manageable (although I left a few G+ communities that I no longer needed), and Flickr and other places were not sources of much concern (in relation to flow of media and access … privacy safeguards are always another issue).

Facebook is a place where I have an account, but only because I run the Facebook page for Western Massachusetts Writing Project. Still, I ended the deluge of email notifications from Facebook, and quieted the siren’s call of all that I was apparently missing. Same with Instagram.

This is what I did with my off-line time instead of what I usually do (including writing blog posts) … I wrote postcards every day for the entire week for my CLMOOC friends, and sent out two postcards every day into the world. I made the social more personal, and it felt good (as the CLMOOC postcard project always does, by re-affirming the human connections.) Two postcards arrived during the week, too. That made me happy.

I still have much to do, but it felt good to do some weeding and resting. You, too?

Peace (amid the quietening),
Kevin