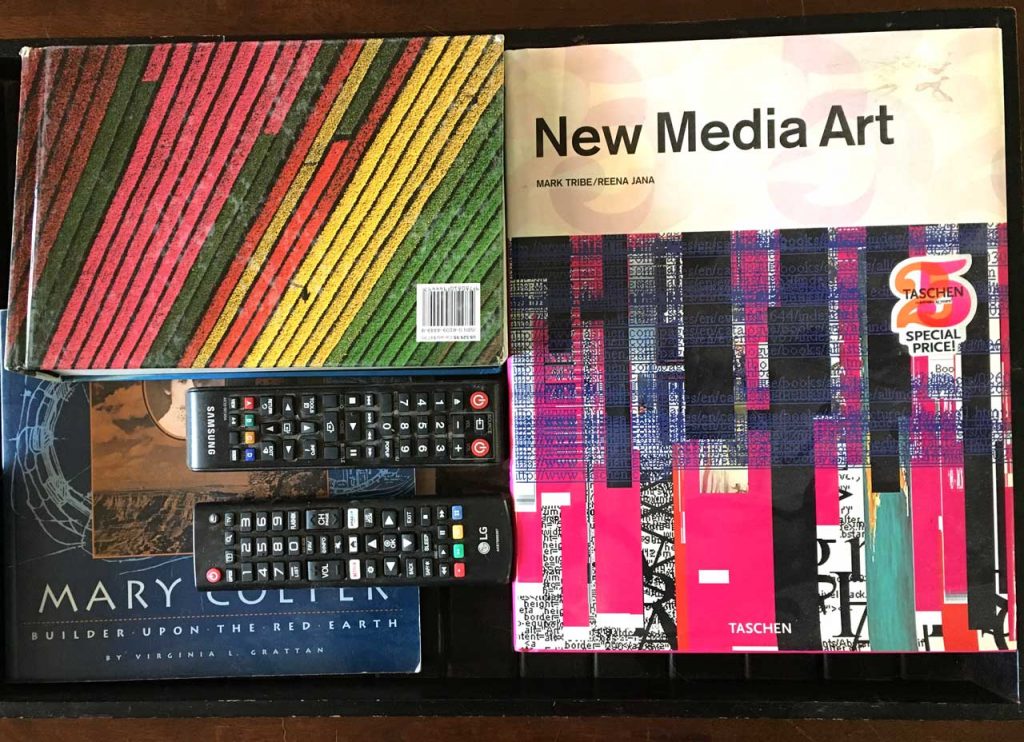 A research endeavor in Networked Narratives is an invitation to curate and document early examples of New Media Art from a book no longer readily available, except for its examples in the Internet Wayback Machine. Cool. Work done to document the art will eventually end up in this Tumblr site.

Students from different NetNarr classes and the open web are invited to join in. Scroll down through this post, about midway, and you will find instructions. From that same NetNarr call to help document early New Media Art:

For an appreciation of current digital art we will explore these foundational examples of digital, networked art. They represent a time of wild experimentation, new technologies, but also to see what could be done with much slower and less sophisticated internet. But also, we will examine the issues of how well digital art holds up over time, especially when many were created with technologies not currently available, or have themselves vanished. It also opens the door to question the ephemeral nature of digital art.

Here is mine, which looks at an example of early cultural jamming with technology and media and art:

Peace (in the documentation),
Kevin