Context: I’ll often pick up my guitar and just play whatever gets played, with no plans at all. It’s not practice. It’s just playing. These moments are often where new songs come from. A chord progression, a small melodic lick, or just random humming might suggest a song. Yesterday, I hit an accidental chord … and was intrigued. But no amount of tinkering could bring an odd kernel of an idea I had into visibility. The chord never really struck again. I’ll go back today and see if a song surfaces. 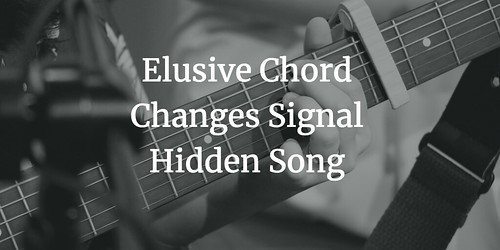