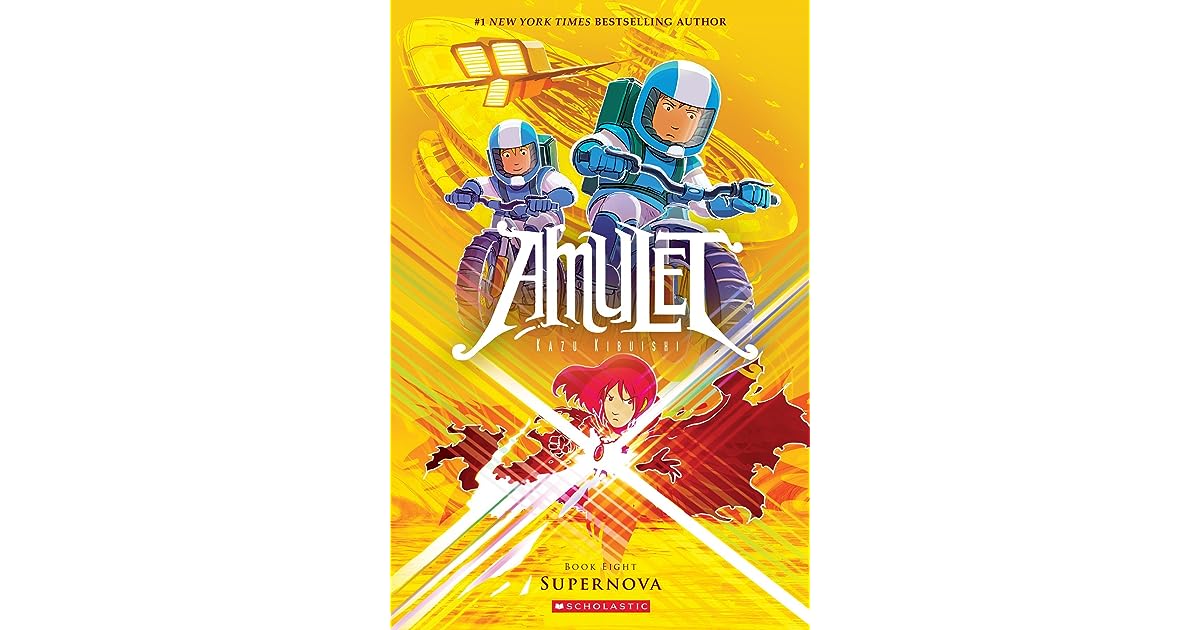 The first thing I did when I got the very last page of the newest Amulet book — Supernova — by Kazu Kibuishi (one of my favorite graphic novelists) is rush to my 14 year old son and proclaim: “There’s only going to be one more book in the Amulet series!”

He wasn’t quite as excited and depressed as I was, even though he has been reading the Amulet series nearly his entire life. The first book came out in 2008, when he was four. His older brothers, now at college, devoured the books, and re-read them with passion. Every time a new one came out, they would battle over who got to read it first. The youngest son, the one still left in the house, ended up with the entire series to peruse and read without squabbling. 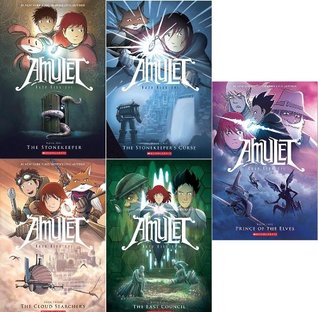 I was excited to read that a ninth book will be coming down the road (it usually is a few years) and depressed that the series would be coming to a close. The Amulet storyline — of multiple protagonists on multiple worlds caught up on a struggle between the shadow creatures and Stonekeepers, who wear amulets of ancient magic) — is intricate but accessible, and Kibuishi’s artwork will sometimes take your breath away with its beauty.

The newest book — Supernova — continues in that tradition, with a fast-paced story that follows a handful of main characters, all working their way back to each other (for the last book, no doubt). Kibuishi does not bring you up to speed at the start of new editions, but if you have read the story, you are immediately transported back to the worlds, to the adventure, to the moral and ethical decisions facing the young heroes — most of all, Emily, the main protagonist and newest Stonekeeper for whom the fate of many worlds rest.

My young teenage son, the one at home, has been reading Supernova, too, but it was a student in my classroom, who saw an extra copy I put out, who captured the excitement that I have for the Amulet books. She nearly skipped over to me when she saw it, nearly bubbling with surprise, and asked: “Can I borrow that book?”

You bet, I said, and she left the classroom with a huge smile, hugging the book. Now, that is a moment worth savoring.