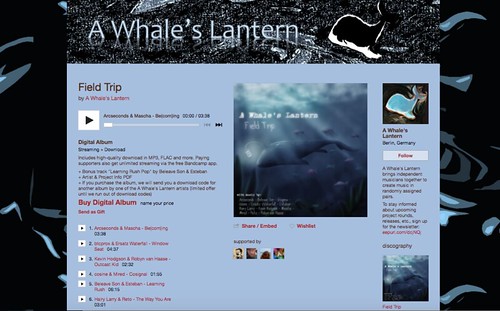 For the past year or so, I have been involved in three rounds of a music project called A Whale’s Lantern. Folks in the Mastodon networking space are randomly paired with other volunteers, and then they have an extended period of time to write and record a song on a theme. The most recent theme was along the lines of school.

The third iteration — entitled Field Trip — just dropped yesterday on Bandcamp, and my contribution was a garage-rocker called Outcast Kid. My partner was a keyboardist/artist (whose artwork is the cover of the album) and our song’s lyrics are about finding a mentor in a mixed up world and feeling less on the fringe because of your interests as a result. I’m on guitar and bass and vocals.

If you are interested, here are links to all three rounds. Each time, my contribution and partner and resulting song has been very different from the other, and that variety is intriguing.