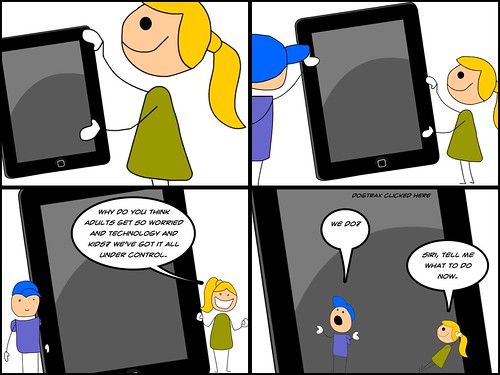 I’ve continued to make comics as a sort of reflective response to some of the discussions going on in the Equity Unbound course, where I pop in an open participant from time to time, mostly via Twitter. The comic above was my attempt to think of the confidence that my students have with technology and then, how overwhelmed some of them become with the choices and the possibilities. Who’s in control of our tech use? For adults, it’s difficult. For kids, it’s even trickier. 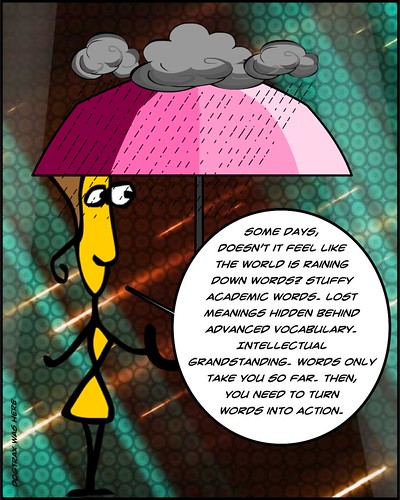 This comic was from some frustration of the limitations of online endeavors — where sometimes we use big words as a way to grapple with difficult topics, and the words water down our actions. This is not pointed to anything in particular, just a critique of academic spaces (including my own). 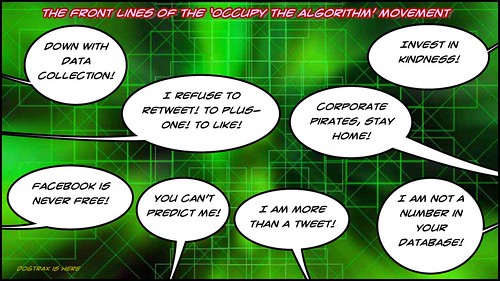 Someone in the #unboundeq hashtag used the phrase of “occupy the algorithm” and something about that resonated with me. It’s about taking ownership of your own experience, of knowing where your data is being used (or trying to grapple with it), of pushing back on the Googles, the Facebooks, the Twitters of the world. It’s not yet clear if that is a losing battle. 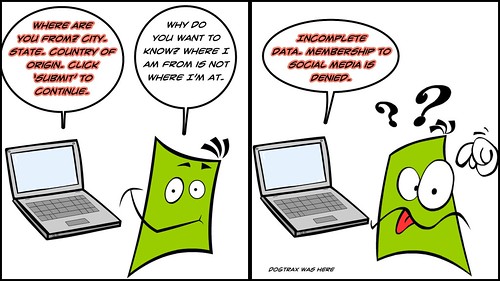 This comic also stems from watching a discussion unfold, where the idea of “country of origin” seems to juxtaposition against the “place where we are.” I was also attuned to a reference to Facebook, asking the question of “country where you were born” and using that information to geo-locate you in the platform. I find this unsettling, for a lot of reasons (privacy, location data, advertising, etc.) 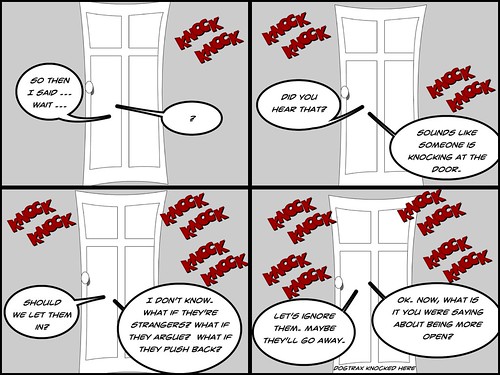 Finally, for now anyway, I was paying attention to the tension that happens when any open networked project works to keep an open door but sometimes ends up closing the door. I think any of us who run open learning networks know the difficulty of this balancing act, of how to protect a space for conversation while also inviting more voices into the mix.

Peace (in the open),
Kevin