I am at in the middle in our Digital Life unit with my sixth graders, and the one component that I am adding to and beefing up in the last few years is a “critical digital media” component, with a focus on the veracity of news. I’ve been searching for a good book that might introduce the topic in an interesting way, and came across the perfect picture book and tale: The Nantucket Sea Monster (A Fake News Story) by Darcy Pattison and Peter Willis.

This true story of fake news takes place not too too far from where I teach (Nantucket is a few hours east and then a ferry ride) but I know plenty of kids know where Nantucket is and some have even visited or vacationed there (my wife and I had our honeymoon there).

The book centers on 1937, when an elaborate spoof of the public — the newspapers, some department stores and a few locals were all in kahoots on it — unfolded in the newspapers, first locally and then nationally. It had to do with the sighting of a monster in the fishing waters of Nantucket, and the curiosity and fears that came from it. The newspapers printed “authentic” accounts of sea monster sightings and spun the story from different angles. 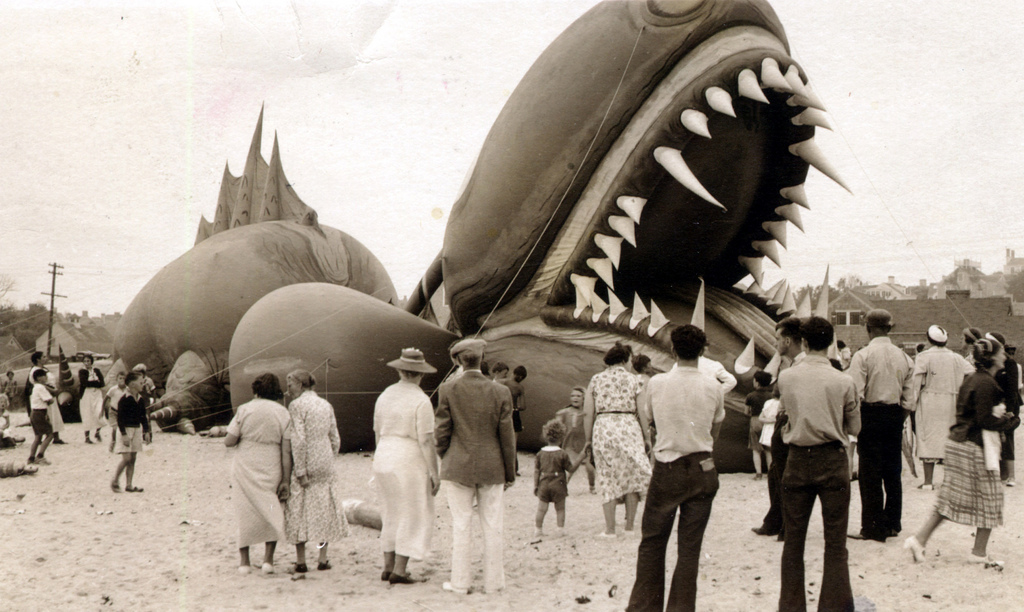 Finally, the collaborators let the public in on their joke — an elaborate stunt by a local balloon maker getting ready for Thanksgiving Macy’s Parade. The monster was inflatable.

The picture book story is helpful for framing a discussion about Fake News because it points to gullibility of readers, responsibilities of the media outlets, and the way businesses use these elements to market products or information. I’ll also reference the use of radio in the War of the Worlds broadcast in 1938 (a year after the Nantucket incident).

Cut to modern day and the political use of news items and news outlets as rhetorical arms. Our work in the classroom is to make visible as much of the fake news phenomenon as possible and give them strategies for considering source and material for what we call “news” these days.

All in all, I recommend The Nantucket Sea Monster (A Fake News Story). While its reading audience might be younger than my sixth graders, I am always bringing different picture books to the classroom, and this one is a gem.