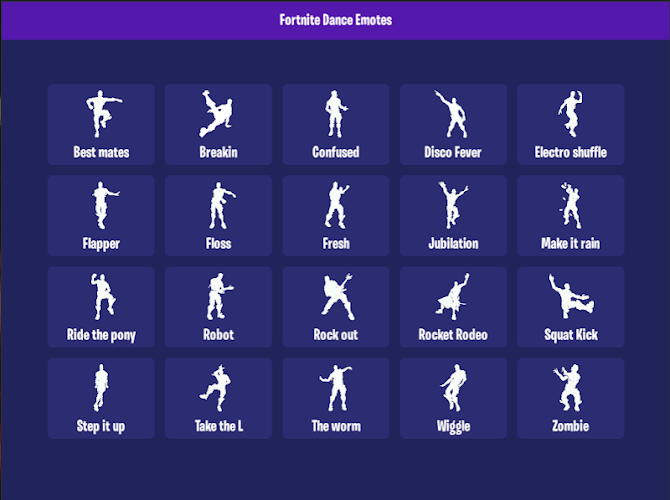 I’ve written a bit in the past about noticing my sixth grade students breaking into dance moves from the video game phenomenon, Fortnite. It will happen when we have a few moments of down time — usually, at the end of the day, waiting for the buses to arrive. Suddenly, the back of the room will come alive with a bunch of boys (usually it’s boys) doing the Floss or something else. This never happened in the time ‘Before Fortnite.’

These dances are known as “emotes” (that link will give you full details about each move, and its visual messaging to other players, and it is fascinating to explore). If you didn’t know about emotes, they are used in the game to express a player’s emotion, usually in victory over someone else. Also, players can pay money for more emotes beyond the handful of free ones. So, you know, no surprise, but there’s a profit margin here.

Anyway, last night, my wife and I were at a Bar Mitvah celebration for the sons of some close friends, and the DJ had all the kids on the dance floor for extended periods of time, and the large crowd of kids (again, mostly boys but some girls) were doing a variety of intricate dance moves learned in Fortnite.

It seemed like every kid knew every dance move.

They were even teaching the DJ some new ones, which shows how quickly things change. Later, as we adults all took the floor to dance, too, the DJ added a few Fortnite references to the shout-outs for us, although he was careful to mix them in slowly and not choose the more bizarre ones (we did not all Floss at the same time, although that would have been rather amusing).

It’s a testament to the current power of the video game to influence pop culture and an intriguing way to use dance as cultural currency outside of the game itself. Perhaps I only see a narrow view of the world (my classroom and other related spaces with my teenage son), but I’ve never seen more boys interested in dance moves than now, with the Fortnite influence in full effect.

There are other more concerning considerations, too, such as the message it sends of dancing in victory over another defeated player, as an indication of professional sports impacting game design; the influence of any video game on emerging youth culture (nothing new); and the public complaints of artists about Fortnite not crediting and paying for their original dance moves used in the game itself. (Is there a Creative Commons for dance moves?)

Emotes are another under-the-radar element of youth culture worth noticing, at least. Something new is coming. It always is.