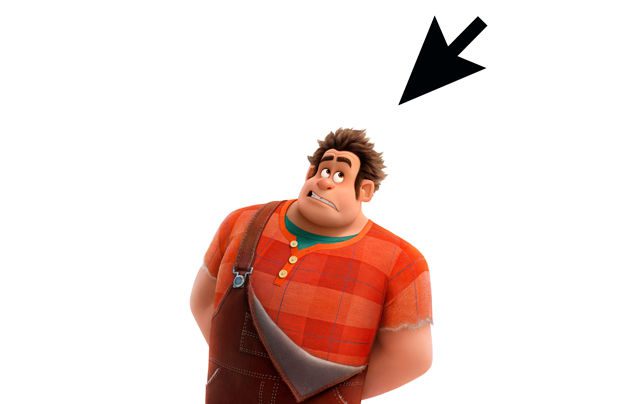 I took my youngest son to see the movie Ralph Breaks the Internet yesterday and it was enjoyable entertainment with an Internet theme. Not as good as Wreck-It Ralph, the original that surprised with its knowing insider’s look at video game culture, but still, the new movie is plenty of fun with lots of inside cultural jokes.

I was struck by one particular poignant scene, where Ralph is trying to save his friend, Venelope, by making stupid/dumb/viral videos for a YouTube clone in order to generate “likes” that become “money” he can use to replace something broken on Venelope’s racing game  (the movie conveniently skirts the issue of how this connection is made — through targeted advertising of viewers). Ralph wanders into a corporate back room, where a global video comment feed is scrolling.

As he reads the feeds, Ralph slowly realizes just how terrible and how awful and how mean these people are being to each other through veiled usernames. The vitriol and the anger and the meanness of the comments deflates our hero, who thought the Internet was for the good of its users. The algorithm character in charge of the video system comes in, sees what Ralph is seeing, and sort of shakes her head, and then suggests to Ralph that he just “never read the comments.” She turns her head to the problem, just like YouTube and others have consistently done.

In the movie, Ralph “breaks” the Internet by letting loose a virus that seeks out vulnerabilities as a way to protect a friendship, and the results are haywire craziness. I won’t give the story away.

But listen, our real Internet is broken, too, and maybe we need to get a little Ralph on it. Not with malware and viruses, which are part of the problem, but with a new vision for what the Internet might be.

This topic of where we are and where we might need to go has been on my mind a lot lately, with inquiry through E-learning 3.0 and Equity Unbound courses, both of which have examined the weaknesses of our current Internet and Web systems through the lens of identity, data, algorithms, and more.

It may be that the way we “break” the Internet is by leaving it completely and starting over somewhere else. Or maybe we realize it’s a big ship, this Internet, but perhaps, working together, we can still turn it around. There’s a lot of good out there. We can build off that.

PS — So, I noticed a ton of named Internet companies mentioned in this movie and what I could not help wonder as I was watching the movie was this: Did all of these companies pay for product placement? I did some cursory searching this morning but found nothing much about this topic (this article mentions the movie but doesn’t answer my question). Given the push into paid placements of products in movies and television, it’s a valid question, right? To wonder if eBay, Google, Pinterest, Instagram, Snapchat, and others paid to gain access to our eyeballs in the theater? I am particularly alarmed for the young viewers that this movie is aiming at. And if these companies did not pay for access, why didn’t the movie makers change the names to spoof and poke fun at the giants?