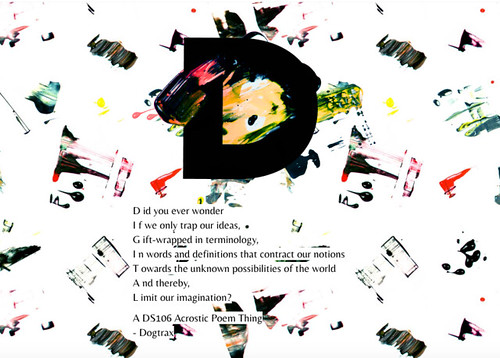 About six years ago, in 2012, my friend, Anna Smith, and I had a conversation.  A chat about Digital Writing. Through digital writing. With meta-explanations of how we write digitally, pulling back the veils on our process notes. Others, like Terry, joined in. We wove this all together, somewhat through our blogs and through the National Writing Project’s Digital Is site, and curated the conversation through a site called Jog the Web.

Like many other tools, Jog the Web is now dead, and with it, our curation conversations. Digital Is is gone, too, morphed into The Current. Someone came along and ate most of our breadcrumbs.

Anna kick-started another call for conversation this week, referencing our previous collaboration, and that had me working to find things that had gone missing — our digital writing was now so dispersed, it was hard to find.

Maybe this observation is where we are at now, with digital writing tools. We write in many places, across many platforms. We make media over here and post it over there. We add comments and then forget where those comments were left, so any response is hardly seen. We’ve distributed ourselves with technology to the point where we can’t hardly find ourselves anymore.

Spurred on by Anna’s recent wondering and Terry’s reactions (and his deep-dive start into new explorations), I began to go through different places to find our old stuff. I wish I had done a better job of backing up our Jog the Web (which was really quite useful, as you could “walk” through our posts in a sort of timeline-like effect. Oh well.)

This effort will have to do. I won’t pretend these are in completely chronological order … maybe it doesn’t matter anymore.

Peace (in the lost chatter),
Kevin