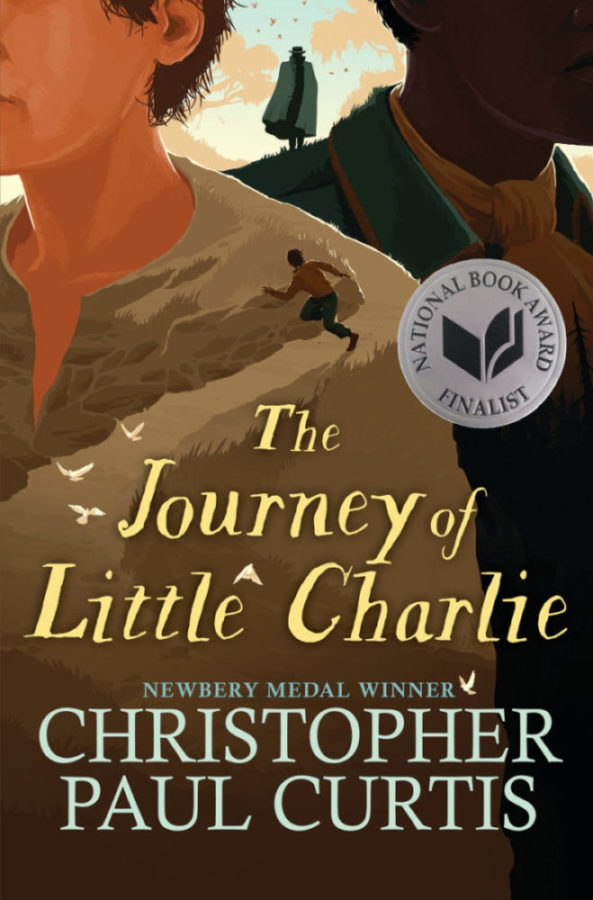 Once you get Charlie’s voice in your head — and it takes a few pages for the rhythm to settle in, for writer Christopher Paul Curtis pulls you right into young Charlie’s vernacular speech of the South during slavery, where Charlie is a poor white child whose father has just died and Charlie is left to cover his father’s debt — you’ll never lose Charlie again.

In The Journey of Little Charlie, the story centers on the boy, as big as a man but still learning about the meanness of the world, as he accompanies a slave catcher to the north on a mission to find and return some runaways. Charlie does not want to be there but his hand is forced by his situation.

And time and again, we see the world through the boy’s eyes, a world full of injustice and cruelty, and Charlie’s own discomfort with things, but also, his inability to do much about it. He’s a boy, after all, in man’s world, and the man he is following — Cap’n Buck — is not one to be trifled with.

Without giving the story away, Charlie is faced with a moral choice, a tangled situation in which the boy must become a man, sooner than one would hope, and the decision Charlie makes impacts many in the Cap’n’s orbit. Curtis, a master storyteller, pulls it all off by diving deep into the head and the heart of Charlie.

Once you’re with Charlie, you won’t ever forget Charlie.

Peace (in the escape),
Kevin