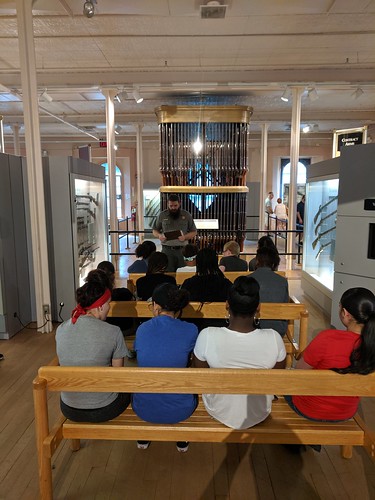 Yes, my blog title was designed to be provocative. Thanks for following it here.

I am a few years into a partnership between the Western Massachusetts Writing Project/National Writing Project and the Springfield Armory National Historic Site/National Park Service, and this topic of guns is often on my mind. The Armory, after all, as one of two main arsenals of our United States government for decades (the other was in Harper’s Ferry), is all about guns and weapons of war, and we use the Armory Museum itself as our classroom for summer camps (one just ended) and professional development courses for teachers (another one is planned for the fall.)

Reconciling the use of a building housing devices of violence with the rich history and the amazing primary sources it provides as windows on the past is one I still grapple with, although I continue to find the partnership to be fruitful and collaborative and informative at all levels. Still … guns. They’re everywhere in our learning spaces.

Here’s what we have done to try to balance or mitigate these two often conflicting ideas when we have worked with middle and high school students at our summer camp we run at the Armory itself (and also, some of these are how we work with teachers to use local history in their classrooms):

Four years into my partnership with the Armory (which began two years before I even came into the mix with other WMWP colleagues), and I still feel a bit unsettled by the weapons part of the museum. It’s an entire wing of weapons, including grenade launchers and machine guns and other advanced killing technology. Cases and cases of them, all tied to history, of course. 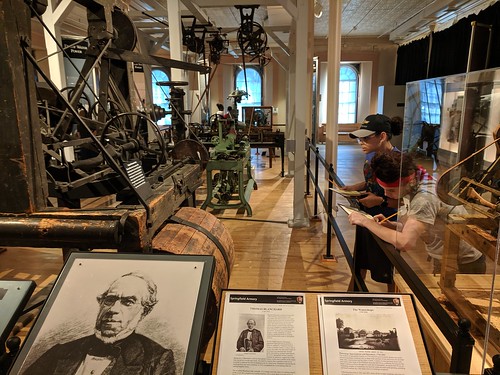 Even as a former soldier (infantry sergeant, National Guard) who was once trained on many of the modern weapons in the cases, I always encounter my own internal resistance to bringing young people in there. I am strongly in favor of gun control legislation and abhor the political work of the NRA to influence politicians to thwart any kind of reasonable measures to protect lives from guns.

Hopefully, by finding other ways to connect to the history of the Armory, we bring the importance of the building and the site to the surface for city kids who might not otherwise be aware. For some, the guns are what brings them to camp. This is the reality. Our job is to the show the toll of guns, and the role they played in America’s wars, but also to use them to tell the stories of the people behind them.

Peace (I mean it),
Kevin