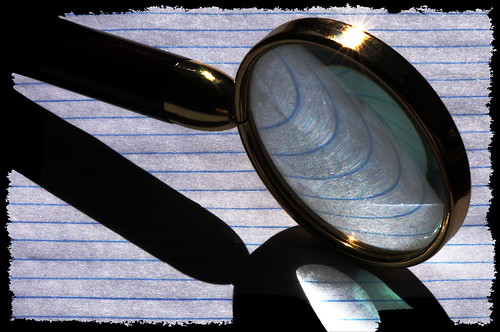 I don’t blame Google for adding a plagiarism detector into its Google Classroom suite. I suspect teachers have been asking for such a tool, given the ease of cut/paste from outside sources and from each other, and the cost of other service that do the same job.

In fact, last year, a colleague of mine in an earlier grade was worried about some students with the exact same language in an essay for a public safety project. One had shared with the other, via a Google Doc, and some text lifting had occurred, apparently. Perhaps it was an act of friendship more than theft.

I have mixed feelings about the use of plagiarism tools, from an educational standpoint, even though I use Google Classroom regularly with my sixth grade students (but not exclusively Google Classroom … it’s good not to have everything run through Google, for privacy reasons and for experiential reasons). I also realize that high school teachers might have a different approach than I have, given the grade level I teach.

First, the Originality Reports function that Google will be rolling out with Google Classroom in the near future (see Google’s info page) has this Orwellian vibe to the language of its name, doesn’t it? But it’s catchy, too. I give them that. Originality Report.

According to the company, students will be able to check their own work three times against the search database, before submitting a piece of writing, and then teachers can do a check, too. There apparently will be also be a future option to create an internal database of student writing, to be used as a database.

Student work that has been scanned with the tool is not retained or owned by Google. We search for what’s publicly available on the web. In the future, we plan to add an option for schools to have a private repository of student submissions – that they own – so instructors can see peer-to-peer matches. — https://edu.google.com/products/originality/?modal_active=none

Despite Google’s public statement of who owns the student work in the database, I worry about this gathering up of student writing and wonder (again) who owns the words that young people write in a school-sponsored online space like Google Classroom. This issue of ownership of material surfaced with Turnitin, right? And it just sold for $1.75 billion dollars. Plagiarism detection and gathering student work is big business.

As a teacher, I often thoughtlessly assume that whatever my students write, the writing is theirs. They own it. Perhaps I am naive. In fact, I know I am. Anything a student writes for me in a school online space is, in fact, now part of the school’s technology infrastructure, and I suspect those words written, either for assignments or for pleasure, are now owned by the school district. It’s probably in the terms of service. And, well, there’s something unsettling about that, even though I don’t worry about my specific school district. At least, I don’t worry right now, under this school/technology administration.

Is that good enough? Or is that just convenient for me, the teacher?

This also reminds us, as teachers, that we need to be explicitly teaching our students about the use of text, of original ideas and borrowed work, of plagiarism in a Digital Age. We can’t let a technology tool replace the actual teaching, and in this age of accessible text, it’s never been more important to advocate for originality of ideas and writing.

Google’s move towards Originality Report project has surfaced some questions that I have probably avoided with myself in adopting Google Classroom, in terms of student ownership of their writing, and I’ll continue to grapple with it.

I suspect students, living as they do in the Age of Everyday Privacy Invasion, don’t even give this kind of thing a second thought. Which is sad and frustrating. And this reality makes me even more aware of my role as the adult teacher in the room of children, the educator bringing them into an online space for school. I have an obligation to be vigilant in protecting their privacy.

What do you think? Am I making too much of this?