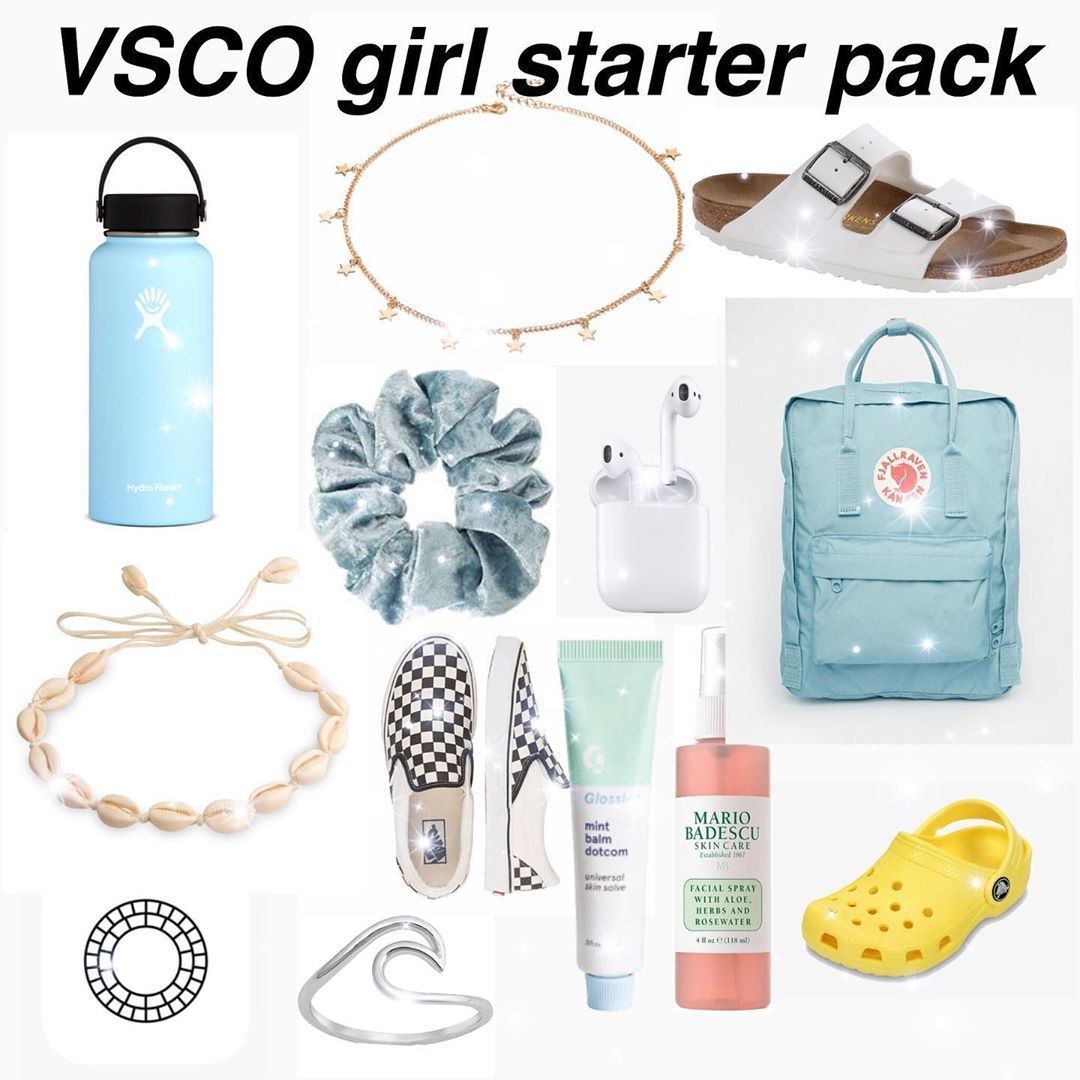 What to make of this? Since the first day of school, I’ve been hearing references and seeing references to being a ‘VSCO Girl’ in some of my students’ work and discussions. I did a quick search, and found that VSCO is a photo filtering app, and when I asked one of my students if calling themselves a VSCO Girl was related to photography and app filters, they gave me a look of confusion.

Their own explanation of what VSCO Girls meant was confusing to me, something about scrunchies and hydro-bottles and clothes, and so I decided I needed to do a little more research.  Doing so uncovered this summer-long viral meme of the VSCO Girl that had been completely under my radar. (To be fair, I am a middle age white man with three boys)

Centered mostly on Tik Tok, but now moving over to Instagram and YouTube and SnapChat, being a VSCO Girl is related to how a girl perceives themselves, and apparently, certain products and clothing are key elements.

Another element of this is the saying and typing of “sksksksk” (which seems to stem from slamming fingers on the keyboard or keypad) and “And I oop.”  (A meme reaction people use to show surprise on social media.) VSCO stands for Visual Supply Co. – the business which invented the app that sparked the meme that fed the movement.

One site, StayHipp, described it this way:

A VSCO girl is someone who is active on the VSCO app and/or whose style matches the aesthetics of VSCO. This trend has grown to the extent that “VSCO” is used as an adjective to characterize something or someone who embodies a VSCO girl lifestyle.

The VSCO girl trend is largely based on owning a specific set of items including Birkenstocks, scrunchies, hydro flasks, metal straws, and anything from Brandy Mellville. Many of the items associated with the trend are brand-specific and may be pricy, but things like homemade friendship bracelets and oversized T-shirts are just as important to the trend as AirPods and Instax cameras are. Each individual has the power to put their own spin on this trend, whether it’s through their attitude, style, social media presence, or just the good vibes they radiate.

Most importantly, being a VSCO girl, or even just dabbling in the trend is about keeping a positive outlook and having fun! — via StayHipp

It then goes on to list all of the objects that a VSCO Girl might have, and the cost, and how to buy them.

Which makes me think this is all part of some larger Product Influencer Campaign, to sell stuff to young girls by targeting their Girl Identity through social media. Which makes me wary of the trend, yet I’m amazed at how much the concept has filtered through my entire sixth grade classes in just a few weeks of summer. In a small activity yesterday, many tried to add sksksksks and I Oop into what they were writing. That includes boys as well as girls, which makes me wonder if the meme is turning into something else altogether.

A piece at Slate, in which the writer interviews some high school teenage girls, indicates that the whole VSCO Girl concept can be seen in two lenses — one way is that some girls view it as a connector point through social media, a way to “fit in” through style and choice, and another way is some girls see it as a way to mock the whole consumer-driven marketplace, making fun of the idea of products defining a girl. (And did you know there are not just VSCO Girls, but also Soft Girls and e-Girls?)

For the teens I talked to, most said being called a VSCO girl was a bad thing, something to be avoided. They were mixed on whether anyone would own up to being one or proudly proclaim her VSCO girl status, or any strong connection with it, to the world. — from Slate

Why do I have a sense that these two competing concepts of empowering girls and mocking girls, making its way over social media, are going to collide and the girls who just want to fit in are going to be the very ones who are going to get the most hurt?

How do I have a meaningful discussion about trends like this to give my students the ability to make decisions about social media and memes and empower them to question the viral nature of their world?

I suppose I can do that best by empowering them to be critical of the world, and to think on the power of real friendships, real connections, real people. I want the wonderful girls who spend their days in my classroom with me as writers and readers and members of our community to be true to themselves, and not just become some product of influence from the technology they use.