(Note: this art is created by using a Gephi visualization of early Rhizo posts on Facebook, according to Sarah, that I put into motion with an app called Pixaloop and then layered it on top of another image and filtered with another app called Fused. As Daniel notes, the constellation effect is a reminder that every dot in the image is a person or interaction. One one hand, circling a center seems against the Rhizome grain. On the other hand, the gathering effect seems metaphorical for the sense of shared community.)

Sarah Honeychurch shared the insight the other day that it was six year ago that a bunch of us joined Dave Cormier in a course-not-a-course called Rhizomatic Learning.

What participants called it was Rhizo14 (followed by 15 and 16 the next two years, if I remember correctly). Dave’s intent, in my interpretation of his intent (which may not be what he was actually intending — this aside is becoming its own textural rabbit hole … which, now that I think of it, seems appropriate to the context of Rhizomatic Learning … eh … ) was to look at learning and community from a different angle – not top down but bottom up; not centered, but dispersed — and the “course”  he offered was constructed on provocations on his part to get us thinking about educational practices and systems, including how a course might run without anyone running the course.

Dave, in the intro on the course site, wrote:

Rhizomatic Learning posits, among other things, that the community is the curriculum. That being able to participate with and among those people who are resident in a particular field is a primary goal of learning. In each of my classes the curriculum is, of course, filled with the ideas and connections that pre-exist in the field but the paths that are taken by the students are as individual as they are, and the path taken by the class is made up of the collected paths chosen by all the students, shaped by my influence as an instructor and the impact of those external nodes they manage to contact.

Cheating, Uncertainty, Community as Curriculum, Lurking as Agency, and more all forced us to consider our preconceived notions about the world we were living, teaching, writing, creating in. There was a hint of intentional anarchy in the whole thing, which freed us to follow our trains of thoughts where they would take us.

Some of us are using this opportunity in 2020 to think back on that gathering together — which led to all sorts of creative and analytical projects, and some of the folks are using that period of time to inform PHD programs and such. I know I met a handful of people through the Rhizo years who remain vitally important friends of my current networking adventures. 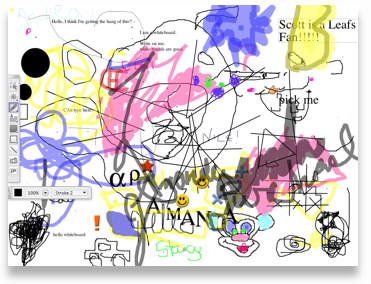 I remember diving into the Rhizo course without knowing much about what the concept of rhizomes really meant or how the concept might help me to learn, and help me to think about my own teaching practices. (To be frank, I’m still a bit befuddled by the term, particularly when discussion veers into the philosophical underpinnings —  via work of Gilles Deleuze and Félix Guattari).

I can say that I immediately appreciated the sort of open wonderment of it all — that while there were guiding questions, we were encouraged to take charge of our own learning, our own collaborations, and that this freed me to do poetry remix, explore different ways to write, riff off the work of others.

Going back to some of the old blog posts and bookmarked filed, it’s interesting to note how many platforms are now dead and gone from that time — some of the work, now long since disappeared, swallowed up by the death of platforms — but the learning itself remains, if not always solid in digital or paper format, at least it remains accessible in memories (and blog posts here, for me, where I often use blogging as curation).

The context of Rhizo is important — it was the time when universities and others were getting into MOOCs and codifying what was originally more open learning into modules and boxes, and those who first envisioned MOOCs (like Dave) were disappointed by this, I believe. The Rhizo years were a push-back on the commercialization of MOOCs.  Or that’s how I remember it.

There are many things from my participation in Rhizo that still resonate with me today, six years later, and that have certainly helped inform my participation and facilitation of such open projects as CLMOOC, Networked Narratives, Write Out, and more, where the concept of “community is the curriculum” is visible through intentional design to follow participants’ interests. I am also thinking of a project that I did in Rhizo called Steal This Poem, in which I wrote a poem about remix and encouraged others to remix the poem (and they did!). This kind of remix/collaboration/invite continues to this day on platforms like Mastodon, Yap.Net and more.

It wasn’t only Rhizo that planted the seeds. The Rhizo gatherings were an important part of my process to understand the possibilities, within constraints. That remains as relevant today as it was then.