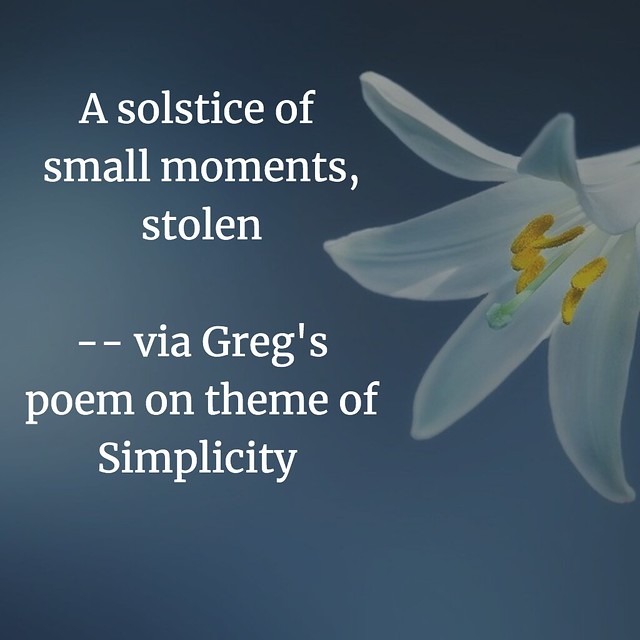 I spent some time yesterday, writing poems for friends. They were unexpected, I should think — for me, who wrote them on a spur of moment as part of our work this month via CLMOOC, and for my friends, who were probably surprised by the poems. (Learn more about what we’re up to and how you can submit words and get a free poem in return)

First, above, is a small poem that is less me than Greg. I grabbed a few lines from a poem that Greg had posted yesterday on the daily theme of “simplicity,” and the only thing I added was a comma, after moments. In doing so, though, his lines became its own separate poem, a sort of koan.

Second, this poem is for Ron, whose work as an artist is always interesting to me. He makes picture books and does daily artwork and sketches, and is always up for another connected adventure. 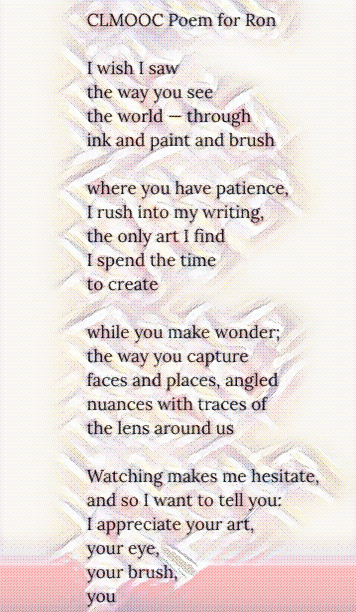 Ron and I know each other through CLMOOC and DS106 and other adventures. His poem began in digital format, but then I wanted a more static version, too.

Finally, this poem is for Raymond. 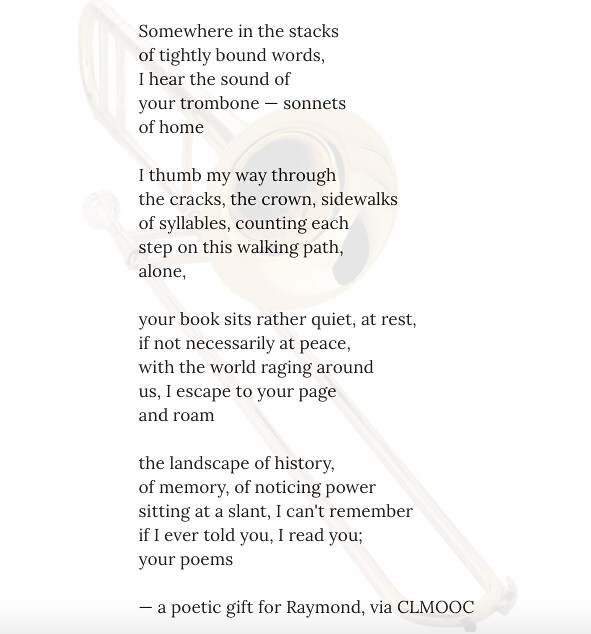 Our paths crossed years ago in CLMOOC, and I bought his small book of poems, a book that inspired the poem. We still interact now and then, and although I think our political views are quite different, I enjoy understanding Raymond’s perspective and reading his poetry.