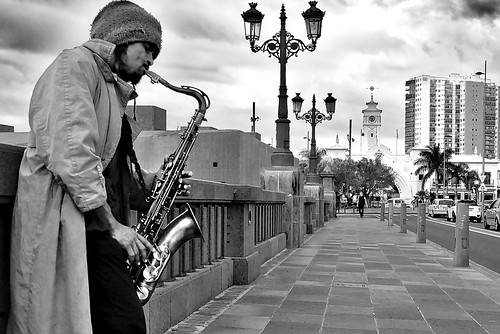 I’ve been writing poems over at Ethical ELA for an August OpenWrite. This one is inspired by the form of a pantoum, which has a mathematical element to lines moving through stanzas.

Don’t Stop With the BeBop

Grease the cork; wet the reed –
– don’t stop with the bebop –
as your fingers touch the keys
forget it all for the sake of the tune

Go ahead as the needle’s dropping
on the old vinyl grooves,
the flatted fifth keeps hopping
with the corner street blues

The old vinyl, in its groove,
with static of skipping time
and old corner street blues,
syncopated rhythm and rhyme