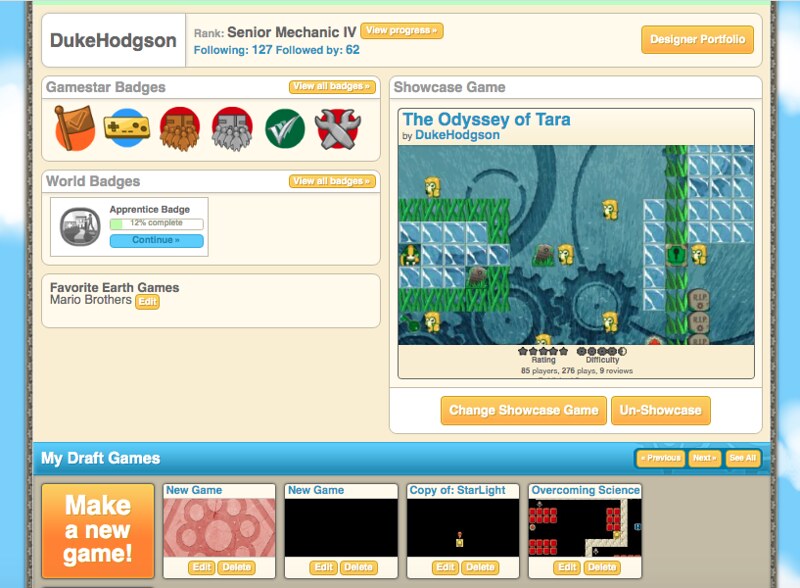 Even knowing the end of was coming, I’m still sad about it. For (not sure how many years but more than I can remember), I have been using Gamestar every year to teach game design and alternative story-telling to my students, as well as bringing them into a game space where kids all around the world play and publish video games. I was introduced to Gamestar at a National Writing Project event, and I immediately saw all sorts of possibility, and once I got started, I never looked back.

I want to say, the people at ELine Media and Gamestar have been amazing to work with and communicate with over the years. I’ve had my students write letters to the developers about features they hoped to see, and we’ve had Gamestar Mechanic folks respond to my class in video visits. They have been responsive when I have reached out as a teacher. It’s been a pretty terrific experience.

We’ll squeeze in the one last small game design project (our Hybrid Learning Model makes this unit of instruction even more difficult) and I’ll keep an eye out for possible new developments on the Gamestar Mechanic front (they sent some news of a stand-alone browser-based app being developed, so I am going to keep my eyes on that news. It won’t be for Chromebooks, it seems. We use Macs.)

I completely understand why Gamestar could not invest in the move away from Flash to something else (like HTML5), for it is funded mostly by grants (I believe) and small subscriptions and probably has long been running on a shoe-string budget. I’ll write up my own final thoughts about Gamestar some other day.

For now, we’re just going to keep on designing, making, publishing and playing until the screen goes dark.