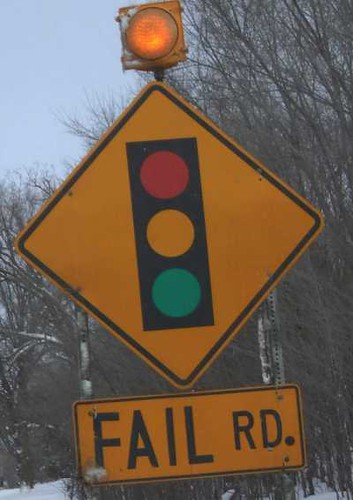 “Fail Road” by fireflythegreat is licensed under CC BY 2.0

As a teacher who often brings up current event into my sixth grade classroom, I should have been better prepared for talking about the riots and storming of the Capitol Building on Wednesday by Trump supporters, but I wasn’t. I don’t know why not. Maybe I was still trying to process the news myself. Maybe I was worried that talking about it would start me, as the teacher, on a political diatribe against this administration’s effort. Maybe I didn’t know what families had talked about and didn’t have a clear sense of lines.

But the topic came up, rather quickly, when one student asked, in a sort of whisper, if I had seen “the news about DC” and how terrible it was that people had died and another student, who has long been an open Trump supporter, called the breaking in of Nancy Pelosi’s office “a beautiful thing.” Another chimed in about images of broken windows and selfies that the rioters had taken and posted.

This took me aback, particularly the ‘beautiful thing’ coming from that particular student, whose personality is so peaceful, calm and nice. To hear them celebrate insurrection alarmed me. I took a breath, and led a quick discussion about the line between street protests and rioting, and didn’t even venture (yet) into how misinformation can be used to foment violence. We also chatted about the peaceful transfer of power in the United States as bedrock of Democracy.

I’m not sure I did a good job leading that discussion, to be honest. I’m trying to figure out how to approach it again today with information and respectful talk.

This PBS Resource is helpful for framing discussions.