If today were school, there would be none (it’s February winter break). I’m just back from walking Dog Number 1, our elderly dog, and the covering of black ice and downpour of steady rain on top of the ice made for a most difficult stroll to the corner of the street and back again. He has a bad leg, and icy conditions are tricky for him to walk in. I just wanted to go slow, too.

So we inched our way down the street, the dog and I, as he tried to find his footing enough to take care of the morning business. I kept encouraging him, go slow go slow go slow. Mostly, he did, at a slower pace than usual, but at the end, as we made our way up our ice-covered driveway and found ourselves at the wooden steps, his paws could not find the usual friction and he started to slip, so I had to lug the old Lab up the three steps.

He looked up at me, grateful, I think.

Now, as I write this to the sound of the rain intensifying outside, I am wondering when Dog Number 2, the puppy, will barrel downstairs from the boys’ bedrooms, and what kind of adventure THAT will be as her energy meets ice, with me hanging on.

I saw this article in the New York Times about a collaborative game you can play with poetry and a deck of flower-themed cards. They called it The Flower Petal Game, and I decided to give it a try on Twitter with the CLMOOC hashtag, and sure enough, I had some friends playing along.

And now Wendy, and maybe Sarah, are going to spur us into another round on Twitter. Use the #clmooc hashtag if you want to play along, too. 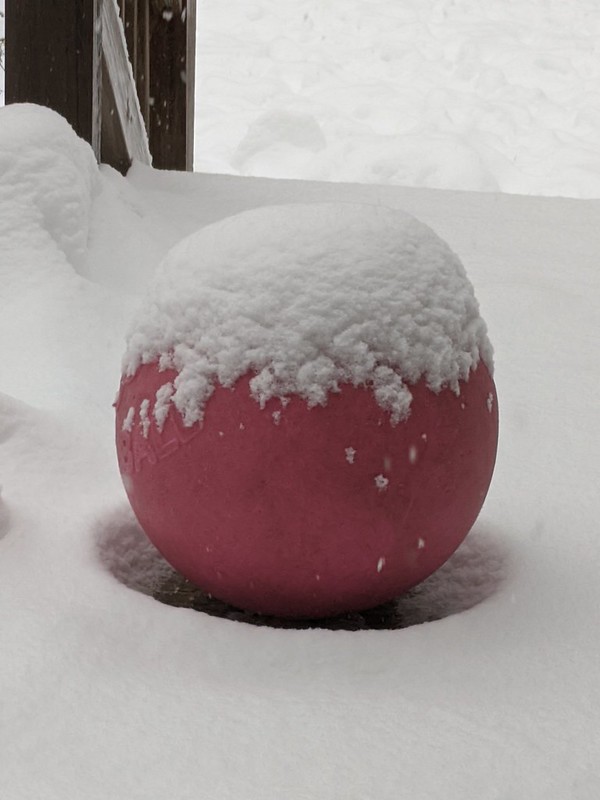 Peace (whatever the weather),
Kevin 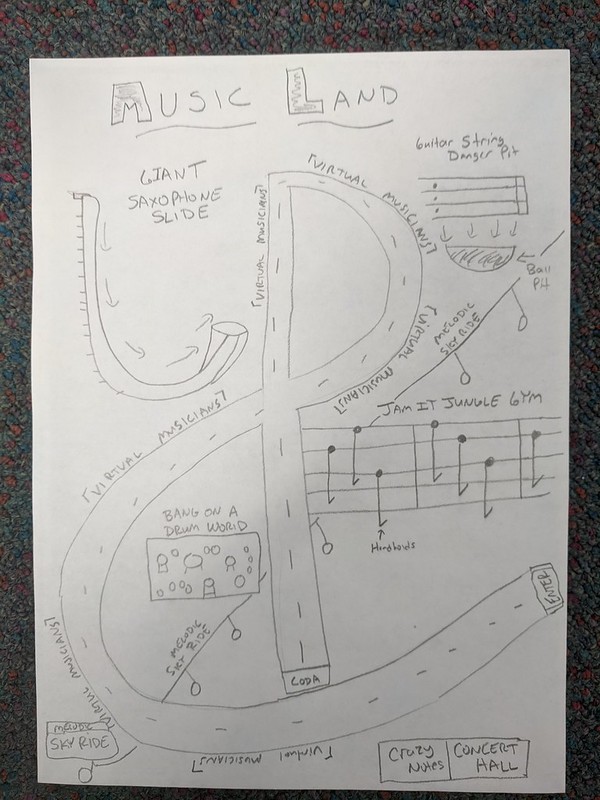 In our Informational Text unit, I have my students do all sorts of writing and activities, integrating design and art as well as informational text. The other day, they were designing out the map and plan for a Theme Park based on a theme, and as they did so, so too did I (as usual). My musical park could have had a catchier name but I had fun designing a place around music ideas. 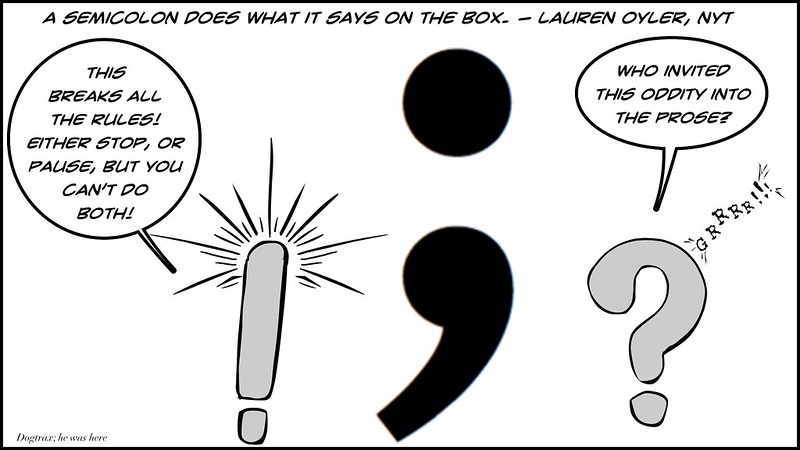 Peace (with a pause),
Kevin

The latest Learning Event for Walk My World is about the Shape of Stories, and for some reason, I went literal in my mind, thinking of the triangle as a metaphor for sharing a story. I’ve explored the elements of Shape of Story before so I figured I’d think about it at another, eh, angle and let a poem, eh, take shape.

So, I wrote a poem using some of the vocabulary of math and triangles, and then, because we had a snow day and I had some creative time, I took the poem in all different directions just to see how I might twist its shape a bit more. I wasn’t all that sure what I was after. A traditional shape poem didn’t seem to capture it for me but this isn’t too bad. With shape poems, sometimes, the shape takes over the poem, and the words let lost.

* Where this hypotenuse slides ever downward *

* into angled corners to form an imperfect *

* vertex of legged lines is where the *

* shape of story finds its point, *

* then rests itself upon *

The straightforward text formatting is OK. Just nothing special. But the focus is solely on words, not shape. Here, I was more concerned with where a line ended, and where one began, for flow. I was less worried about that with my shape poem experiments, where the overall shape dictated line breaks.

Where this hypotenuse
slides ever downward
into angled corners
to form an imperfect vertex
of legged lines is
where the shape of story
finds its point, then rests
itself upon another
teetering edge
of the world

The following collage shows three different visual takes as I tried to play with how to put the poem into a triangular shape or to least add words to visual imagery.

The top image (also at top of this post) became my favorite, although I wish I could have thought more deeply about the line length numbers to make them mean something. (they don’t). The bottom right was sort of interesting, with the edge of the world falling off the edge of the triangle (that one was done in MS Word). The bottom left was done with the Pablo site, but the image gets lost behind the words. 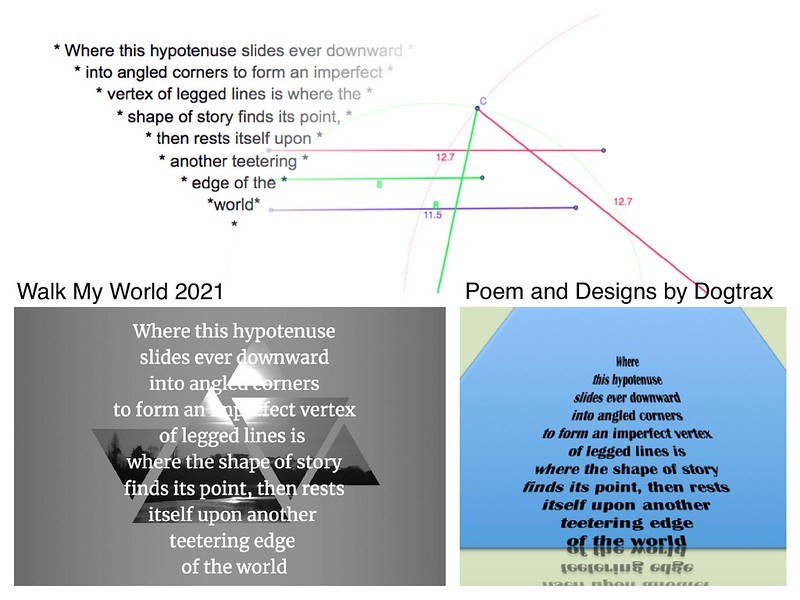 Then I found myself composing a soundtrack. My aim had been to use more “triangular” loop and sounds (which are often rough edged due to the jagged wavelengths) but in the end, those didn’t work for me as I had hoped because they were too fuzzy and too raw.

So I made some other loops and tracks, and added a literal musical triangle ringing at the start and at the end. I also ended up reading the poem forward (ending at an imaginary musical vertex point) with audio effects and then reversed some of the words to traverse the poem backwards along the line to an end.

In doing all of this, I pretty much ignored the activity instructions but that’s the best part of being an open participant in any network — I can go my own way and not stress about it. 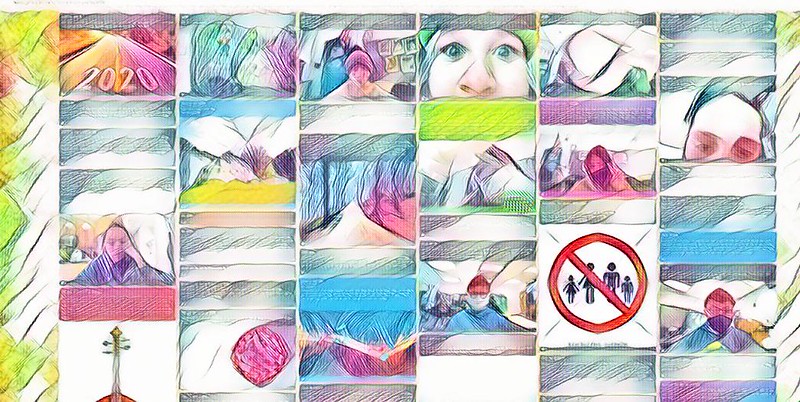 It’s a year or so into the Pandemic, and it seemed like a good time to have my sixth graders reflect in writing on life in the Pandemic. I framed their responses as a Message in a Bottle (digital version) for Future Historians. We used a Padlet wall to write and I asked them to share both the challenges and the positives.

While the Pandemic has been disruptive and terribly destructive, the lock-downs and social distancing have also opened up some unexpected opportunities for many of us. I wanted to make sure my students were not deep in just the negatives (they wrote plenty of these — from missing family to feeling isolated to wearing masks to missing the normalcy of school).

Here is some of what my sixth graders wrote on the positive side of things: 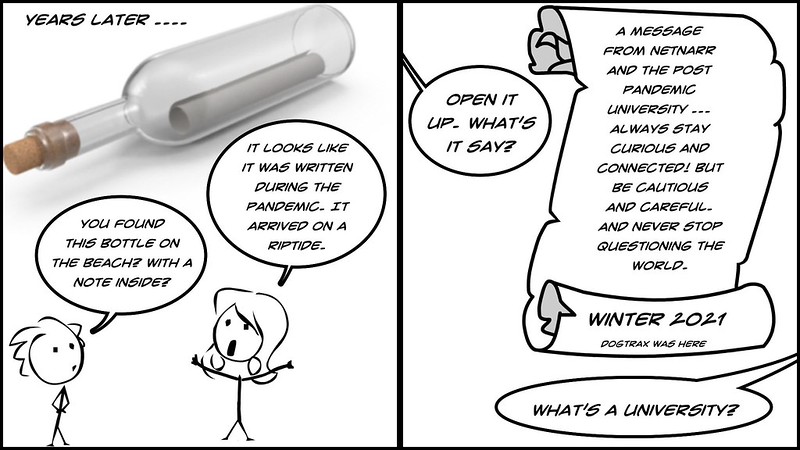 I’m not completely sure what I am doing here, but Networked Narratives is designed on the reality that the Pandemic has changed learning at the University level. I followed the lead of some others in designing some art about this concept.

It’s not that I think this disruption will completely dismantle higher education, but it is going to be impacted (as it already is) by technology and remote learning and more.

That’s worth noting and thinking about, and the NetNarr folks (a mix of professors, classroom students and open learning folks, like me) are exploring the aspect of change in learning and the next question of: Then, What? 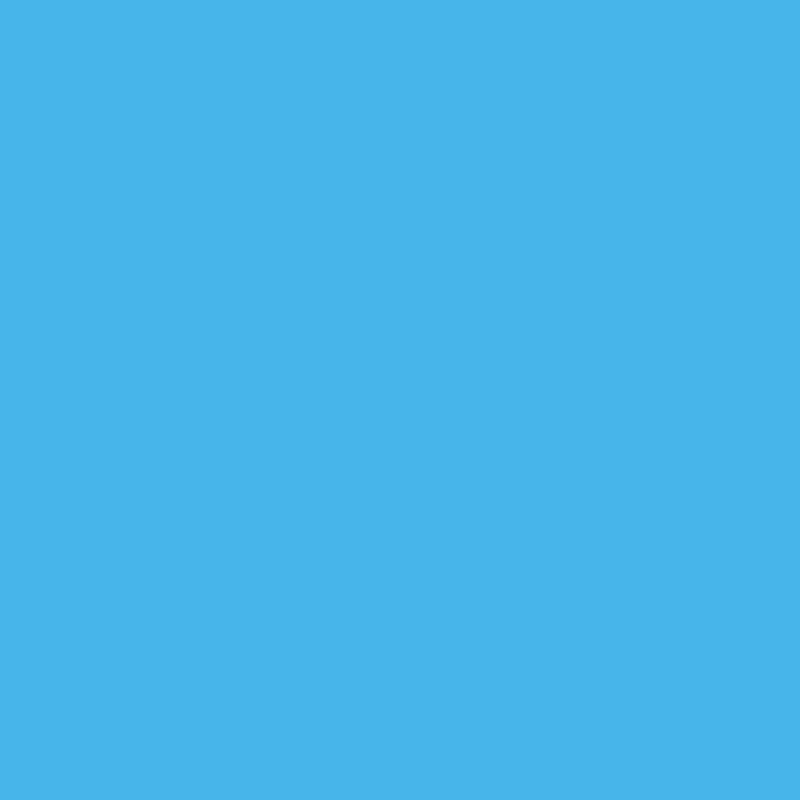 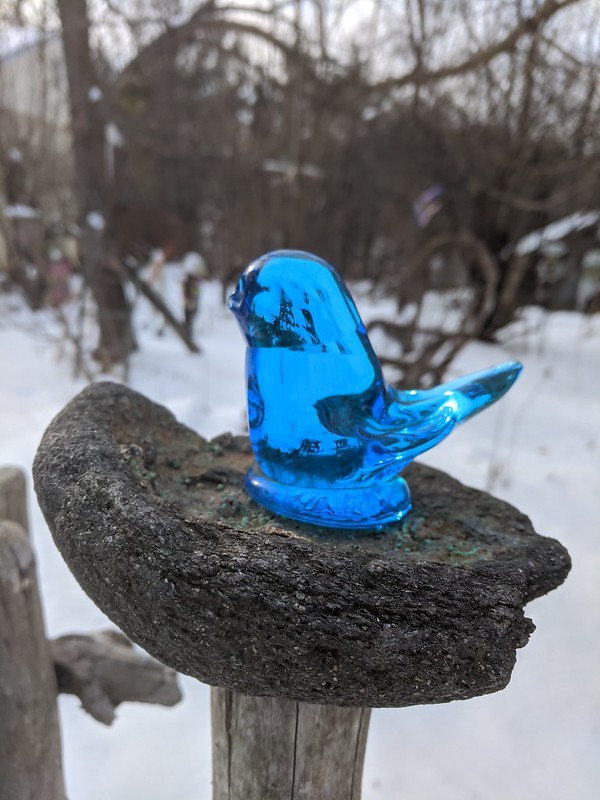 There’s something to be said about stepping into the thinking pages of a talented writer, particularly one who has strong views on the world and yet who also has an open curiosity to the mysteries of stories. This is what you get when you read the essays inside Daemon Voices (On Stories and Storytelling) by Philip Pullman.

Pullman made his name with the His Dark Materials trilogy (which begins with The Golden Compass), is rich with allegory and fantasy, and his most recent fiction trilogy — The Book of Dust — pushes the story even further (with great success, I would argue). He writes with a quick pace of story and with an understanding of how to build an imaginative world that makes sense for that story to be told and for characters to be challenged within that world. These tension points are what drive Pullman’s tales.

Daemon Voices (On Stories and Storytelling) collected a series of lectures and writings he has done over the years about the art of writing. While some of it felt a bit too erudite for my tastes (and his debates about religion didn’t do much for me, so I power-read a few of the later chapters), his explorations of stories and characters, and themes, is quite intriguing, and his defense of children’s books as a legitimate art form with depth and artistry is worth a read alone. As a former teacher, Pullman understands what short thrift children’s stories often get, and argues that the field of criticism and publishing does not do it justice. Readers become writers, and readers become thinkers, Pullman notes.

I always enjoy crawling into the mind of a writer, to see what they see of the world. Of course, this experience is limited (we only see what he wants us to see), yet Pullman’s exploration of where his stories emerge from — mostly, unformed when he begins, and he finds the themes as he moves along into the story — and the way he remains open to inspiration as he writes is worth noting for anyone who writes.

Pullman is an intellectual guide into the art of the imagination.