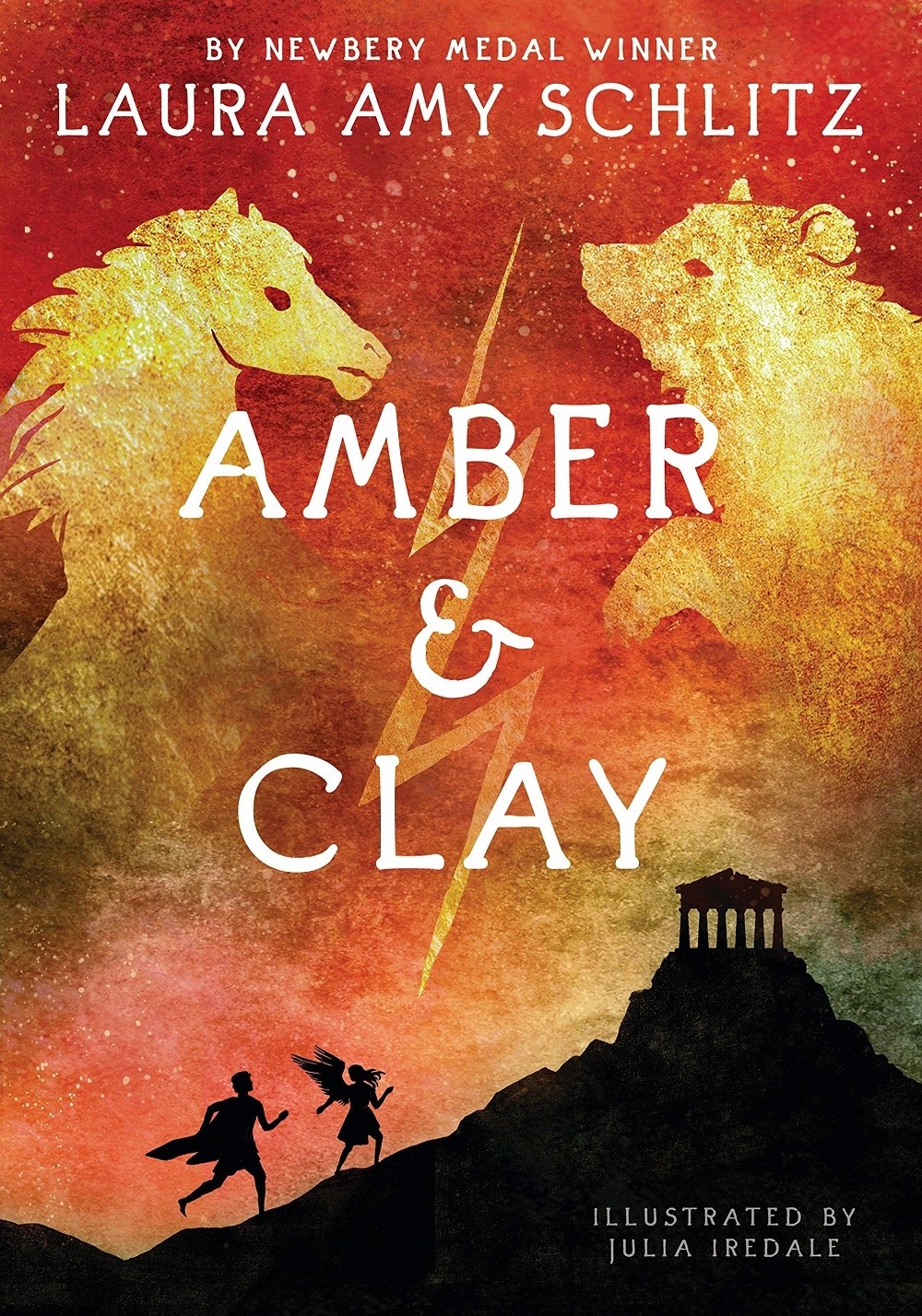 Laura Amy Schlitz’s Amber & Clay is an epic, all right, and told with a variety of narrative styles — Greek poetry, traditional prose, artifacts — that bring us deep into Greek Culture in Ancient Athens, as the lives of Rhaskos (a boy born free who becomes enslaved) and Melisto (a girl of means who dies too young) are entwined by the magic of the Gods.

Clay is Rhaskos, whose talent with art and clay is enhanced with the help of Hermes and Hephastias, among others, and whose role as a slave in Athens fuels the story forward. Amber is Melisto, the wayward daughter of an aristrocratic family. As a young girl honoring Artemis, she is struck by lightning during an important ceremony, and then bound as a spirit to Rhaskos by his mother (a slave in Melisto’s family).

As the story progresses, we come to learn that the trial of Socrates in Athens (and his death sentence) will play a large role in Rhaskos’ decisions that eventually free him, with the help of Melisto as his guiding spirit.

I appreciated the story, and the ways the story was told, and Schlitz’s talent for recreating Athens in all of its glory and follies (the sentencing to death of Socrates for being wise and questioning is long been viewed as a monumental mistake of hubris by the leaders of the city) is admirable. She weaves in voices of mortals and gods with verve and characters, and brings the loose ends together by the close of this novel.

As someone interested in writing, I also thoroughly enjoyed her author’s notes, where she writes about the struggle to balance verse with prose, and how her characters helped her find a way forward. She also explains how she used her research and historical records to underpin the story of these two young people, whose trajectories collide just when they need to, with the help of the magic of the gods and something akin to love.