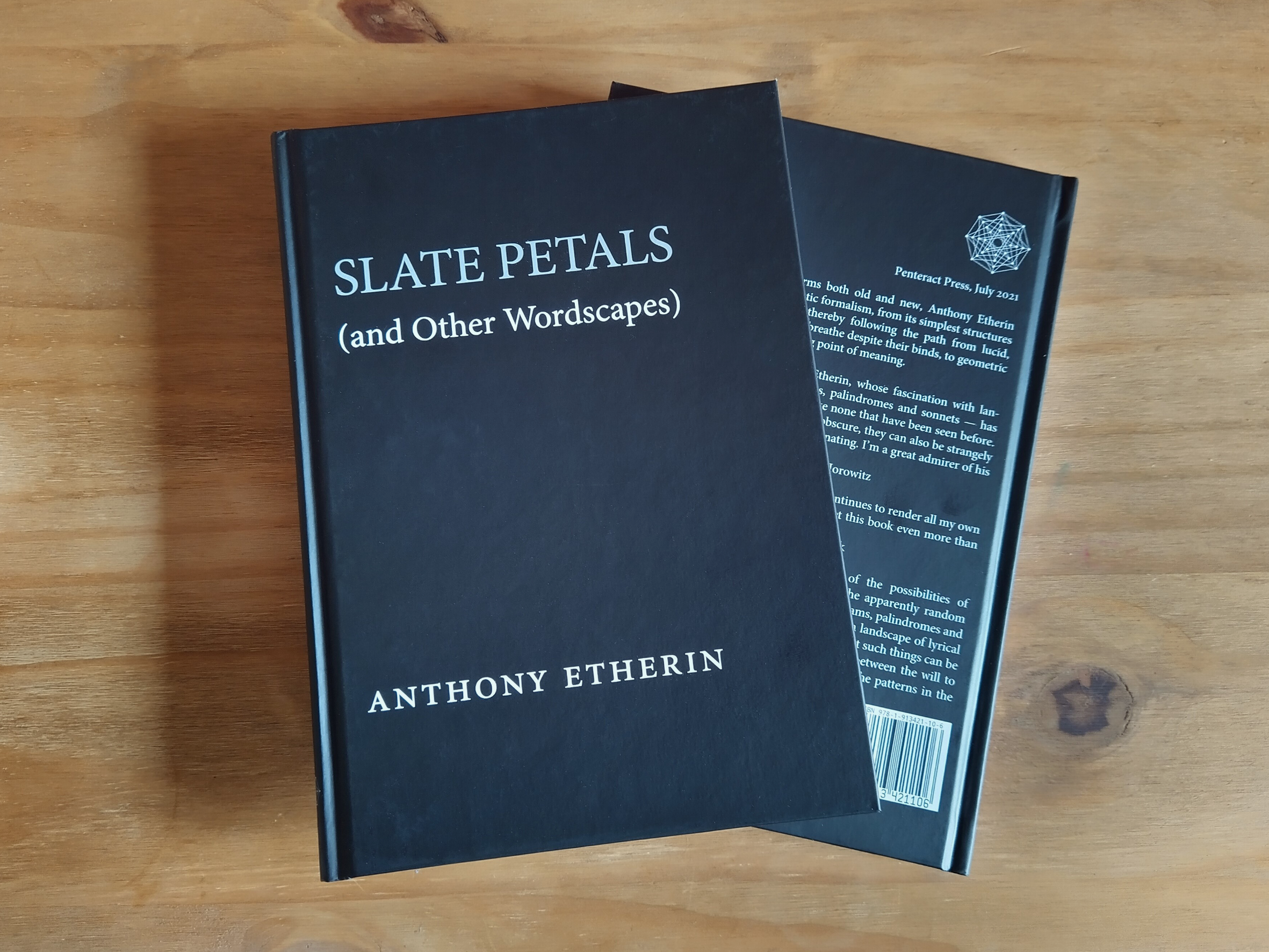 I first stumbled on Anthony Etherin‘s poetry on Twitter. What caught my eye was the visual formats and sheer playfulness of his odd verses in tweets, including some crazy palindromes. I ordered his poetry collection — Slate Petals (And Other Wordscapes) — both out of curiosity and to support a fellow poet.

I enjoyed many of the poems here — gathered under different kinds of ‘scapes: Landscapes, Seascapes, Skyscapes, Mindscapes, Lorescapes, Endscapes, and then at the back, Formscapes, where Etherin returns to the poem to further explain his intentions with form, concision and constraint.

It was this last section that brought a deeper appreciation for what Etherin was going after. For while I enjoyed many of the poems as I was reading them, I had trouble wrapping my head around the different poetic forms he was both working in and hen breaking way from. Etherin, in particular, enjoys many forms of palindromes, and word and phrase reversals run through many of his verses.

His visual poems, too, are surprising on second view, with the knowledge of what he was doing with ancient texts, or cut up poems, or invented visual letters, and more. It seems everything he does is an invention, fueled by the curiosity that I admire in writers and poets. He even has a musical manuscript in which he has composed a song palindrome in the book, too, for harpsichord. 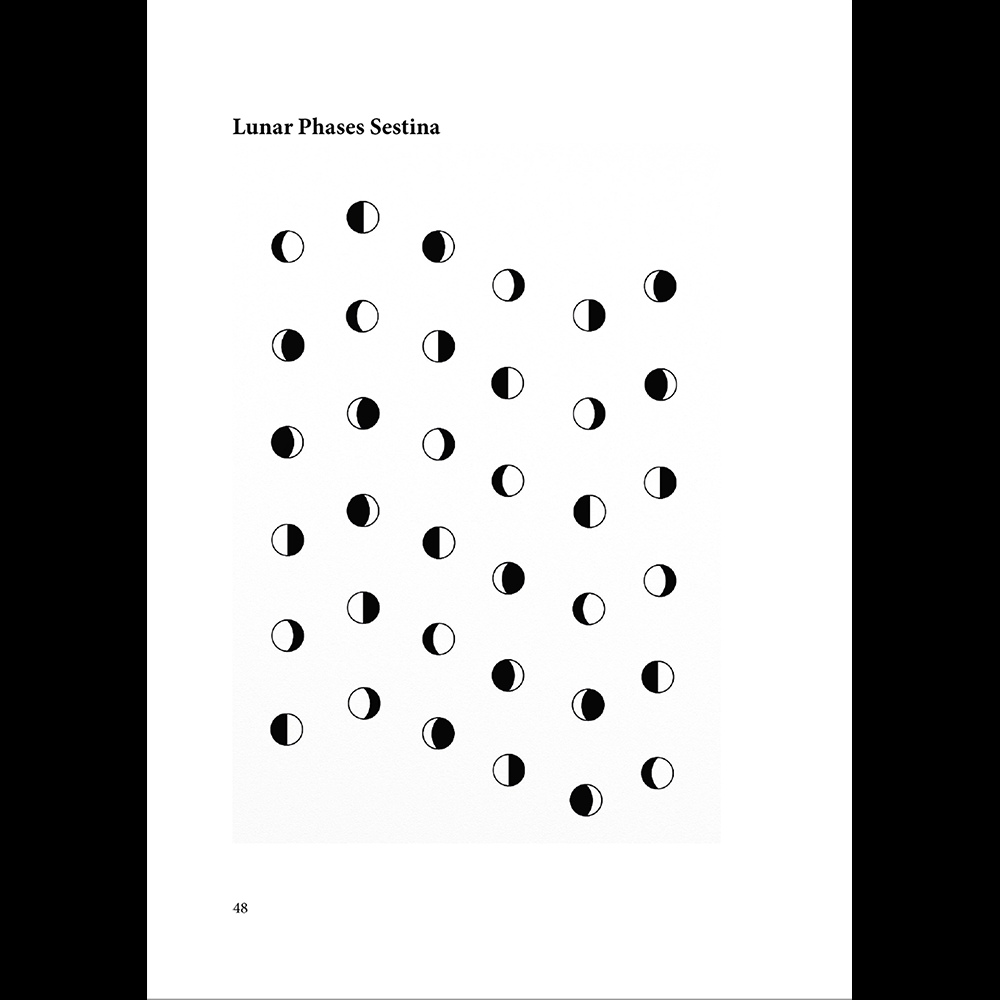 He also works with poems within poems, so that a new poem unfolds inside the larger poem, causing both intersections and dissections. In the book, he uses a lighter font color that draws the reader’s eye downward. 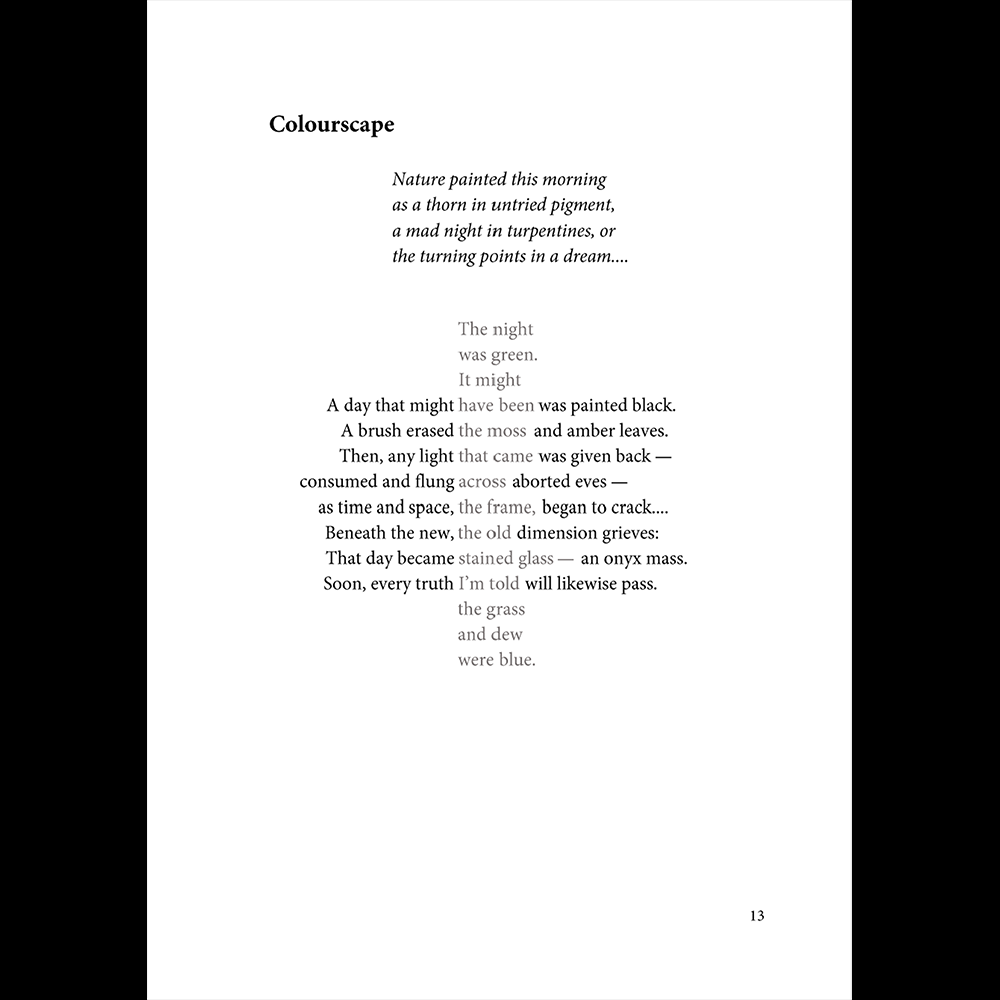 (Note: these images are taken from his Penteract Press order site for Slate Petals)

Finally, I noticed references to a form of poem called the Aeliondrome, which I had never heard of. Of course not. Etherin invented the form, and although there is a two-page description and definition that goes deep into some mathematical permeations and thinking, I am still getting my head around the form, which involves a palindrome-like reversal not of letters (as palindromes do) but of number sequences, or word parts and phrases.

Even when I wasn’t sure what form I was experiencing, Etherin had my attention. That’s a good trick of any poet.

Peace (and form and pieces),
Kevin