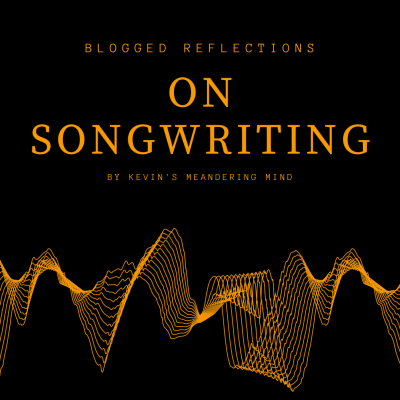 I’m always anxious about my singing voice, which is one reason why I always am ready to call anything I record a “demo” and cover myself from criticism (that I can’t sing as well as I should be able to, given how many years I’ve been at this).

So, in that vein, I’m going to be sharing a demo recording of the song that I have been writing, and writing about, in the open. The song is titled Million Miles Away (From Finding Me).

A demo recording is valuable for me as a songwriter because it sets into “tape” (or app) how I am hearing a song still in development. You’d think if you were writing a song, you would remember how it goes when you took a break and came back to the song.

I can’t say it happens often, particularly if a song is worth keeping and the melody line is running in my head, but there have certainly been more times than I like when I have returned to a lyric sheet and picked up my guitar, and forgotten a little melody line that is the heart of a lyric or a line or the song. If I have not have the foresight to record even a rough version of the song, I have to walk away in frustration. Sometimes, the lost piece will return the next time I try the song.

A demo recording at least preserves some version of the song as it is being written, and almost always, my demos are only guitar and voice, recorded these days on the Voice Memo app on my phone, and then moved over to my computer. In the early days, it might have been a cassette player or four-track machine.

For this new song that I have been writing about recently, this audio demo followed yet more minor revisions to the lyrics (something I wrote about in Posts 2 and 3) as I fine-tune words and phrases a bit. For demos, I just hit “record” and start playing, and as long as I don’t completely flub it up, it’s a keeper.

Listen to the first part of the demo of Million Miles Away (From Finding Me).

The next step for me now is to determine if the song is worth a more focused recording session on my computer, in which I would record the guitar separate from the vocals, and maybe have a drum track, and other instrumentations on it. I’m leaning towards that for this one, if only to complete this reflective writing adventure.

And I still like the song enough to keep pushing forward.