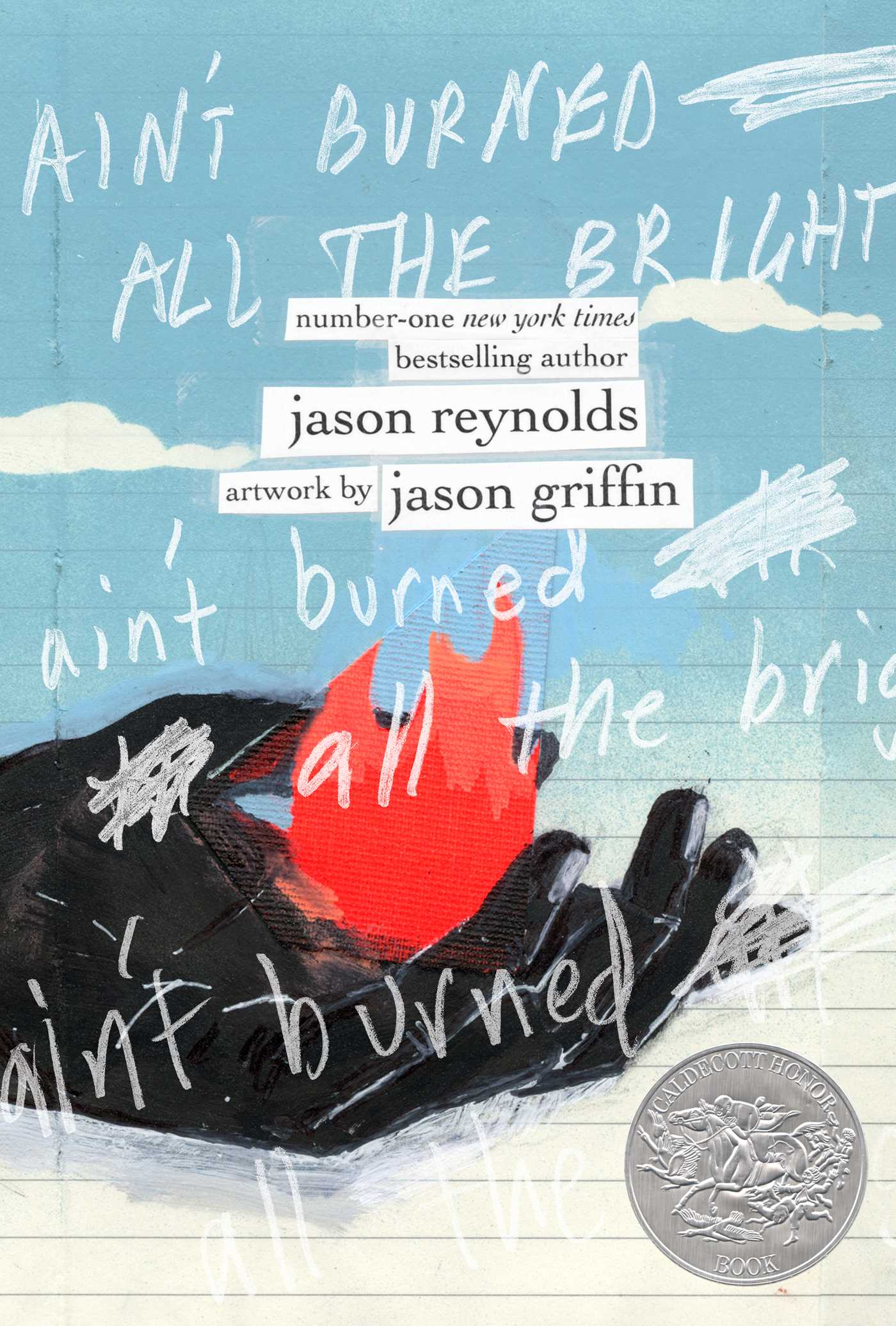 I read Ain’t Burned All The Bright, the new book by Jason Reynold and Jason Griffin, five times in three days — the first, to just read it. The second, to read the words. The third, to read the images. The fourth, to flip and remix the pages, and wonder at how such efforts could surface even more stories. The fifth was to remix it … I’ll share that tomorrow.

How to explain this book? It’s a three-sentence text (long sentences, but still, just three) by Reynolds spanning over pages and pages of beautiful and evocative collage art by Griffin, and each flip of the page is another surprise.

The “story,” such as it is, can be read a few different ways, I suppose, but it has themes of the street violence and protest of the last few years, hints at the effects of Covid, and a family, in which the narrator is one of the children, struggling to hold it all together. The book is in three parts — three breaths – with a refrain of breathing in and breathing out.

It’s serious and it’s joyful — and it is this teetering of emotional zigzag that resonates so strongly through multiple readings. The mom is stuck in front of the television the whole book, watching the news. The dad is isolated in the parents’ bedroom, coughing up a storm. The brother is playing a video game and the sister is on her phone, and our narrator is just trying to break through all this clutter of life to get their/our attention.

These scenes of life inside an apartment, and the way the text (typed, cut and pasted) unfold against the small works of art by Griffin (really, every page could be framed and hung on a gallery wall) demonstrates the power of multi-literacies at work in tandem with each other.

Add the “is anyone still here?” question/answer authors’ section at the back of the book, where the two Jasons (friends since college), talk about where the seeds of this collaborative came from, and it’s all just a powerful, magical textural/artistic experience unlike any other.

I’m going back in to read it for a sixth time (rare for me). It’s that kind of book.