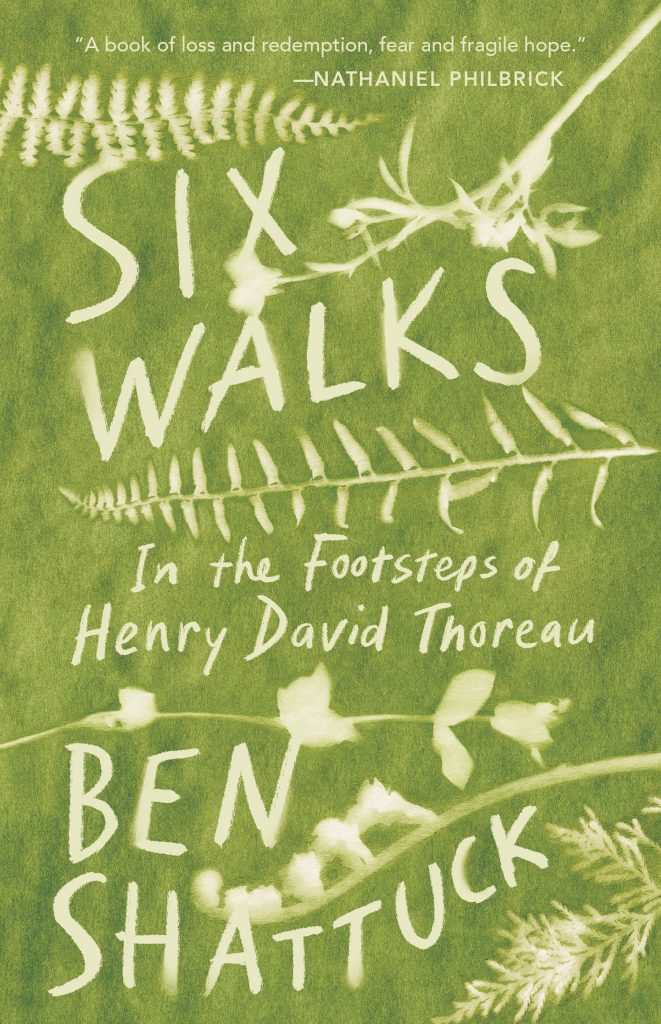 Ben Shattuck’s wonderful new book — Six Walks (In The Footsteps of Henry David Thoreau) — is built on a quest, of sorts. Shattuck wants to wander, and he uses six different adventures that Thoreau wrote about in various books and journals as a guide to leave home and explore. Where Thoreau goes, so goes Shattuck.

The result becomes more of an internal journey, as Shattuck uses the explorations (Cape Cod, New Hampshire, Maine, etc.) as a way to think about his own world, in the quiet of contemplation from being alone (mostly). Throughout the book, Shattuck weaves in the voice of Thoreau, in his many complications as a person and writer and thinker, while making his own observations of nature and the world.

Quite a bit of time passes between the first three walks and the last three, and Shattuck’s own life has changed, as he is engaged and has a child on the way, and the gap between that earlier, uncertain life and the one where he finds love as a force of stability gives the writing balance and ballast.

I enjoyed his observations of the forests and sea coasts and lakes, and the ability Shattuck has for weaving narrative from those observational strands, never flinching from difficult stories nor worrying about celebratory ones. And Thoreau hovers like a ghost in the book, his words and own travels guiding Shattuck forward into the wilderness of discovery.

I could see this book, and the model of the hikes inspired by another writer, as a possible text for folks who participate in the yearly Write Out adventures.

Peace (in the farther woods),
Kevin