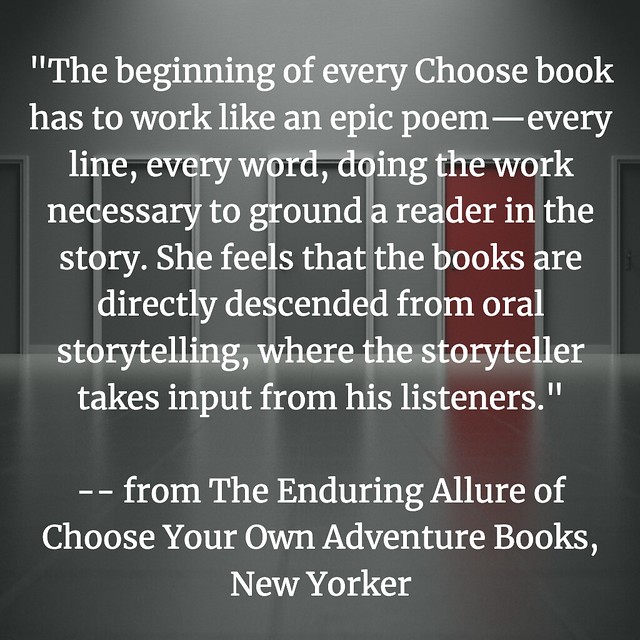 My friends Terry and Charlene both alerted me on Twitter about a New Yorker magazine article that explored the history of the Choose-Your-Own Adventure books that are at the heart of a unit of writing I teach that I call Interactive Fiction.

I appreciated the exploration and origin in the article, and how it was a father who was telling stories to his daughters, and then asked his daughters to give ideas for how a story might proceed, that led to the creation of the books that were very successful when they launched and still sell quite a few copies to this day, even though video games have mostly taken over its terrain.

I’ve run summer camps with a focus on Interactive Fiction, using various technology tools to help young writers explore second person narrative point of view and the branching of choices that these stories require. One summer, along with sharing student stories, I also shared out a series of tutorials that others can use, if it is helpful, with a focus on using Google Slides, InkleWriter and Twine. (And Charlene found the original book in which the writers share their advice to readers on how to emulate their book formats)

It’s interesting that the article in New Yorker tried to emulate the use of choices and paths, but since the magazine itself is paper (which is where I read it), it seems a bit odd to have choices, and then when I went to the online version, even there, the New Yorker did not make links to the paths through the article (which I think could have been easily done and given a content texturing to the piece). 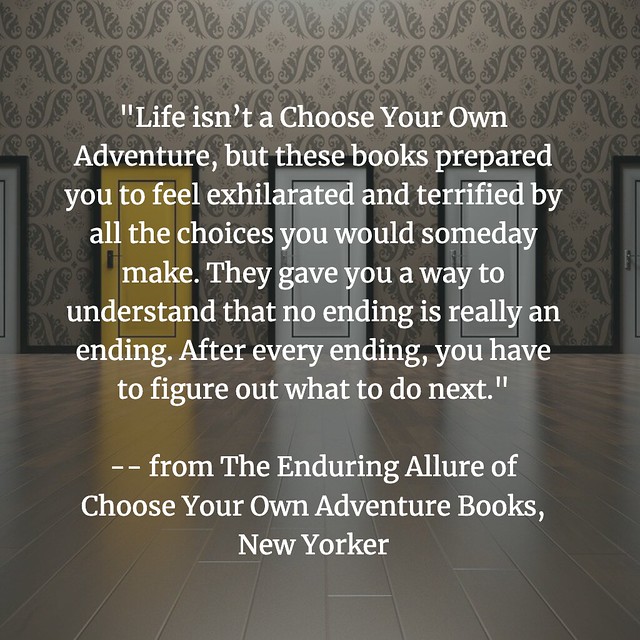 Peace (on every path),
Kevin