I was intrigued by the lengthy explorations of Digital Literacies by NCTE, in an update some time back on how it defines the concept.

There is a lot to dig into with the published definition, expanding the notions of what literacies are and how interconnected it is with so many other elements (social, contextual, access, etc.).

As a bit of curation for my own benefit, I went through and dug out passages that resonated with my personal thinking on the topic.

(Note: This was stuck in my draft bin for quite a bit of time but it still has resonance for me)

Peace (in explorations of the digital),
Kevin 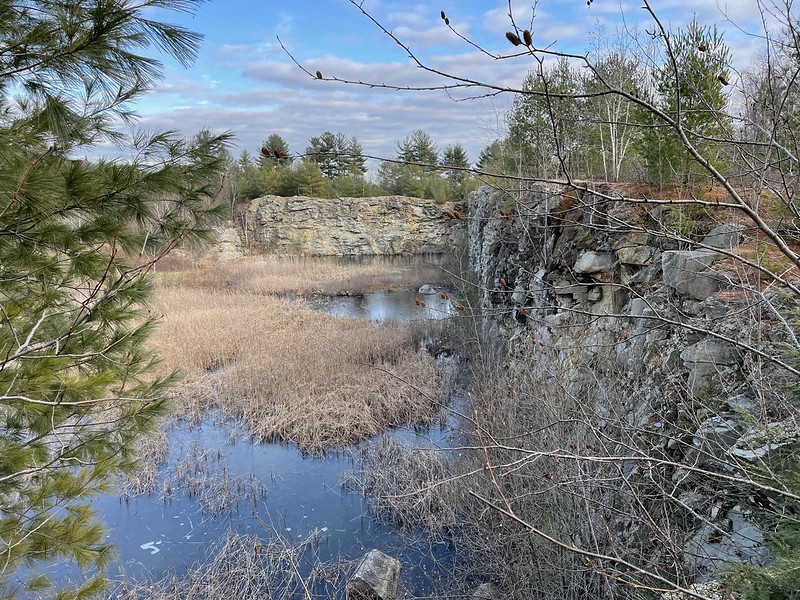 Peace (in the quarry),
Kevin

It’s that time of year when I share out a song that I co-write with my friend, John. We went into a recording studio and then hired my son, a video editor, when he was still in college to make a video. Whatever your faith or religion, or not,  if that’s the case, I hope you find some peace in your lives and in your world this season, and further beyond. 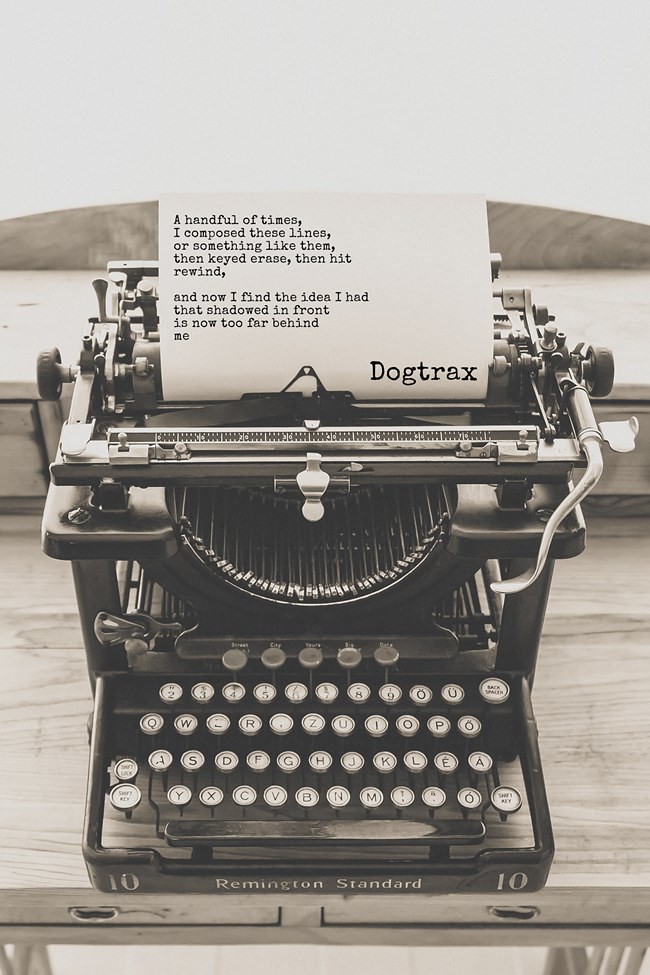 I’ve been interested in taking my morning small poems and giving them a visual element using a few different online tools. These elements don’t change the poem, I don’t think, but the act of thinking deeper about the words and the meaning of the poem as I worked to find an appropriate visual representation to pair up with the words gave me a chance to think deeper on the poems, which I write rather quickly in the morning. 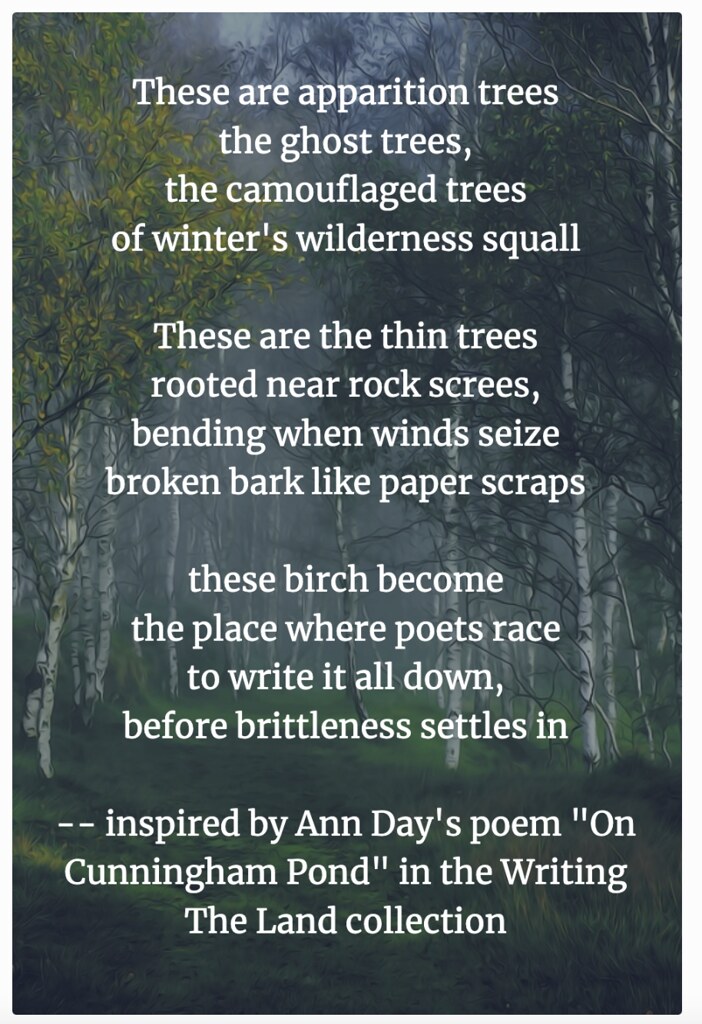 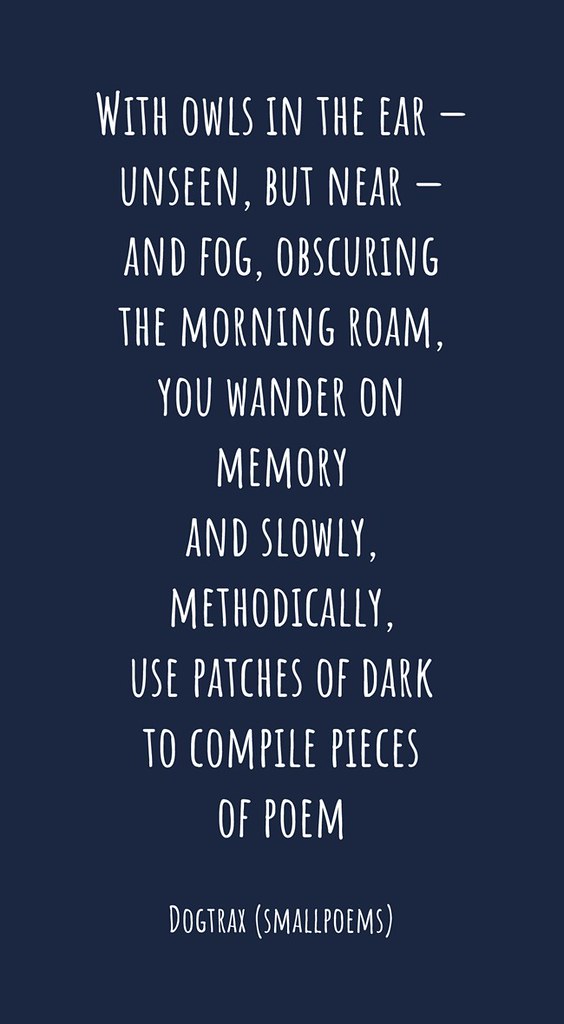 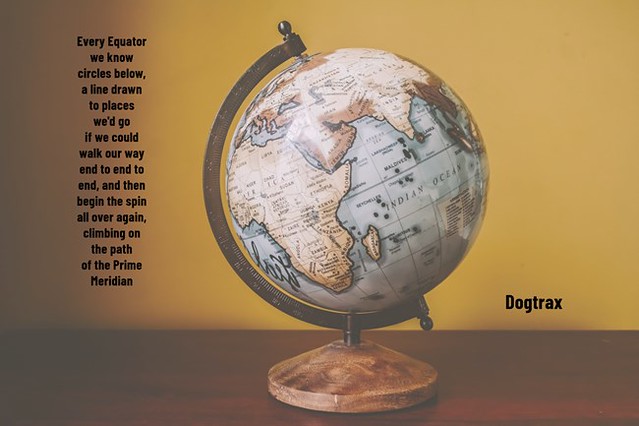 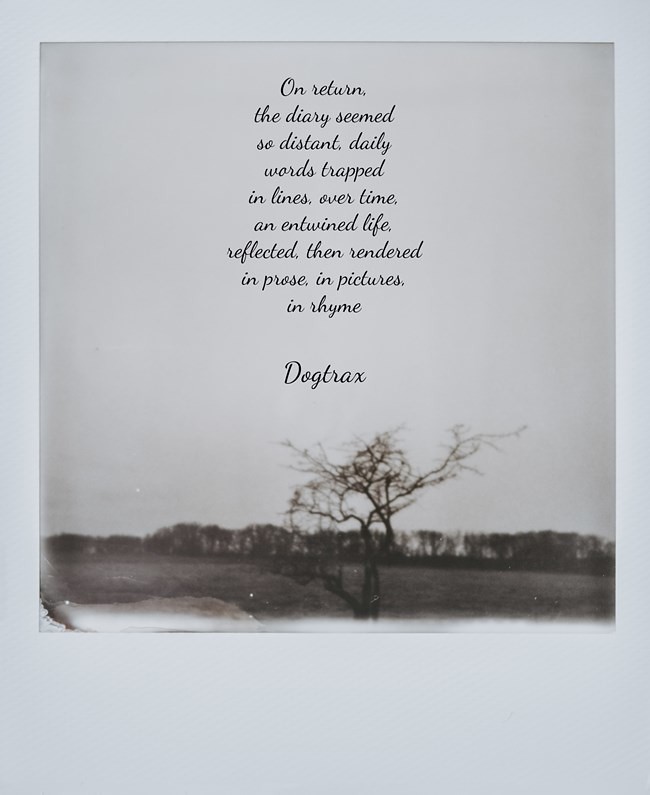 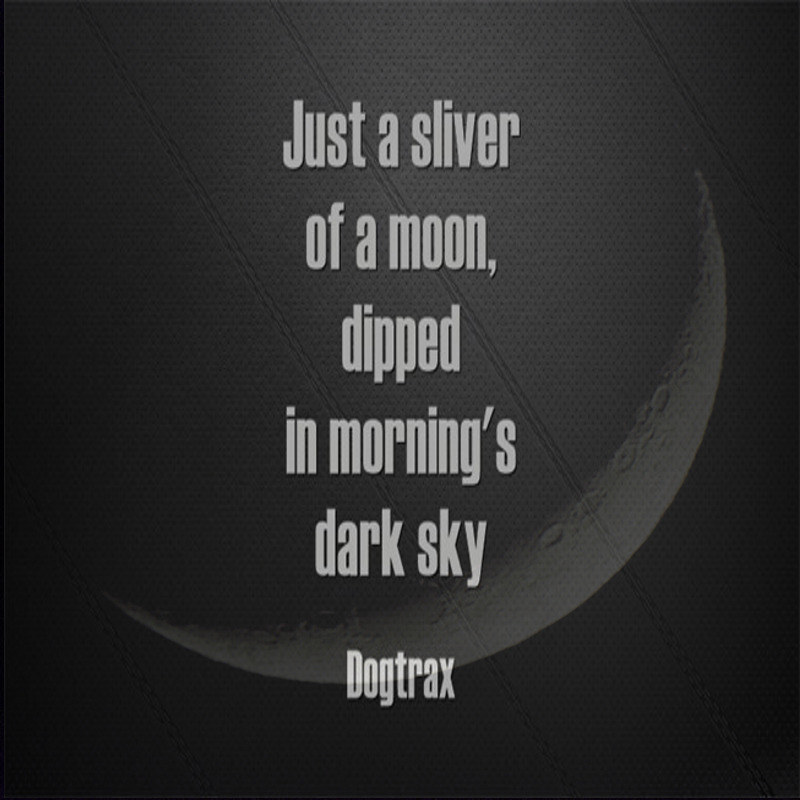 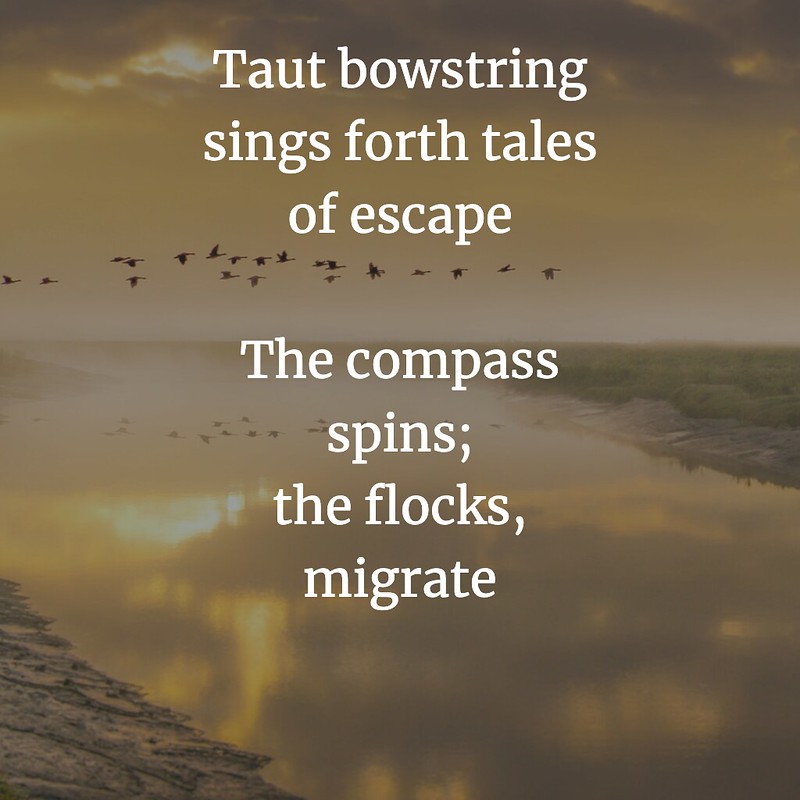 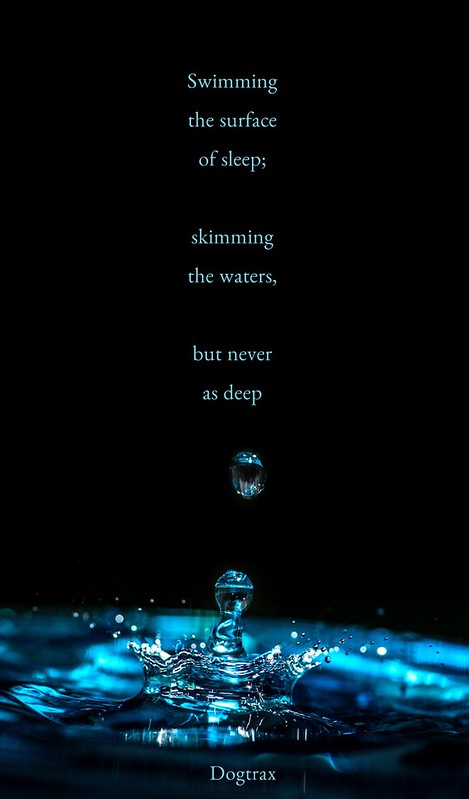 Here’s another deep look at history through the graphic novel lens of Nathan Hale’s Hazardous Tales (is it really the 11th book?), and Cold War Correspondent brings us right into the terrible heart of the Korean War (probably one of the least understood military campaigns in modern times).

What’s most fascinating (for me, at least, as a former newspaper reporter) is the lens here, as it is told through the eyes of Marguerite Higgins, a female journalist who embedded herself with troops in some of the more brutal skirmishes of the Korean War of the 1950s. Higgins was an award winning reporter for New York Herald Tribune, and constantly had to argue her place in the war with generals and admirals and others who could not believe a woman should be allowed on boats and in barracks with me.

And the stories Higgins told of soldiers and the battle front made headline news and won her prestige and respect, and her work opened a lot of doors for many other women who were also fighting gender discrimination in the field of journalism.

As with other books in this series, the historical period is told with seriousness and humor, making use of the panels on the page (although some pages are crammed a bit too much with information at times). This graphic novel would be a good fit for a military- or history-obsessed high schooler or advanced middle school reader. There’s a high level of violence and death, as it is war, after all.

Cold War Correspondent sheds light on the Korean War, and how close the United States and its allies in South Korea were to losing the Korean continent to the Soviet Union-backed North Korea in one of the Proxy Wars that unfolded in the aftermath of World War 2.

Peace (now more than ever),
Kevin

The weeks after Thanksgiving are often the time when I introduce a unit around “non-traditional writing” where my sixth graders explore Interactive Fiction texts and writing (just wrapping up) and move into Video Game Design with Gamestar Mechanic.

Alas, Gamestar pulled the plug on its online site due to the end of Flash software in browsers but, phew, launched a stand-alone app for Macs and PCs (but not Chromebooks) that remains a robust place for learning about game design and an opportunity for young people to tell stories through design principles.

Today, I am going to walk my students through the various steps of accessing the app on their school Mac laptops, launching the app, registering an account within my special classroom space in Gamestar, and begin exploring the site before I start to introduce the “story” they will be “writing” as a video game project. 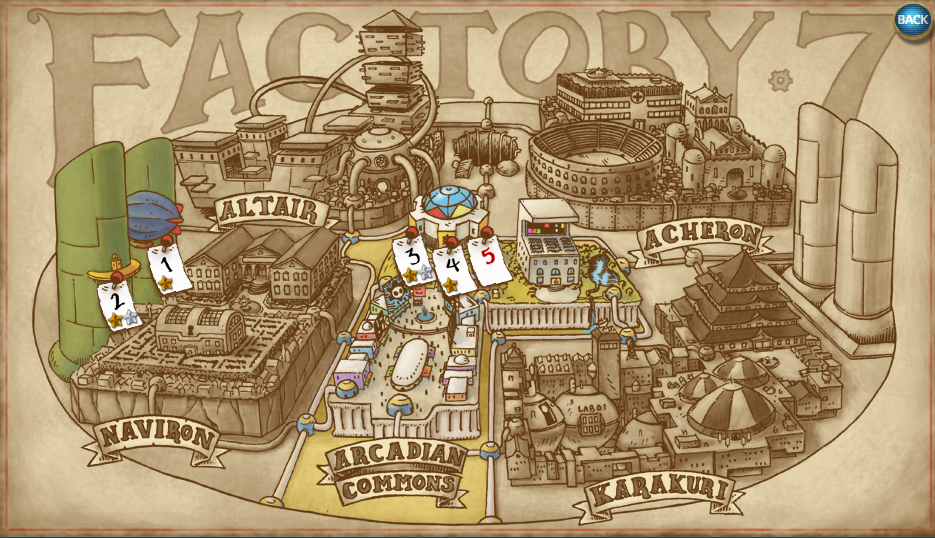 This particular cohort of kids is tricky. They get antsy. They focus on other things. They jump ahead. I’m going to remind myself to be patient today as I work to get 60-ish sixth graders up and running, and playing games.

I’ve enjoyed many of the books in writer/graphic novelist Nathan Hale’s series about history, told with historical precision but balanced with a light humorous touch (and plenty of meta moments that break the fourth wall as if it wasn’t there). I found the latest book — Major Impossible — about the soldier/explorer Major John Wesley Powell … to be good but maybe not quite as good as the others in the series.

I’m trying to put my finger on why, and I think it because I had trouble keeping track of the many members of Powell’s crew in this story of exploring the Colorado River/Grand Canyon, and there was much repetition in story — boats in the water, boats out of the water, repeat — although you could argue that is what the crew did for much of the exploration of the unknown (unless you were native, then it was already well-known terrain, something Hale definitely acknowledges).

Still, even with that complaint, I found the story interesting, well-researched, human-focused (we learn about Powell himself, and his brother, through flashbacks) and full of dangerous moments. Powell’s passion for charting the territory and using scientific equipment of the time — while searching for mollusks, his passion — gave him a real dimension. And he did it all with just one arm, as he lost the other in a battle during the Civil War.

If you know this series, you know the overall storytelling device hinges on the hanging of the historical Nathan Hale, who stalls his own execution by telling stories of the past. This has been going on for about nine books now. The executioner, with mask and all, is a funny foil to Hale, and other characters at the scene of the impending execution inject humor and asides into the historical stories, sometimes even butting into the story in the comic itself. The panels are dense with text at times, potentially making this a bit difficult for younger readers. But middle and high school readers would enjoy the story.

Two other things to note: a short bonus comic at the end, based on the letters an even earlier explorer, James White, is hilarious. And the last few pages show the writer/cartoonist in his own sketches, sitting by the Grand Canyon as inspiration, and I found that really sweet and moving, a way to connect the writer to the story. 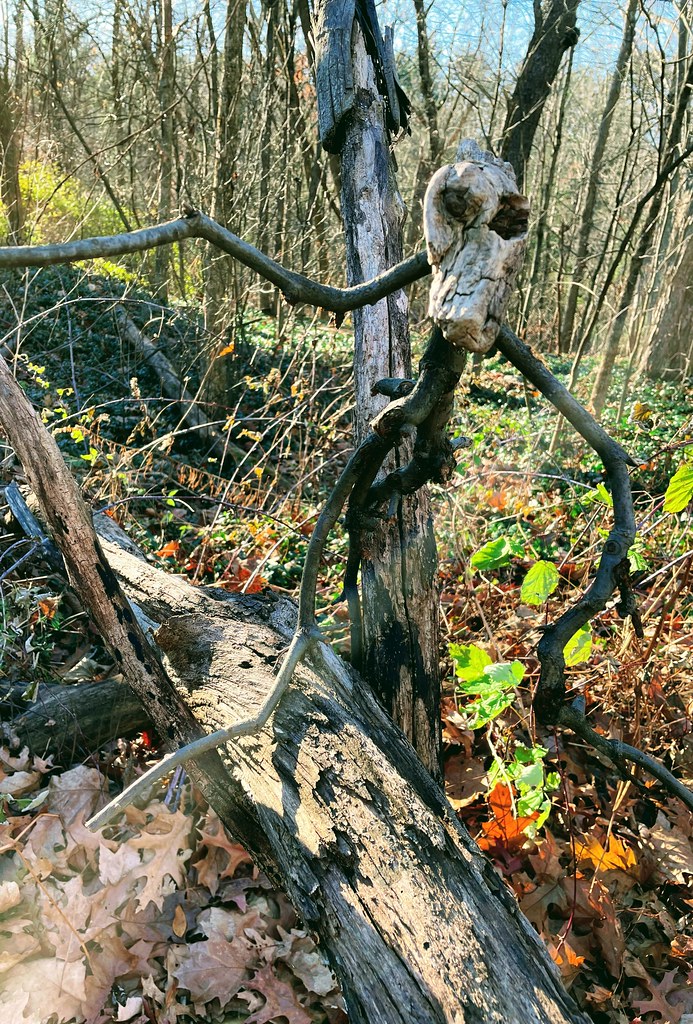 In my continuing explorations of word and sound, I saw that my friend, Ron, had used a site called Specterr to create a visualization for a Daily Create in DS106.

I decided to check it out and then realized I could further remix the audio of my Sixth Bird in Flight poem from last week (see post about that project), but I quickly knew that the raw MIDI audio track (which was a music file that an AI site created out of the text of a poem) could use something more — more layers, more colors, more thickening.

I added a few layers of instrumentation and a beat underneath the music file (that was a conversion of the text of my poem), and I liked how it came out when my remixing was done. Then I uploaded the audio file into Specterr (in its free account, which is why there is a watermark on it), and tinkered with some animation and color and more.

I like seeing the audio visualization in sync with the beat.

Peace (kicking it in),
Kevin 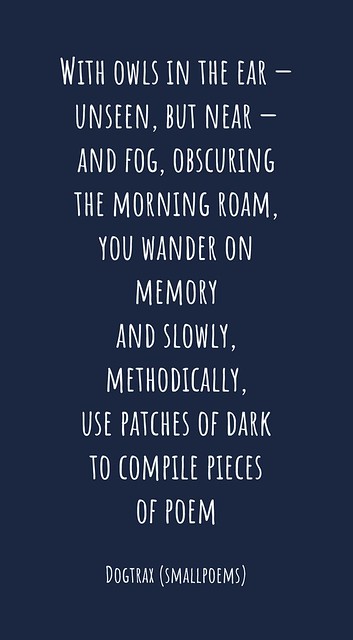 Some morning, I wake up and think, how in the world am I going to write a daily poem today? I think, I’ll just give up my many-months-long project to compose a small poem every single day. Then, I’ll walk outside, like this very morning, and an owl is calling to us (the dogs and I) in the darkness obscured by some pre-dawn fog, and there it is: a poem about the moment, taking shape.

Page 5 of 647‹ Previous123456789Next ›Last »
Thank you for visiting this online writing home. I am a sixth grade teacher and a teacher-consultant the Western Massachusetts Writing Project. This blog covers a lot of ground -- from teaching, to writing, to music, to art and beyond.