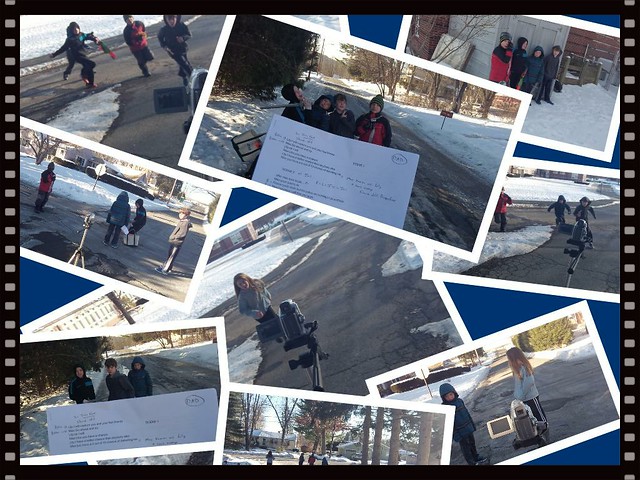 My youngest son, age 10, wrote and directed and edited this short movie. We shot it during winter (I was cameraman) and then hemmed and hawed on the editing (we needed to shoot one last scene and never did) until recently, when I turned my computer and iMovie over to him and he did the editing. I only helped here and there and mostly, I just let him alone to edit the movie as he saw it (working around the missing scene).

The only thing I changed from the original edit is the soundtrack. He had some copyright music from his iTunes collection that I would not allow to be included in public sharing, so we composed some original music in the Garageband iPad app and used that. We’ve had lots of conversations about fair use and copyright and he is tired now of m mantra of “make your own stuff as much possible.” We kept his original edit for home use and DVD burning.

This is actually the second movie in a series that began with Robbers on the Loose. He writes the scripts on Google Docs, asking for input from neighborhood friends. Most involve chase scenes and nerf guns. He’s a ten year old boy who loves Mission Impossible.

PS — here is the original movie from 2012: Robbers on the Loose.