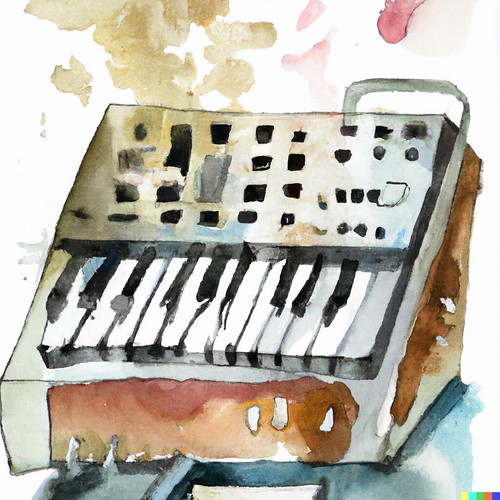 My connected friend, Maha Bali, shared a post about thinking through how to navigate the world of citation in the age of ChatGPT and AI-generated text, particularly if a writer uses the AI chat for parts of their own writing and/or research. Maha suggested a citation format, but I was particularly intrigued by Alan Levine’s thoughtful response in the comments, and when Alan referenced Jonathan Portiz’ insights about how or whether to reference machines in the act of writing, using the use of music software for songwriting as an example, something perked up for me.

I like to write and produce music, mostly at the hobby level. Although I do play real instruments (saxophone and rhythm guitar, and I also dabble with bass and keyboards), I also often turn to apps and platforms like Garageband and Soundtrap, and use sound loops and other elements of the computer to create music.

When I have shared those pieces out, I have often wrestled with how to make sure anyone listening (if anyone is even listening) would know it wasn’t me playing those instruments, but some musical loops. Often, of course, it’s obvious, mostly because the music comes out rather way too flawless and always exactly on the beat, like a droning metronome. That said, it’s not always obvious that technology has been used. If I am layering in my own singing voice, or my saxophone, or guitar into the mix, then the hybrid pieces are a bit of both things — the human musician and the algorithmic loops.

I have yet to come to a suitable system for letting anyone listening know that a piece of music is more computer loop than musician me. To be honest, I often travel the lazy route — no mentions of the software.

Here’s an example of what I mean. A music friend had sent me some lyrics and asked for a song, which I then built musically in Garageband after adding some lyrics to his words myself, so it’s a human-human-machine collaboration. When I shared the final version with him, he admired my guitar playing, to which I let him know the reality – none of it was me.

So this topic of leaning on the machine for creativity, and whether to make that kind of technical support more visible to others in any published content through citations or some other methods, has long been at the back of my mind.

This has been made more pertinent in recent years as my teenage son has been producing his own music tracks using another (more advanced) digital music software platform, collaborating with hiphop singers and writers from around the world. He doesn’t play an instrument. He plays the platform. He doesn’t cite the platform when he posts his music on the major streaming services.

Should he be considered a musician, even though he didn’t make any of the original loops himself? What about if he edits and changes the loops, as he does? Should every loop he uses be cited somehow?

All this brings us to ChatGPT and its brethren, and Maha’s exploration of how to make citations when using AI chat platforms for writing pieces.

Is it necessary to cite the machine?

My initial impulse is that Maha’s discussion about writing and citation feels different from making songs because it is writing of words through predictive text of the AI and not music composition with prerecorded loops. Writing a poem or a story or an essay also feels different than writing a song that layers words over music.

Even as I write that, though, I realize: that statement doesn’t seem to sit well with me at all — all are creative acts that begin with nothing but an idea and lead to something that others can experience. Maybe my conflicted feelings stem from being so used to technology being integrated so fully into the modern field of music production, and I am not yet used to its use in the field of writing.

Not yet, anyway. Will time and experience change that?

Garageband and Soundtrap and others don’t cite the musicians where the original loops came from. Do we expect that ChatGPT and others will cite where their words come scraped from? I believe that to be a strong yes in my view – that such information about original sources should be baked into the chart system (even as I understand the technical aspects will make such a thing nearly impossible). If this were done, then a writer could cite the sources of their AI-influenced writing.

How confusing is all this? Pretty.

And how interesting to grapple with it? Very much so.

Peace (in the machine),
Kevin 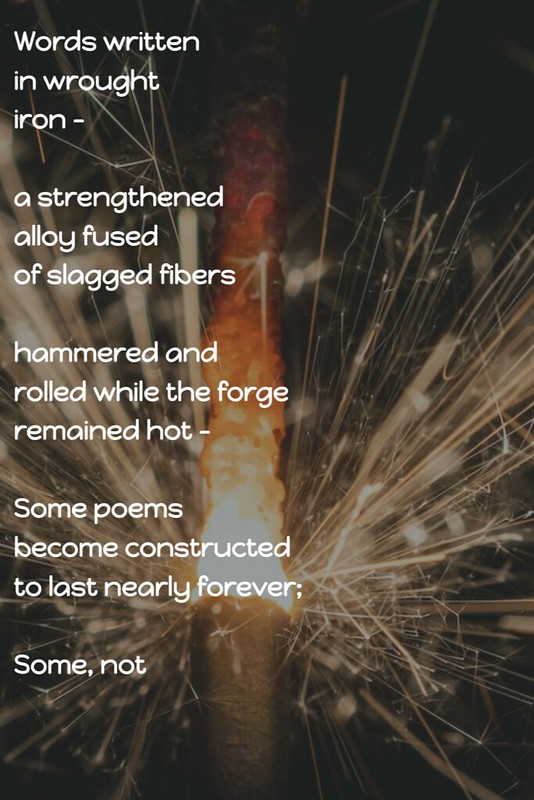 These poems were mostly written each morning via Mastodon, with a one word prompt to guide the writing. I compose them quickly, so quality varies. If the poem has legs, I work to enhance them with a visual. 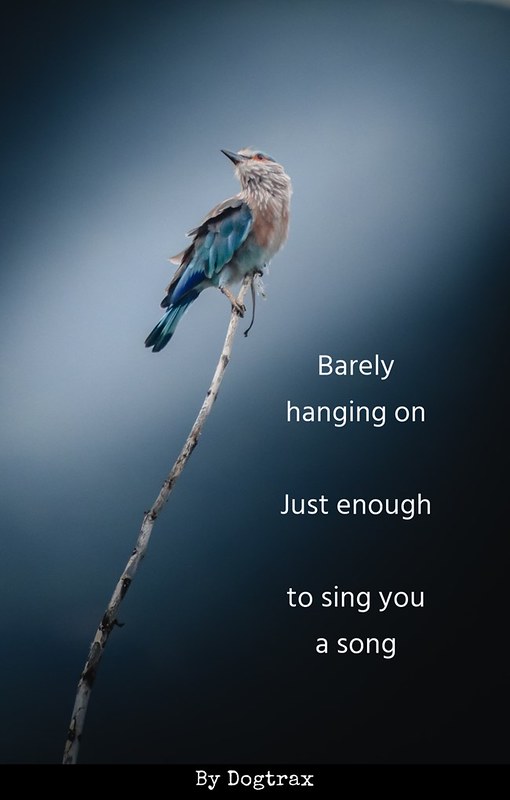 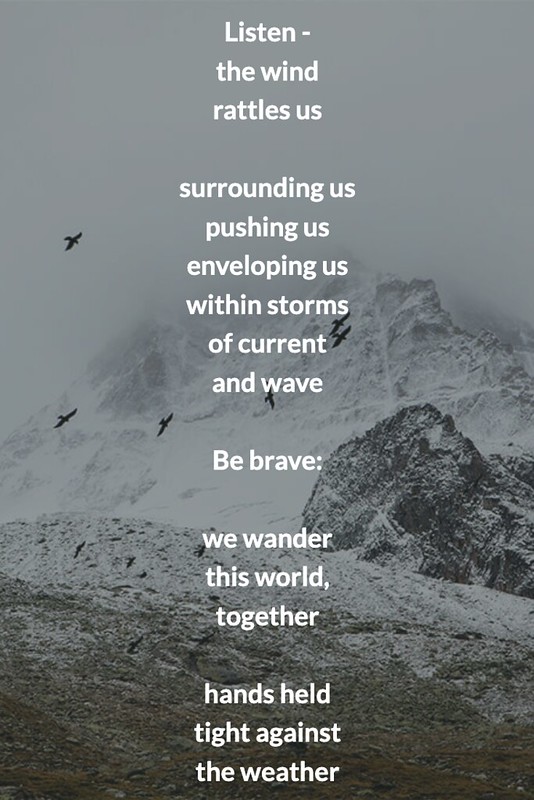 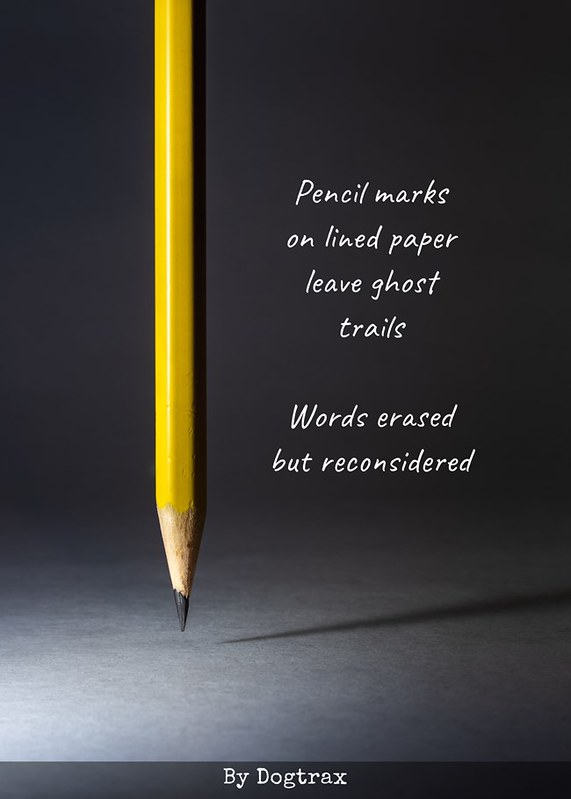 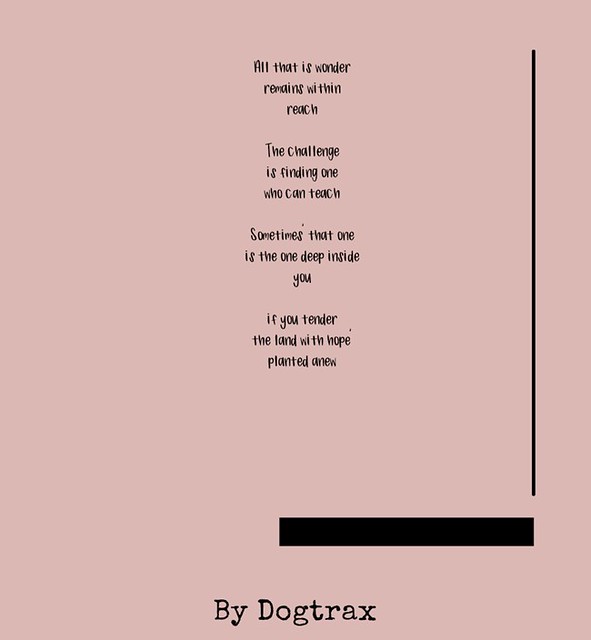 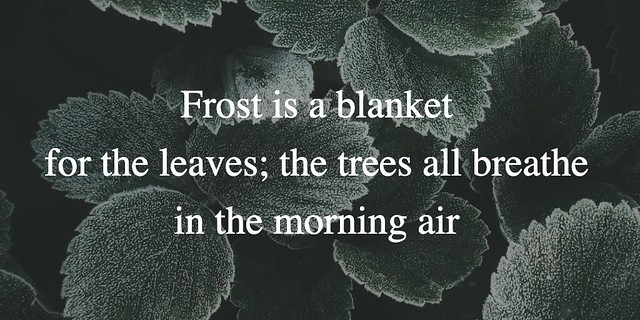 Novelist Peng Shepherd pulls a nice trick with her book – The Cartographers — in that she maintains elements of mystery and surprise in a book that has a single old map at the center of the story. Even as a lover of maps, I didn’t think a single map could fuel an entire story. But here, it does.

And I won’t give the story away, but The Cartographers is an engaging tale that begins with a suspicious death, the discovery of an old road map with an odd marking, and a threading of a deep backstory into the present, all the while keeping a focus on Nell, the main character at the heart of the story. Nell’s father’s death is the event that sparks the tale, but it is also her search for her mother, or a memory of her mother, that propels the plot.

There are plenty of twists and turns, and the writing keeps it all moving forward. Focusing in on a collection of characters with a love of maps — from the old, dusty troves of ancient maps to a modern, algorithmic software program — Shepherd allows us to see how powerful maps can be on our imagination, and our perceptions of reality (or misperceptions, too).

It would give the main story away to share Peng Shepherd’s Author’s Notes at the end of the book, but the story she tells there of a real event that inspired her thinking about this fictional story is really quite fascinating — it’s a story of a map that signaled one thing, only to lead to something else altogether, where the map became a path forward in a place that was never real, until it was.

The Cartographers was a fun, lively read.

Peace (off the edge),
Kevin

I was working on a song the other day, started early after a restless night (not all that unusual for me), and needed a title. I came up with Slow Walking Through Sleep, and as I was pulling the music beneath an image, words to a poem began to filter in. So I added that, too. I debated about whether I should add my voice, reading the poem, but opted against it, to allow the music that started it all to shimmer through. 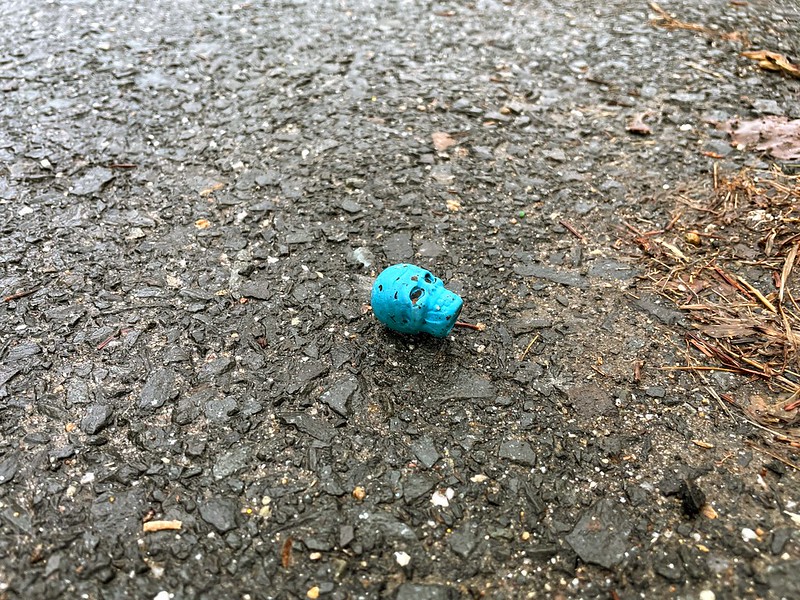 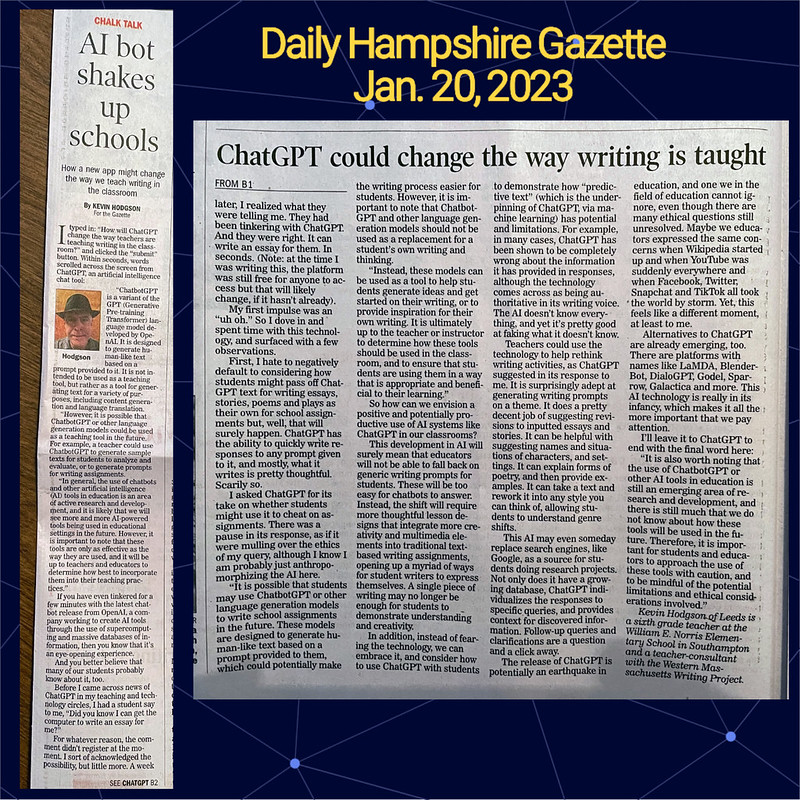 Like many educators, the arrival of ChatGPT has raised some of my alarm bells and also piqued my interest. I wrote about this, from a teaching perspective, for the local newspaper. Interestingly, it was written a few weeks ago, and even now, I find there are more wrinkles with the topic that could have made the piece better. Oh well.

Peace (with the Bots),
Kevin

My DS106 friend, Paul B, shared a call from the Internet Archive, inviting people to use material from 1927 — now entering the Public Domain — for creative remix for a contest with cash awards. I sent the invite along to two of my sons who are filmmakers and then thought, What about me? (And what about you? See the Internet Archive blog post with all the information)

I dove in and came up with idea of using a 1927 periodical’s front page as a series of movie screens for clips from animated movies from the 1927 collection. I was hoping for something more narrative cohesive, but I ran out of time and patience and technical know-how.

I still like how the project came out, though, with little screens on the page, and clips from the movies showing. And the other entries coming into the contest are pretty cool. Check out the page where the projects are tagged. 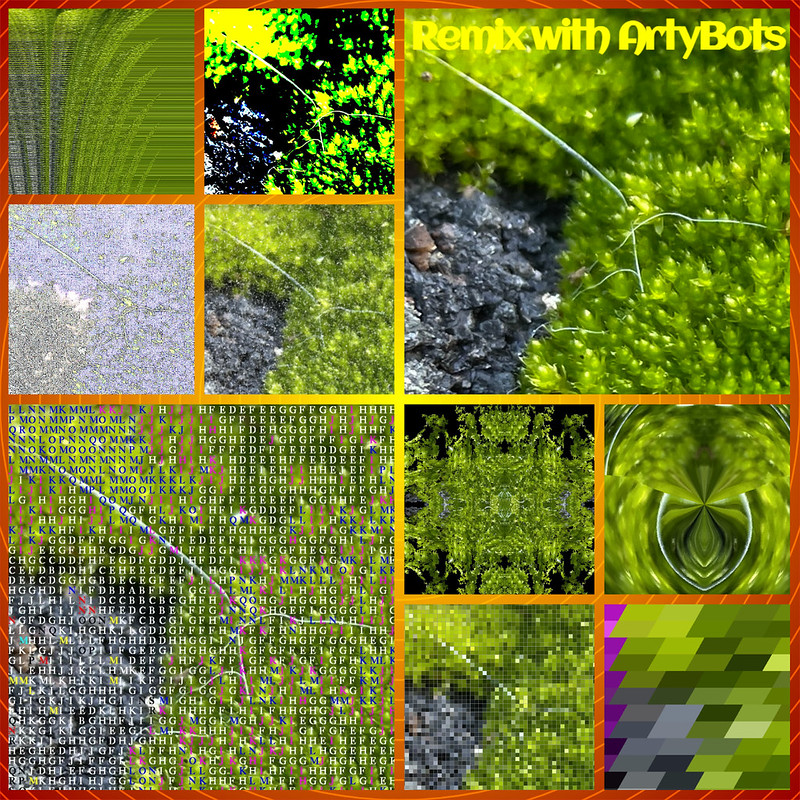 I don’t remember how or when I stumbled upon the collection of Twitter bots by B.J. Best but I suspect it have been during one of the handful of Networked Narrative projects I engaged with (in one session, we all created our own bots and mine is still rolling along as the PeaceLove&Bot). The Artybots collection by Best, a poet and designer, are fascinating, particularly because they were released before this latest wave of AI Art platforms.

Here is my video collection of remixes from the ArtyBot Family:

You can learn more about his project in this podcast interview at Design Notes.

The way the ArtyBots work is that you tweet an image to the bot and then it generates an artistic response, using the original image as the base of its operations. Some of the bots are also programmed to respond to each other, connect within what he calls the Bot Family.

I decided to play with his various bots with a single image. I choose an image that was an interesting zoomed-in shot of some moss on a pavement curb. I then fed the image to the various bots, and took the results, pulling them together into the slideshow. Not all of his bots fed me back an image to use, for whatever reason, but I enjoy seeing the remixed images that did come back fade into one another in the video compilation.

Is this art? Are the computer programs artists? Who knows, anymore. (Best suggests yes, the bots are artists in his podcast interview).

From a one word prompt off Mastodon. 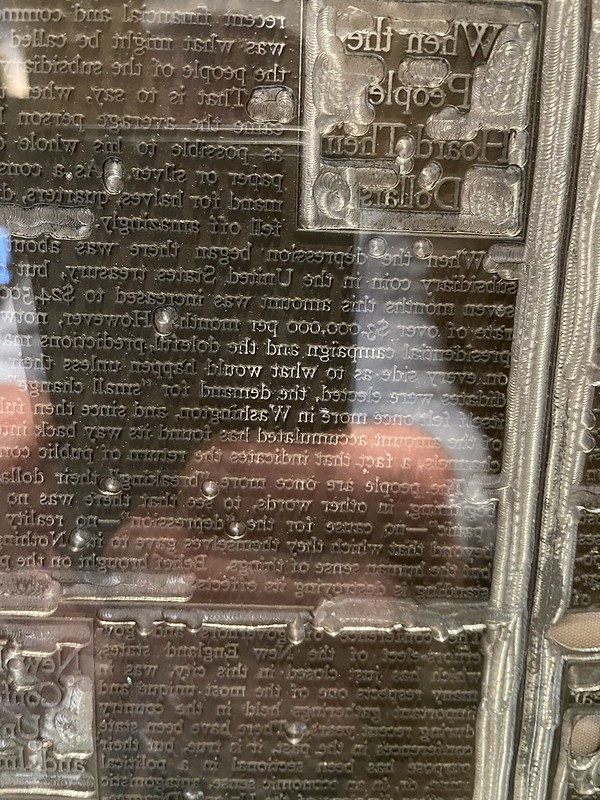 Page 1 of 67212345Next ›Last »
Thank you for visiting this online writing home. I am a sixth grade teacher and a teacher-consultant the Western Massachusetts Writing Project. This blog covers a lot of ground -- from teaching, to writing, to music, to art and beyond.