Maybe I went a little overboard here but I was curious about what would happen if I merged the output of a variety of different AI-infused sites to create an AI story from an AI image with a computer-generated narrator voice backed with an AI soundtrack. The result was a tale about Rusty the Guitar-playing, Rock-and-Roll Robot.

Here’s how it worked: This all began with an interactive article in the Washington Post about how AI engines create art from text prompts. The article is excellent and the tool to play with was worth tinkering with, so I used the prompt to guide my experiment along: A robot playing guitar in outer space in style of a cover of a magazine. 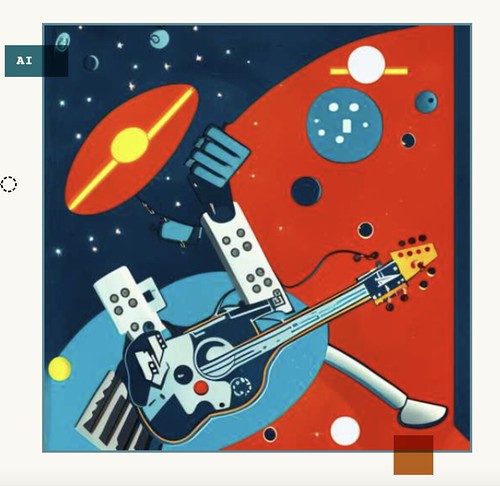 I had an interesting image that I downloaded but now wanted a story. So I opened up ChatGPT and typed in this prompt: Write a funny story of a robot making the cover of a magazine for playing guitar in outer space.

Within seconds, I had the text of a story about a robot named Rusty who was rocking the space jam and ending up going viral and landing on the cover of a magazine. I took a screenshot the story. 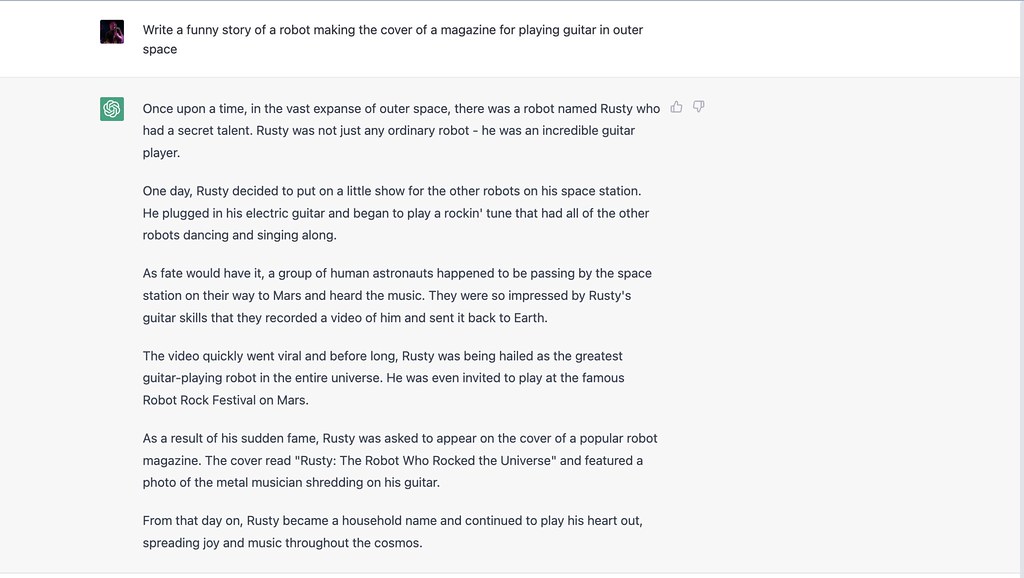 I went into LunaPic to merged the Art image with the story, and added a border. Neat. 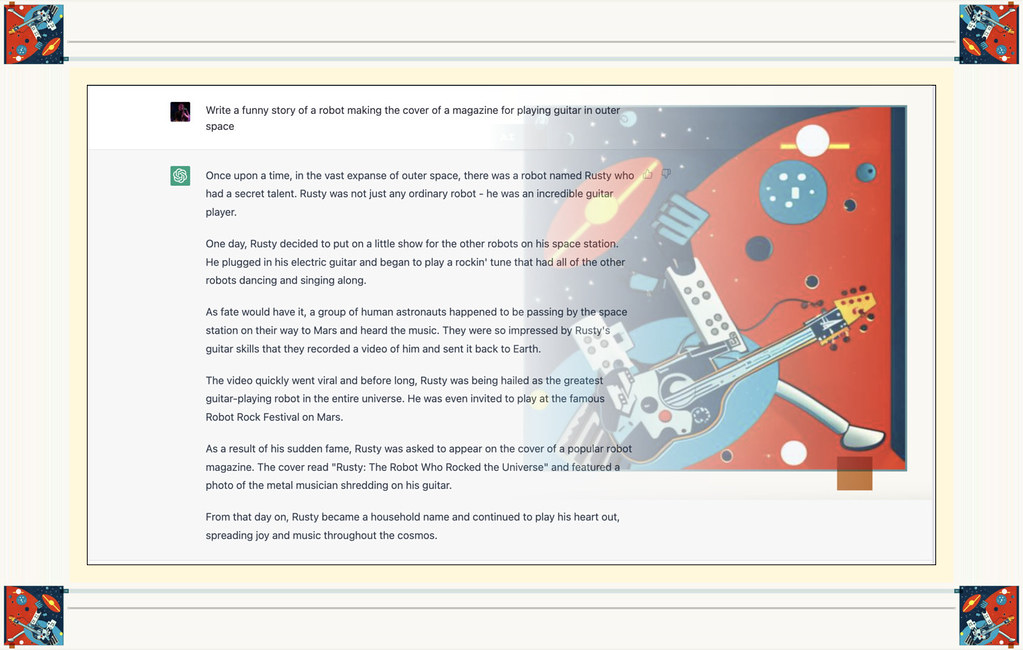 Now I wanted some voice narration. I used a text-speech site that wasn’t AI, really, but the computer-generated voice worked for what I needed: a “narrator” reading the text of the story of Rusty as an audio file.

Knowing this would become a video project, I wanted some soundtrack music. I went into a site called Melobytes, which takes an image and used AI to convert it to music. I used the combined Rusty Art/Story from LunaPic, and got a soundtrack. (I remain a little skeptical and unsure of how Melobytes really works its AI magic, but I stayed with it because I could not find an alternative for this activity).

I also used Audacity to mix the music with the narration, and then went into SoundSlides to pull everything together into one project, with an image backed by audio.

Is it any good?

Well, it’s interesting as an experiment, I think, and it shows how more and more AI projects could become collaborations across platforms.

I don’t think so, but it was an act of “composition” as I tried to weave different threads of the story, generated by machine, into a coherent media project.

And you know, it’s likely that some company will surely bring all of these AI tools — art, text, music — under one umbrella at some point, and I am not even sure if that is a good development or bad idea when it comes to the world of stories.