Another remix tool getting carted away. Mozilla recently announced changes to its whole Webmaker suite of tools, as they shift from web-based activities to mobile-based activities, and as a result, Mozilla is shutting down Popcorn Maker, an innovative and valuable remixing tool for video and media. Sure, it has always been a bit quirky, but Popcorn Maker has been a site that I have used with students and with teachers, to introduce to the concept of remix as a shift in literacies.

So, with the deadline approaching for pulling the plug on popcorn, I had to make one more project: A Requiem for Popcorn Maker. It maybe my last bit of Popcorn.

Interesting aside: In 2012, my oldest son took part in a free filmmaking camp at our public access television, where they were piloting the first iteration of Popcorn Maker with youths, to see how it would be used and test it out on a real group of filmmakers. I remembering thinking, what is this? You take video from the web and remix it and share it? I was hooked before I even started working with Popcorn.

I invited a small group of our Western Massachusetts Writing Project to my home yesterday for a Make/Hack/Play session. These are folks on our WMWP Tech Team. Along with great conversations and connections, we got down to making, hacking and playing.

First, we used paper circuitry to think about scientific discovery, writing and map making. Everyone created their own map — either literal or metaphorical or symbolic — and then we created a paper circuit board to light up the important nodes on our maps.

Second, we dove into Webmaker’s Popcorn Maker to create video projects. I shared the one I did, using the I Have A Dream speech with overlays, and a few other folks also tinkered with social justice-themed video projects.

It was a blast and for my visitors, the paper circuitry and Popcorn Maker were relatively new experiences (one of the Tech Team folks had participated in a paper circuitry session at another WMWP event.) I’m grateful to have colleagues who would give up part of Saturday to make/hack/play and think about learning in new and interesting ways.

What did you make today? You can always remix my I Have a Dream video. Just click remix and dive in. 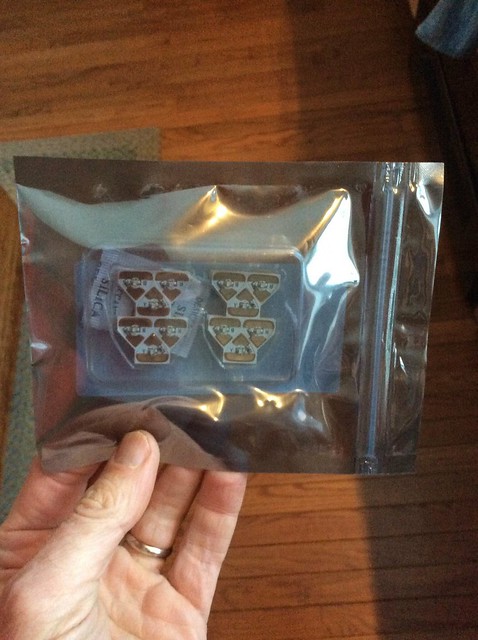 This morning, I have a small group of folks from our Western Massachusetts Writing Project Tech Team (which I lead as as the co-director of technology for WMWP) coming over to my house to do a Make/Hack/Play session. We’re connecting together over coffee to play around with paper circuitry first — we will be making “maps” (metaphorical or literal) that we will light up “nodes” of interest.

Then, we will shift over to Webmaker’s Popcorn Maker for remixing of video and media. My hope is that we will use MLK’s I Have a Dream speech as the center and then layer in media on top of or inside of the video. My friends have not ever used Popcorn, so I am curious to see how best to guide them into it.

This is what I created this morning:

This small group work will also help me and a WMWP technology team colleague think about an upcoming presentation at a WMWP Spring Symposium, where we are facilitating a session around student agency with media and technology. She teaches a college course on using media and I am leading the hands-on portion, where folks in the session will be using Popcorn for remix. 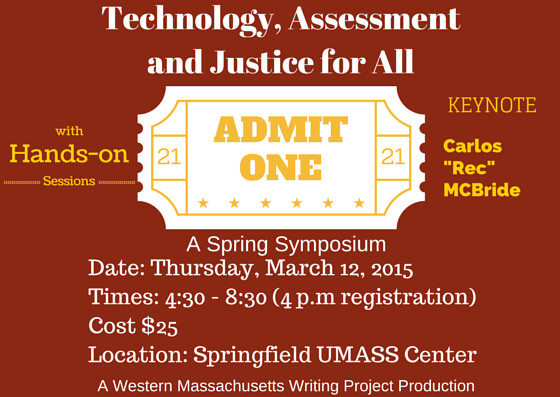 (If you are in Western Mass, please consider coming to the Symposium. The registration signup is here: https://docs.google.com/forms/d/1Eh4oRNvYRbK46VBBV14fcSLv6zShiTWcJPVNcQFR-RE/viewform )

Peace (in the make),

Thanks to Laura for her blog post that sent me to the site for this documentary, RIP: A Remix Manifesto. I need to check out how I can watch this (since YouTube, ironically, blocks the content in the documentary because of proprietary issues), as it dive into the things I have been trying to wrestle with when it comes to remixing content, making something new from something that already exists, and the way technology puts more tools in our hands to do that.

I’ve been reading Audrey Watters series on Medium about The History of the Future of Education, and passing her pieces on to others. It’s interesting to examine the patents of educational technology and think about education in the larger lens. And having Audrey Watters as a your guide gives it all the perfect tone.

Then, Alan Levine created a remix of one of the videos of Sydney Pressey demonstrating his Teaching Machine contraption. Alan grabbed the audio from a TED piece on MOOCs and superimposed the audio. It’s intriguing to watch and hear.

So, I wondered, what if I flipped Alan’s video around — put Pressey’s voice as the audio for the TED talk? Alan shared his process notes of downloading the videos, taking the audio and remixing in iMovie. I’m lazy. I went into Popcorn Maker and did my remixing there. The result is less fine-tuned than Alan’s.

Like Alan, I was struck by the comment about using candy as incentive, and then Tums when the Lifesavers no longer worked. It’s a great comment, and so I used that as the introduction, after finding a funny The Jetsons commercial for Tums. I’m sure George won’t mind.

What’s neat about Popcorn is that YOU can now easily remix my remix. Just click “remix” at the top right corner of the video and it will open up all of my media. Tinker away!

I think the Storify here explains it all … check out what Terry and I were up to ….

Peace (in the game of tag),
Kevin This was more for fun than for anything else. But in Seattle a few months ago (sorry, this post was in my draft bin for a long time, I guess), a friend of mine (Janet Ilko) from the National Writing Project joined some family members who lived in Seattle. She was with some young cousins, who convinced the adults to hang around outside a concert venue where One Direction was playing, so that they could get a glimpse of the singers when they left the concert.

The next morning, as Janet was describing the scene, I suggested we should build a Thimble page on “how to build a pop band” from the template that stretches back the Monkees, and maybe even beyond. Who knows. Certainly Disney and Simon Cowell have perfected the idea.

I started the page in Seattle (remixing it from an existing Webmaker template) and finished it up yesterday. Check it out and feel free to remix it. I’d love to see the “how to build a girl band” version, if you want a challenge. (There is a remix button at the top of the page. Click on that, and get remixing. You will need an account with Webmaker to publish. But the code and hints to change the code, are in there.)

As part of the Make/Hack/Play mini-course I have been participating in, I wrote a song and then created this reflective video of my writing process.

Well, a friend from the summer’s Making Learning Connected MOOC — Bart Miller, who is also a musician — took my song and remixed it with some composition software. I was so grateful to have been hacked by Bart, and the remix took the song (even with computer sounds) in a different direction.
Hacking a Song by Bart Miller

I could not resist yet another remix. So, I downloaded the MP3 of Bart’s version of Put My Anchor in You, and used Mozilla’s Popcorn Maker to create another remix. This time, I found a nature video (Bart’s version had me thinking quiet nature, for some reason) and layered in the remix as the soundtrack.

Meanwhile, another friend of mine (the guitarist in my band, Duke Rushmore) took the same demo and added lead guitar, bass and some other production values to it, given the remix yet a third iteration.

It’s interesting the trail of mixing and remixing that can take place, rather seamlessly, with technology. The song comes out at the other end very different when in the hands of others than when I sat down on the floor with my acoustic guitar and wrote it as a demo. Over at the Make/Hack/Play, we are encouraged to Make in physical space. I returned to an idea from the summer and worked to remix the Sunday Comics. This is trickier than at first blush because creating a connected narrative from very different comics, writers, characters and story lines is hard.

Here, you have to read each comic with two frames of mind: the comic itself and the story within that small framed narrative AND the larger lens of how might part of this storyline or picture take part in a larger story to be remixed. And you don’t often know what that story will be until you have read all the comics in the section (unless you get lucky and find something neat right away in the first few comics you read). Once you have the larger narrative, you have to figure out which pieces will fit to tell the story, which — to be honest — will always be a bit jagged, due to the mix of art and narratives.

But that’s remixing for ya.

For this Sunday Comic Remix, I centered on a frame from Dilbert about an accusation of using Google Glass in a meeting without permission, which led to an almost dream-like sequence of embarrassment moments, and then there is an apology, followed by a meta-comic from from Doonsbury with a final combustible ending.

I wish the quality of the photo were better (sorry!) but I took it on the iPad. The frame and writing was added in Flickr with the Aviary suite of tools.

Peace (in the comic hack),
Kevin