I’m making some assorted comics for Unbound Equity project. These  are sort of hit or miss, to be honest. I’m hoping making comics will help me think about issues of equity and access in different ways, and add a little variety to the conversation stream.

The following comic is the best of the bunch from the last few days, I think. I was watching a Twitter Scavenger Hunt unfold in the #unboundeq hashtag (people were sharing mystery photos and others were guessing items), and I thought about someone misunderstanding the directions, and searching for Twitter itself. Particularly since so many people think Twitter has lost its original concept in this age of disinformation and hate. 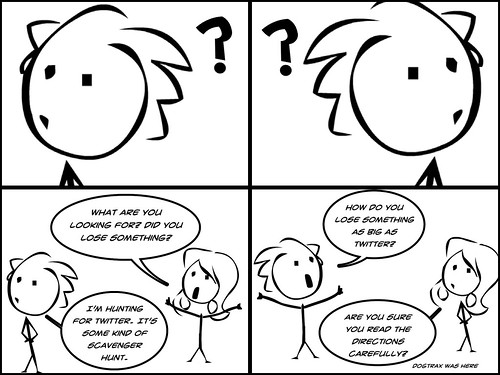 And this following comic came from me wondering about how we interact with people in places like Twitter, where personality is often understood through words alone. While this can be powerful, from a writing standpoint, it can also lead to misinterpretation. The last line is a nod to my six-word-bio I have pinned on Twitter. 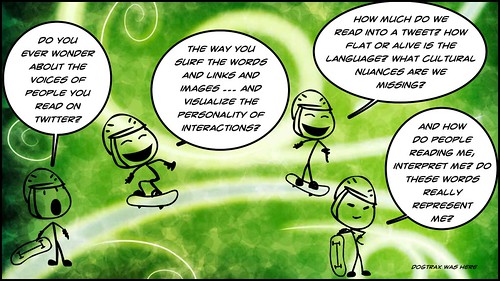 And then, there has been a conversation going on about using the alt-text feature of Twitter for photos — so that blind and/or disabled readers can still engage in the conversations (alt-text is read aloud by screen readers.) In Twitter, you have to turn the feature on. Which makes no sense to me at all. (In Mastodon, it is a default feature). This comic didn’t work as I wanted it to — the telescope was supposed to be a metaphor for narrow vision turned around into a wider understanding of the world. It came across as too preachy. The version I shared on Twitter was a video format, with audio voice (since one of my suggestions was to use audio for content). Ironically, by making the comic a video, I was unable to add alt-text to it. 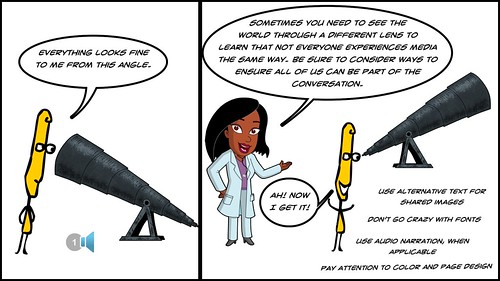 Finally, this comic is a response by Chris to another comic (about identity). The thread moved into technology platforms disappearing, and what happens to our data and our digital identity when that happens. 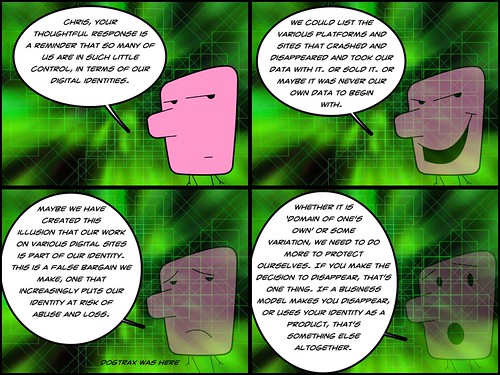