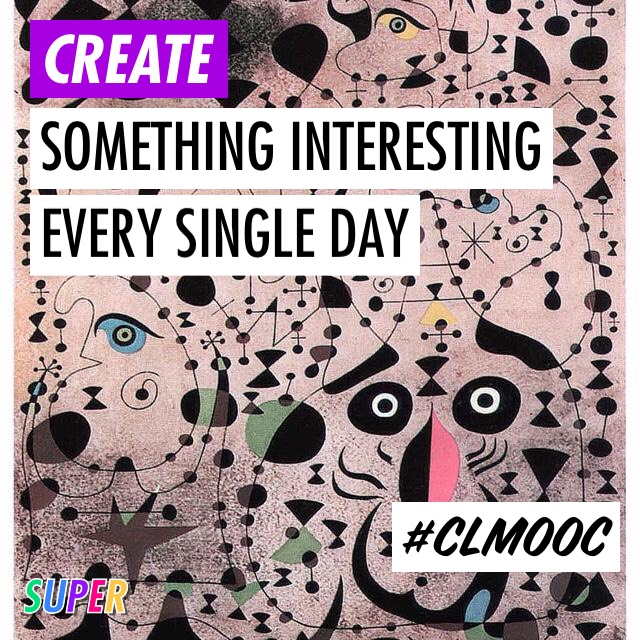 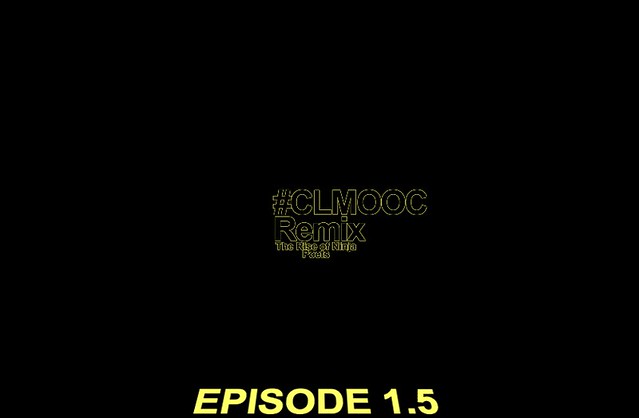 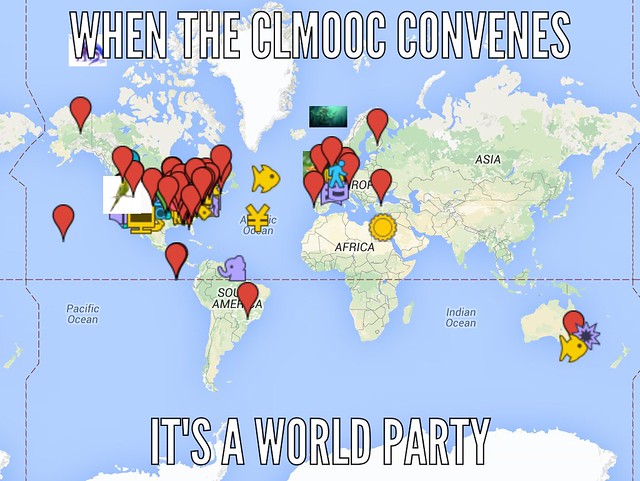 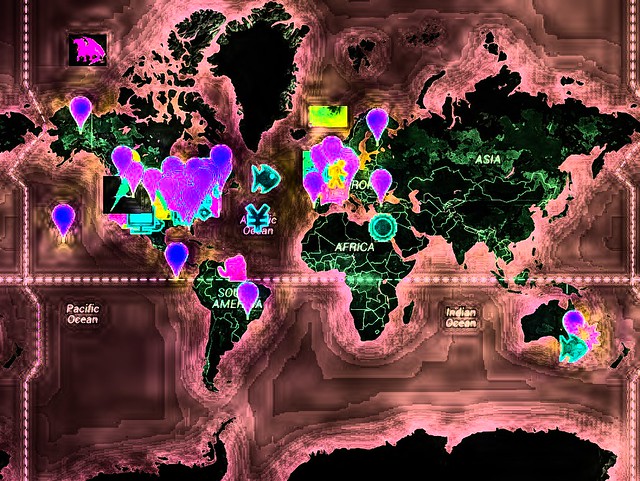 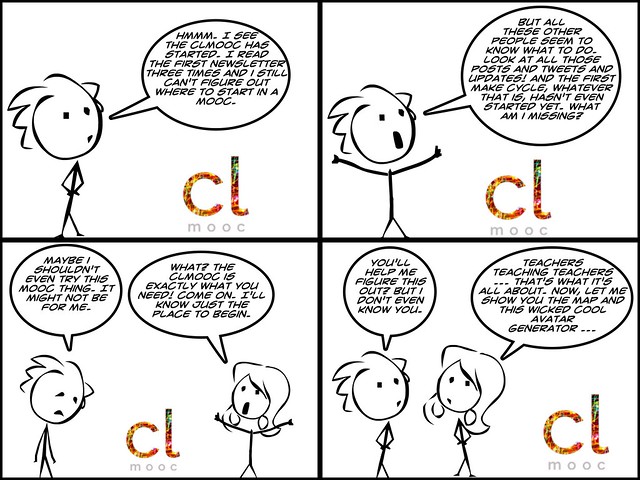 The drawing of this Constellation Conversation continues … as I engage in discussions about modalities and writing and mediums of expressions with Yin Wah and Anna, ping-ponging back and forth across these spaces.

I took a line from Yin Wah’s latest post, surfacing an important idea, which I agree with as a writer. 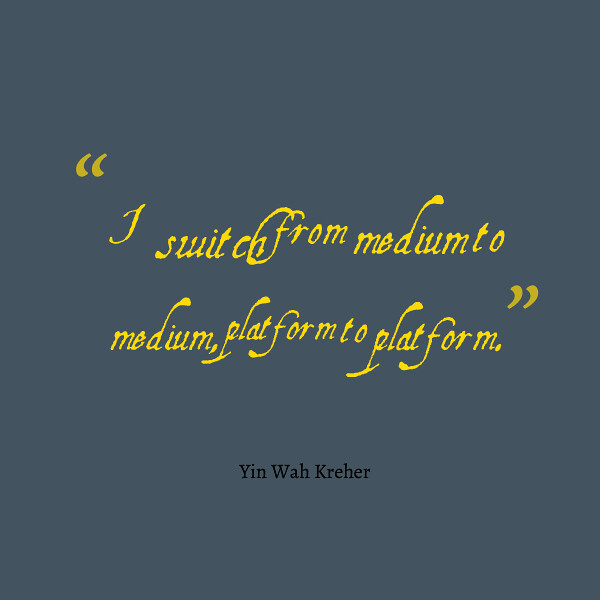 And then I decided to do some “line lifting” to build a poem around this concept of hers. 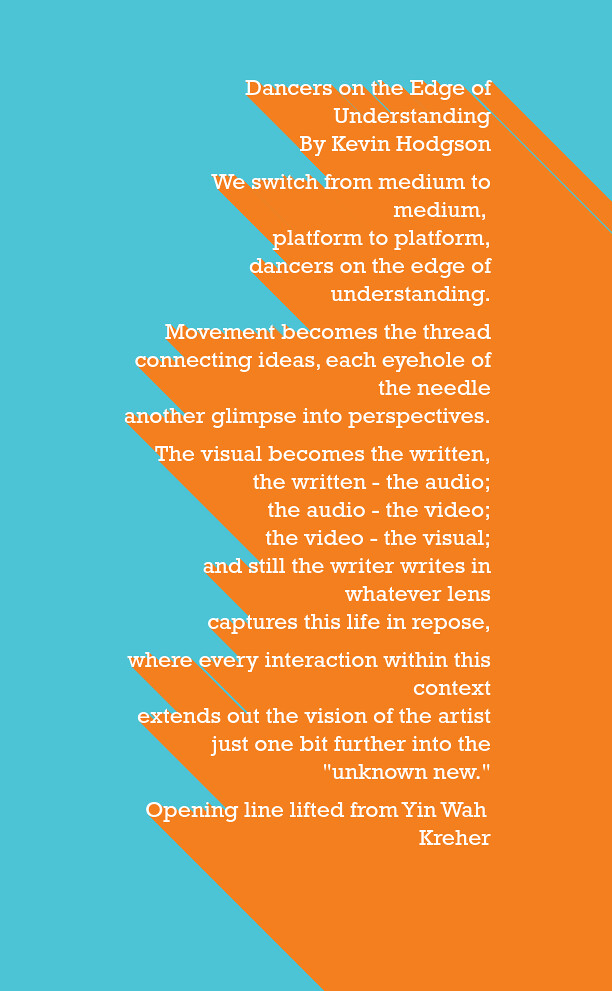 Notice how her writing piece influenced mine …. and how a tweet became a blog became a quote became a poem … and where does it go from here? Maybe nowhere. Maybe somewhere. Maybe you take the thread and extend it a bit further. Or not.

Peace (in this whatever it is we are doing),
Kevin 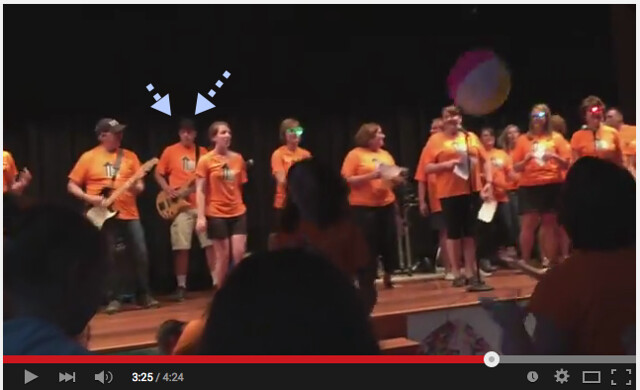 At this year’s school talent show, I suggested the staff learn the song Shut Up and Dance, but change it to Get Up and Dance, and so we did. The other night, teachers packed the stage. I played the bass on the song, and I had to learn my part via YouTube (Thank you, YouTube).

Other teachers coordinated the whole thing — t-shirts, balloons, kazoos, etc, and it was a blast. Kids loved it when teachers left the stage to dance in the audience. I was tethered to my bass amp, so I stayed on stage.

Peace (in the chords),
Kevin

Yesterday, I shared out a game that I made in Gamestar Mechanic for some friends who are part of a book study group toggling between online and offline meeting. I am online only. In the book, Teaching Naked, the author (Jose Bowen) goes into detail about how gamification might change the way students in a college classroom interacts with material and enhance learning.

Note: I am not convinced on all of the merits of gamifying our classroom but I am intrigued by game design as a learning possibility, and teach an entire unit to my sixth graders on game design. I even did a K12 Online Conference keynote about it.

Some of us in the book group called #Tomereaders were talking about games and wondering how we might create a game for the book study group. That might still happen. I saw some sketches of game levels from Matthew Cook. He was making a point about engagement and design, I think, but I decided to take his levels literally and design a video game with his sketches as my template. 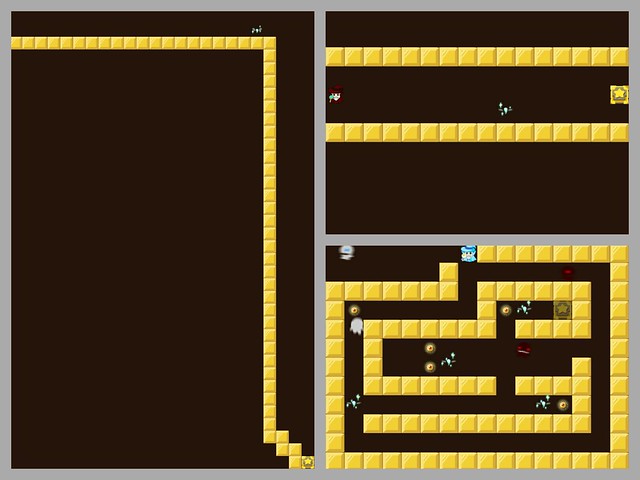 I decided to keep things simple, with limited enemies and treasure, and more of a discovery game of content related to the book we are reading. You can play the game, too.

We’re doing some introductions at the Making Learning Connected Massive Open Online Collaboration, which opened its doors yesterday (if it had doors, which it doesn’t … the whole place is in open learning spaces). I went the comic route with an introduction in four frames. 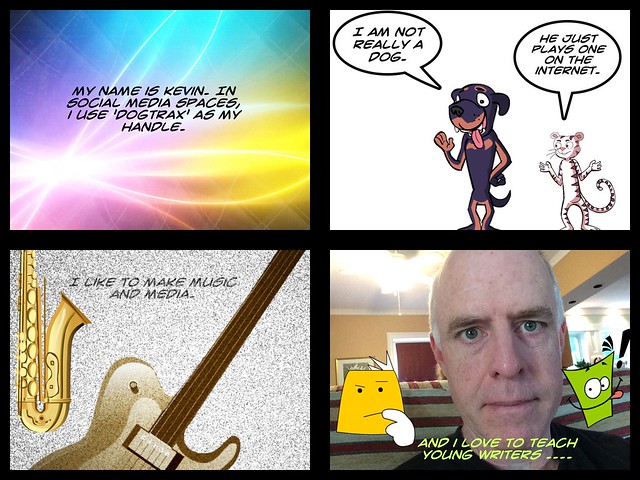 Come join the CLMOOC. Enter when you want. Do activities that interest you. Watch from afar. Be creative.

Peace (in the start),
Kevin

My latest blog post over at MiddleWeb explains how I asked my students to assess me as their teacher. I used Google Forms and collected responses, trying to get a handle on how their school year has gone from their perspective.

Take a look at my findings via MiddleWeb

The other day, I shared out a video collection of quotes from a book I am reading with a few others in a project called #tomereaders. The book — Teaching Naked — examines the use of technology in university learning spaces. I wanted to move beyond just quotes, so I took that digital story project and added in a layer of my own commentary/interpretation about each quote (ie, why I grabbed it and showcased it in the first place), and republished it (with a different theme, to differentiate between the two).

Josh Burker does a fantastic job of explaining, step by step, how to create and make wonderfully amazing projects in his new book, The Invent to Learn Guide to Fun (Classroom Technology Projects). I’ve had a Makey Makey set and a Squishy Circuit set sitting in my room for almost a year now and after reading Burker’s book, I feel like this summer, I am ready to break those puppies open and get making something.

From creating an Operation Game with boxes and circuits to making animated postcards to making light wants for Glowdoodling, Burker is a patient teacher and each chapter is handy with diagrams, and photos, and detailed steps. He also introduces various technology, from Scratch to Turtle Art to Lego WeDo to TinkerCAD and more, and is clear about the level of complexity for each project.

After reading about TinkerCAD, I went in and quickly made this: 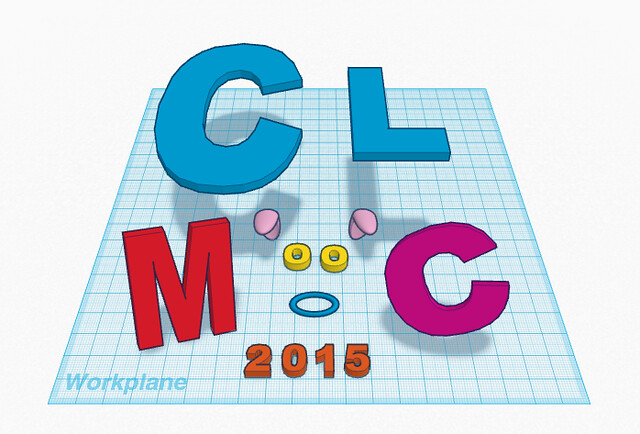 I wrote a more detailed review of the book for MiddleWeb and will share it out when it gets published.

Peace (in the fun),
Kevin

I am reading Teaching Naked  (about how best to use technology at the university level while maintaining strong in-class connections with students) with some other folks in and out of social media spaces, and while I will be missing Twitter Chats and face-to-face gatherings, I still feel connected in my own way.

This week, I saw and shared this post about Summer Reading Challenges for students at Educator Innovator, and sent the link forward. I haven’t perused all of the projects that harness video for understanding literature, and making cool stuff.

But I thought it might be intriguing to do a digital story with quotes from Teaching Naked that I have been sticky-noting (is that a word? No red squiggle there) as I have been reading, as my version is a borrowed library copy of the book. I turned to the easiest app (and it is free) I know to make digital stories: Adobe Voice.

But I am not done yet. It occurred to me that my own voice is missing, so I am going to work on layering in some commentary in a second version of this project later this week. I’ll see how it goes. The idea is to push technology in a different way.

Peace (in the quote parade),
Kevin 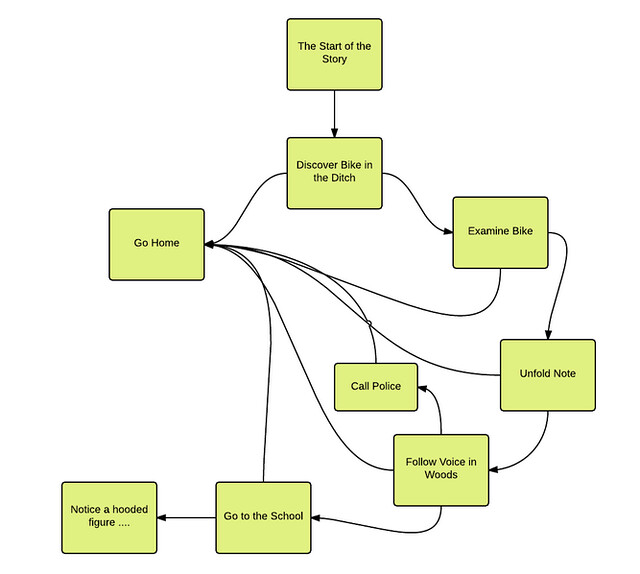 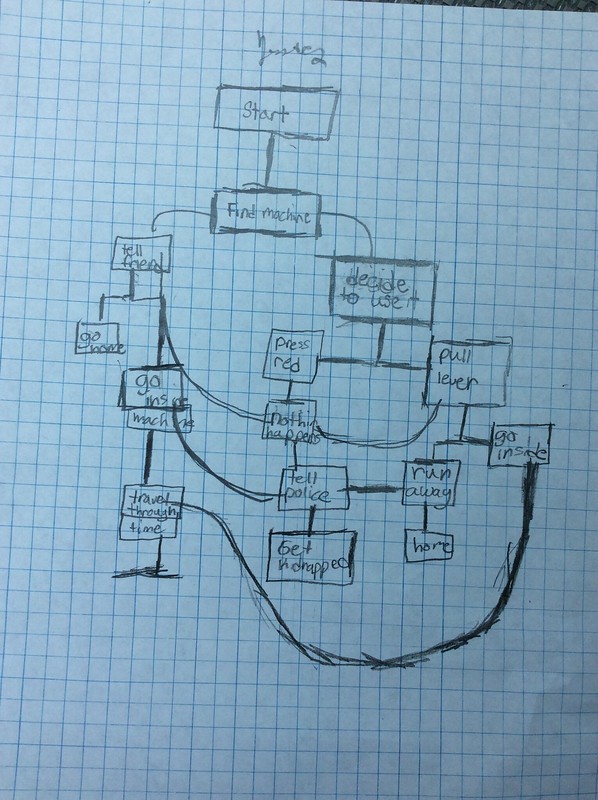 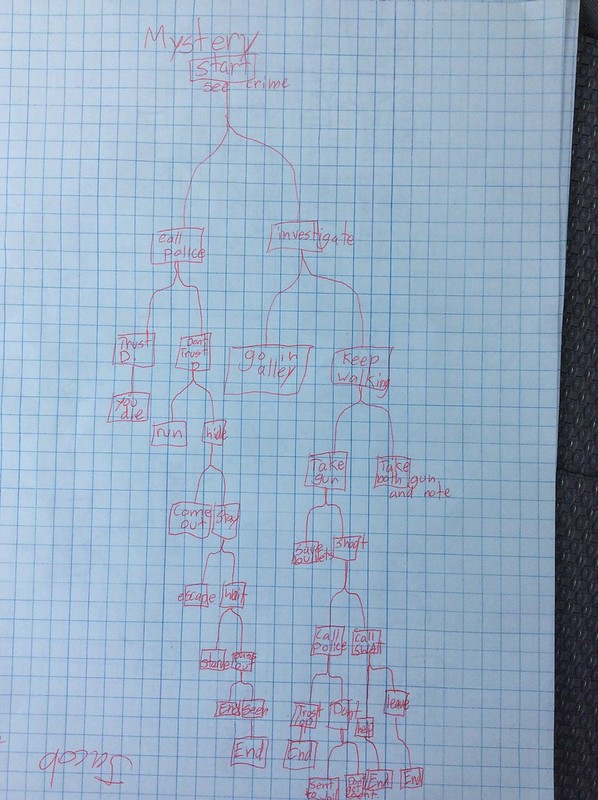 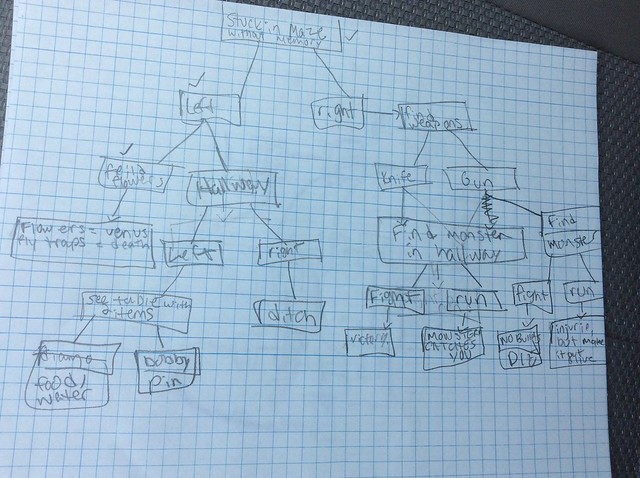