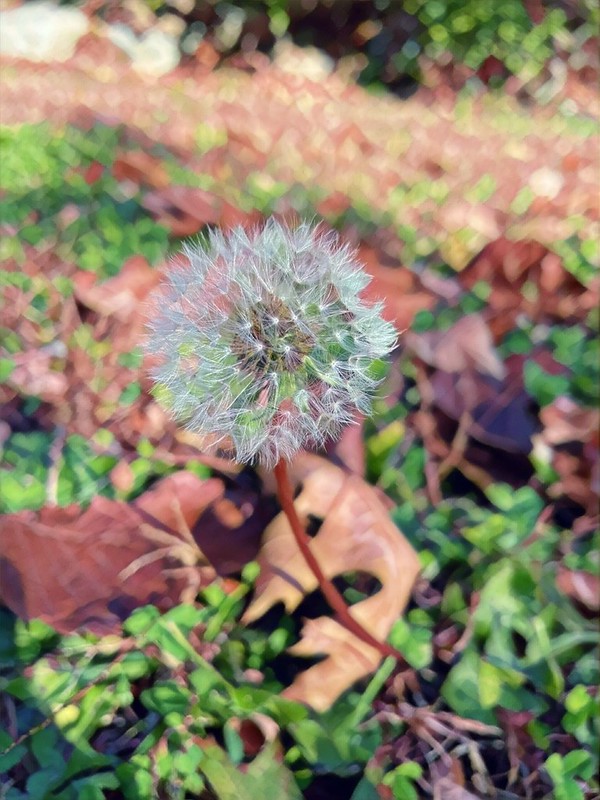 Peace (flowering before the fall),
Kevin 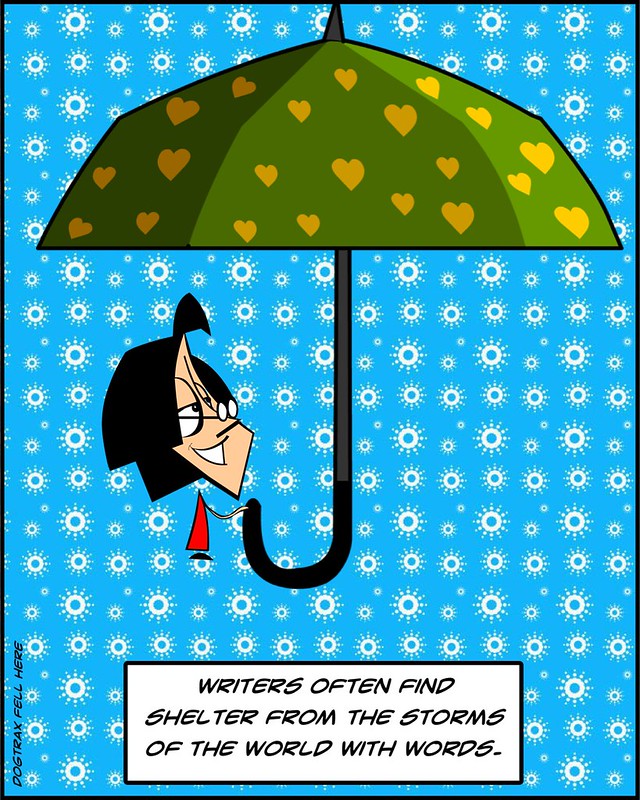 This is part of a series of comics I have periodically been making about writing. Just ’cause … this one has been sitting around for a stretch of time.

If you missed any of the National Park Ranger prompts from Write Out this year, or last, I have gathered most of them together onto a Padlet Map. I like the visual, showing links across the country to the various National Park sites where rangers have participated. We used quite a few in my sixth grade classroom to spark inquiry and writing.

And remember, all resources with Write Out remain available, even though the official two weeks are now over. It’s always a good time to write out.

The storm has flow — slowing down to catch its breath, before surging again.

The living room has the scent of wet dogs from the first walk of the day.

Forecast of an entire day of rain will end our impressive streak of nearly every single day of “outdoor snack” at school. Darn.

Patches of lawn where our young dog rips through the yard to play with her toys are particularly mushy mushy mushy this morning.

Contradiction: we need the rain to recharge the water, but we don’t want the rain.

All of the Autumn beautiful leaves, turning to brilliance, will probably now be on the ground, going brown.

I enjoy listening to the rhythm of raindrops as I write.

It sure is darker than usual at this hour, with the storm hiding the sunrise this morning.

This rain inspired a poem.

Have patience – the storm will end and the sun will shine. 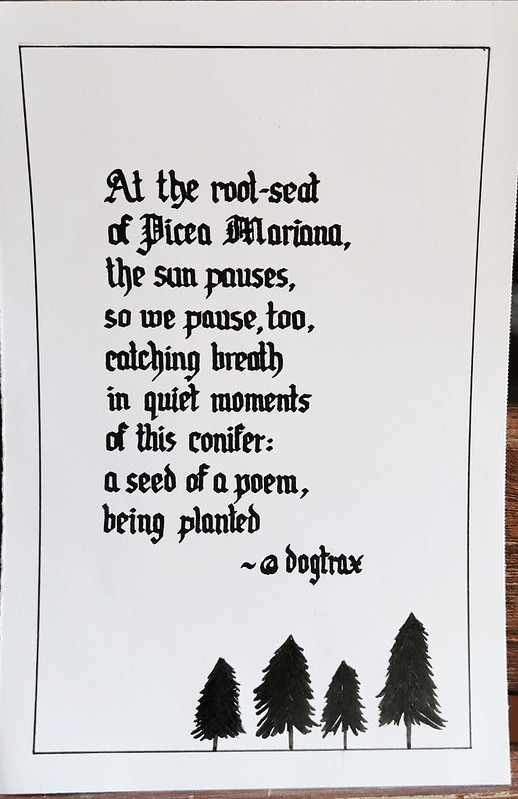 I regularly share my morning small poems over at Mastodon each day, connecting with some other writers, and then share it on Twitter, doing the same. It’s just a few places where my poems might catch a breath and live for a bit. Sometimes, there’s reaction. Sometimes, not. It’s fine either way. I write poems for myself, to get my writing brain ready for the day.

So I was honored when a connection (Welshpixie is their social media name) on Mastodon (someone I have connected with there before — see their art site here) asked if they could take one of my nature/tree poems from the Write Out project and practice their calligraphy skills with the poem.

Of course, I said yes, and then I was so very pleased when they shared it out to me. It’s a beautiful remix, where the wording is art and the convergence of nature and calligraphy (plus, the trees at the bottom) was just wonderful. 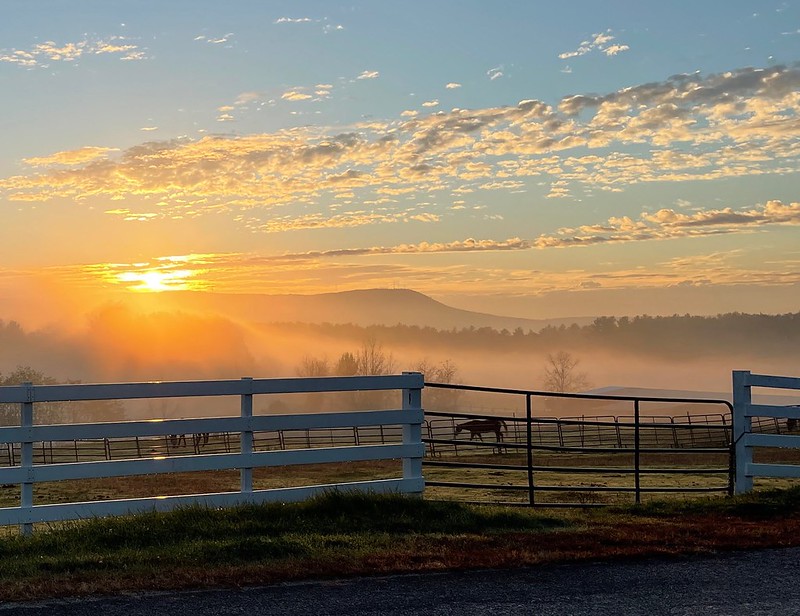 For one of our last activities for Write Out, I took my sixth grade students outside the school building for a long walk around the perimeter of the property. Notebooks in hand, their task was simple: count the trees by making a tree map of the school property. We first watched the video (above) to explore the effort that had gone in to trying to tally how many trees are in the world (and to look at the very cool mapping project).

We counted about 40 trees on the main property of our school (not including the trees lines of the property border) and in doing so, my students really “noticed” the trees for the first time, asking about the varieties of trees, and why one stretch of seven trees was planted in a single file, and why did the Weeping Cherry appear like a bush, and I explained how a group of students planted some of the trees on the playground years ago to create shade for future students (now, there is shady areas, which the current students enjoy).

We also watched this Park Ranger video from last year, about trees and roots and Sequoias:

The Tree Map activity was pretty simple — the video of the world’s trees sparked high interest in what was right outside our window, and any opportunity to go for a writing walk on a beautiful New England Autumn day is always worth it.

With the themes of ‘Palettes, Storyboard and Cadences’ for Write Out still resonating with me, I found an interesting high-definition audio file of the Hoh Rainforest in Olympia National Park and I decided to do a remix, adding a musical composition which I created, inspired by the sounds of the rain forest.

I worked to make the music non-intrusive to the sounds of the rain forest, tempering the beats and tracks to be as complimentary as possible. In particular, the frog and bird sounds seemed to be the guide of where the beat would be, even if not a traditional counting off.

I found some Creative Commons images of Hoh and I found that the combination of image, sound, and music was fascinating to pull together, creating another soundscape from afar of a most interesting place. 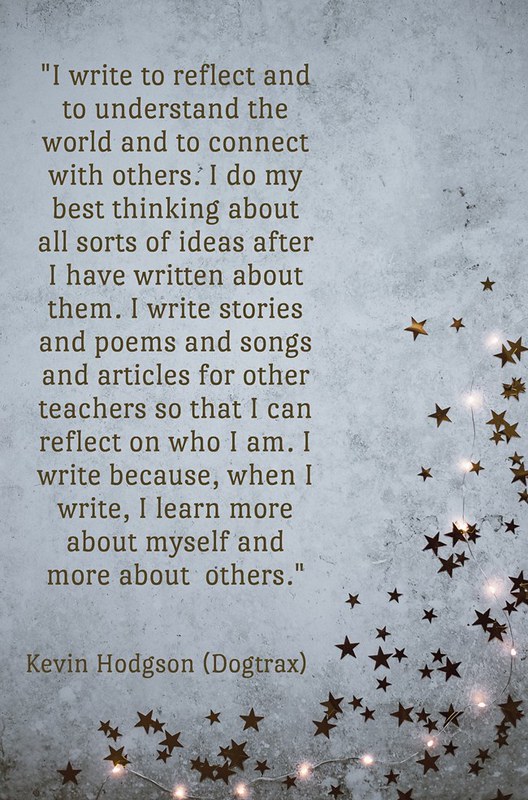 Peace (on the page),
Kevin

Our young rescue dog is still baffled by the geese. In the yard or on a walk, when the flock of geese are overhead — noisy as heck, to be sure — Rayna (our dog) pulls to a stop, takes a seat and stares up at the sky. This is her second Autumn with us, so it’s not as if she hasn’t seen the migrating birds, but I suspect it’s the combination of the noise and the formation and the slow-moving flock across the skyline that captures her attention.

Or maybe she thinks they’re a toy to be chased, just out of reach.

The thing is, her stopping and looking makes me stop and look, too, and, in that paying closer attention, I notice the patterns in the flocks, and track the way things are always in motion, as different leaders take the front and different stragglers rush to catch up. I hear their song start, gather volume, and fade. The sound of migrating geese is part of the soundtrack of Fall in New England, but is something I all too often take for granted.

It’s not beautiful music that the birds make but it is the soundtrack of seasonal transition, and if you listen carefully, the collective calls of the geese in each flock does have its own cadence and its own beat, a slow rhythm just off-kilter from the flapping of the wings.

Even as we keep walking, Rayna will often turn her head back to the horizon, to glimpse back to where the geese have gone over the treeline or horizon, as if trying to discover the magic of the skies. It’s the only time I really notice her noticing what’s above her, so attuned is she to the world at her feet, and noticing the world through another’s eyes — even a dog — is refreshing.

My morning’s small poem is inspired by the geese:

Birds, in flight,
above us

below us,
our boots
trample decay

We hesitate:
a season’s songs,
a long pause;

the flying
echo calls
of voices, chaos;
then calm,

draw a line
from cloud to star;
we gawk, before
it’s gone