Here is a video reflection of my first stab with XCode software as a way to build apps for IOS. This is part of an ongoing project to learn more about app development.

I really love this book as much as the concept behind it. And I have loved the other books put out in this series from the Center for Cartoon Studies (and published by First Second Publishing). In this newest edition of Adventures in Cartooning, readers not only get a funny story about a knight looking for a king whose kingdom has been taken over by a movie producer, they also get an embedded lesson around developing strong characters (and how to draw them for comics).

The knight on his horse is a recurring character in the series, which includes the first one — How To Turn Your Doodles into Comics — that really does a fine job of looking at the art of making comics. An activity book that came out later allows kids to work right in the book itself. My son loved it.

Characters in Action is a sly bit of teaching, and perfectly aimed at the elementary level of students. By the end of the story (which has a quick pace), you realize that with a few strokes of a pen or a few good descriptor words, you can make characters old or young, brave or fearful, smart or not-so-smart, and more. For young writers who struggle to create original characters, Characters in Action might be another fun resource to put into their hands.

Peace (in the action),
Kevin I hope the title didn’t set up huge expectations. <guffaw>

But this is a screenshot of my first app using the XCode software. I will reflect more tomorrow about how I went about it. Don’t bother looking for this one on the App Store. It’s native to my computer and it doesn’t do anything other than what it looks like it is doing. But it’s an App. And I made it.

Peace (with a cheer),
Kevin

Last spring, just as our principal was on his way to a new job, he decided to assign Where the Mountain Meets the Moon as an all-school summer read. (I admit: I asked him if we were doing another summer reading program and that spurred him on.) He had read this one with his daughter and raved about it. This summer, as part read-aloud to my son and then by myself, I dove into this intricately-told tale based in Chinese culture of a girl who seeks good fortune by running away from home, trying to ask advice from the Old Man in the Moon.

Writer Grace Lin weaves stories inside stories here, creating a real tapestry of fiction with echoes of traditional Chinese folk tales. And there is plenty of adventure, with dragons, and evil leaders, and magical string and more. The pace of the novel is quick, making it a perfect read-aloud, and the resolution of the plot is nicely done, spinning through friendship, hope and forgiveness. I should also note that the illustrations are stunning, giving a rich Chinese texture to the story itself.

We won’t get too deep into the book when our students come back next week for a number of reasons but I want to find a good way to reference the story within the story idea, somehow. Still thinking …

The download for XCode took quite some time for me (DSL, wireless, etc.) And at one point, the download got gummed up, so I had to restart my computer and restart the download again. (This time, I used an Ethernet cord, which was much faster). I need the XCode software to keep working on my App Development Adventure project. So, I created this comic ..

Peace (in the wait),
Kevin I admit it: I am a sucker for word clouds. I have been since that first Wordle created so long ago. This app — Visual Poetry — is a cool twist on word clouds, turning short poems into visual images. Relatively simple to use (type in poem, choose cloud type, and generate), the app makes writing interesting to behold. The image above is a short poem that I wrote.

Lost amidst these words
I scramble for meanings
undiscovered

In this case, I actually think the word cloud is better than than original. Perhaps it is that “scramble” idea.

The app costs $1.99, which seems rather steep for what it does. But I paid, since I like what it does. There might be other ones out there that are free or cheaper.

PS – check out this Tumblr blog of visual poetry (not related to the app at all).: http://visual-poetry.tumblr.com/

I’m going to be trying something new over the next few months. I am going to try to teach myself about IOS Apps and how to make them. I have no clear vision of how it will turn out, but my hope is that at least I get an understanding of how one goes about creating and publishing apps. I am going to document the journey with various reflections and, hopefully, some comics to poke fun at myself.

Here, I used an app called Telegami how appropriate) to set the stage:


I then used Vine to share the book I am using as my main resource:


And here is my longer video reflection:


But let’s not forget my comic, too, revisiting two former characters that I had created called The Tweets.

Thanks to Anna, I found out about the #bookshelfie meme idea, which is to simply take a photo of yourself in front of your bookshelf and share it out. There is even a Tumblr site for easy sharing. It’s a twist on the “selfie” image idea. I took mine, and then realized that it might be neat to annotate some of the books on the shelf behind me. I used Thinglink to do it. 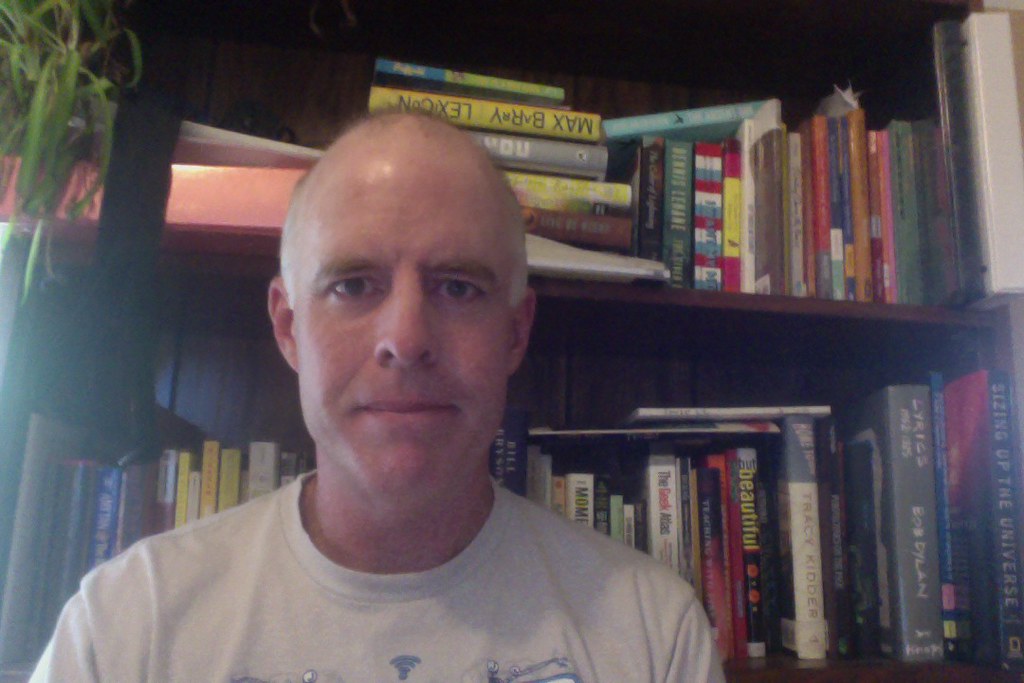 What books are on your shelf? Consider sharing.

Peace (on the shelf),
Kevin

This is a quick post reviewing three books that I read while on the beach. Lots of reading … that’s part of my down time. And not a professional book in the bunch.

First, A Conspiracy of Faith is the third book in the Department Q mystery series by writer Jussi Adler-Olsen and his Danish main detective, Carl Mørck, is back better than ever with his grumpy personality and keen insights into solving crimes. This book is more sprawling than the other two, but that is not a bad thing. Adler-Olsen weaves a rich tapestry of stories and characters, and while you know who is the antagonist, the thrill is in watching Carl Mørck solve what is going on. In this book, the mystery involves a serial killer who targets strict religious sects and Mørck is racing against time to save two children who have been kidnapped. This was a perfect summer read for me.

Second, Love is a Mix Tape by Rob Sheffield is one of those unexpected surprises. While I read Sheffield regularly in Rolling Stone magazine for his witty pop culture views, this is the first book of his that I have read. It’s lovely, really, telling the story of how he fell in love with his first wife, married her and then was suddenly adrift when she died of a brain clot in 1997. Lovely, as in sad but powerful, particularly as Sheffield weaves in their collective love of music and pop culture. And for anyone who ever made or received a mix tape in the 1990s (my hand is raised), Sheffield’s insights into why those collections mattered and what they said about us had me reconsidering music in new ways. Each chapter starts with song titles of a mix tape that Sheffield dissects in the glow of his wife, and then, the music is what finally helps him grapple with the loss and begin to take steps forward into life. I really loved this book, and now am on the hunt to get his latest. 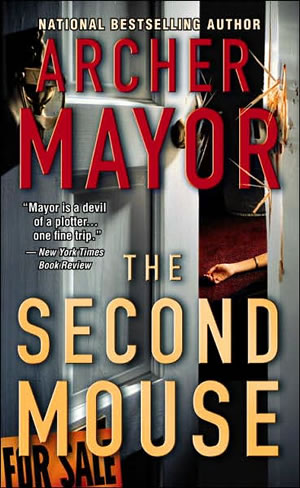 Third, The Second Mouse by Archer Mayer is another mystery. Here is a book that I did not bring with me, but ran out of reading material (panic!) and scoured the bookshelf of the summer house we were renting to see if anything might pique my interest. I have read about Mayer before because he sets many of his stories in southern Vermont, not far from where I live. I gave this novel a try and liked it. Mayer’s main character, Joe Gunther, is another detective with gut instincts and here, while piecing together the death of a young woman, he uncovers a larger crime. Standard crime fiction, in many ways, but Gunther is a likeable lead character and Mayer does use setting to his advantage here. I was glad that it was the shelf, and returned it when I was done for someone else to enjoy.

I’ll be back to the blogging about teaching and writing and learning and more soon enough, but my head is still on the beach with my family even though my body is back home. And in less than a week, I will be at school for PD, getting ready for this coming year’s students. I feel my brain getting full already, and have begun to have those middle-of-the-night-preparation-wake-up-moments when school starts creeping back into sleep.

You know what I mean?

For now, though, here are a few scenes from Maine. I used a panorama app on the iPad.

Peace (from the sea),
Kevin