The National Writing Project is once again hosting a traveling online writing festival called Write Across America, and once again, I keep missing the live events and coming to the prompts a bit late. Whatever. I still enjoy the experience and a few weeks back, the Chippewa Writing Project in Michigan hosted, with a music theme that I could not resist.

They had a slew of Michigan-rooted musicians, groups and songwriters, and I chose five to work with, listening to their music as I wrote my poems. I also used the opportunity to continue to work on my draft and revision skills, working and reworking this set of poems over many days. You can read the text of the poems here, if that’s more to your liking.

Here is the latest in my Ten Steps video series, in which I am making short videos of ten photographs in a row on a walk. Each video is one minute long, using a long fade between images, and an ambient soundtrack. I have a cool idea I’m working on for how to bring all of my ten steps together.

And these are the last five videos I shared: 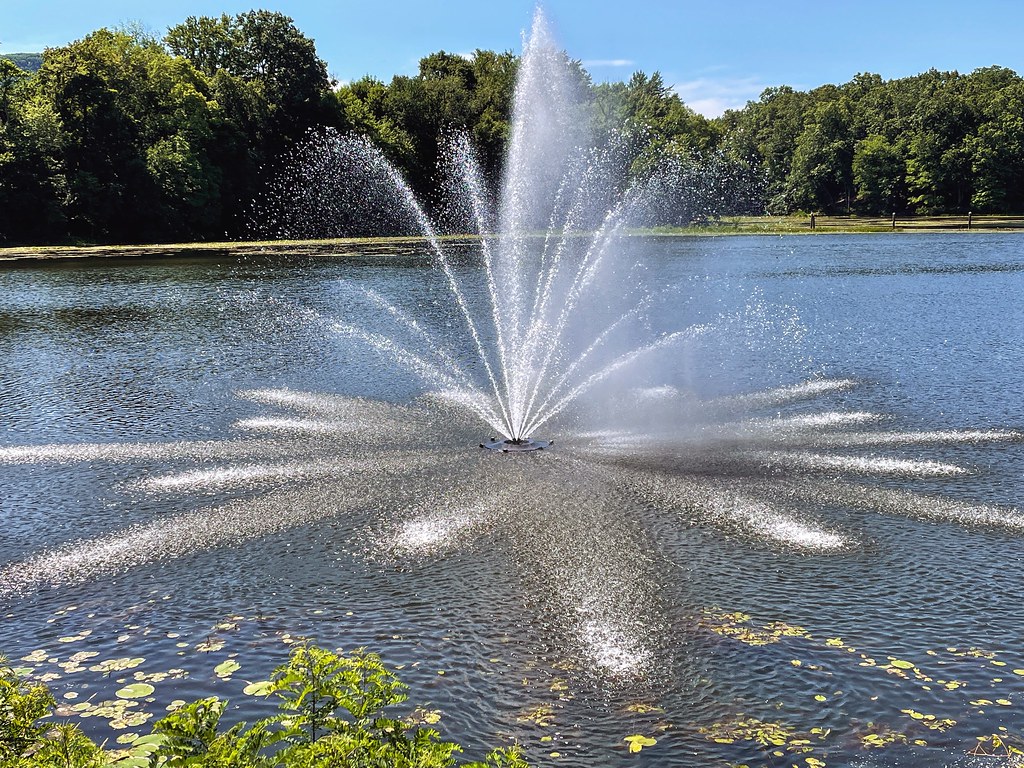 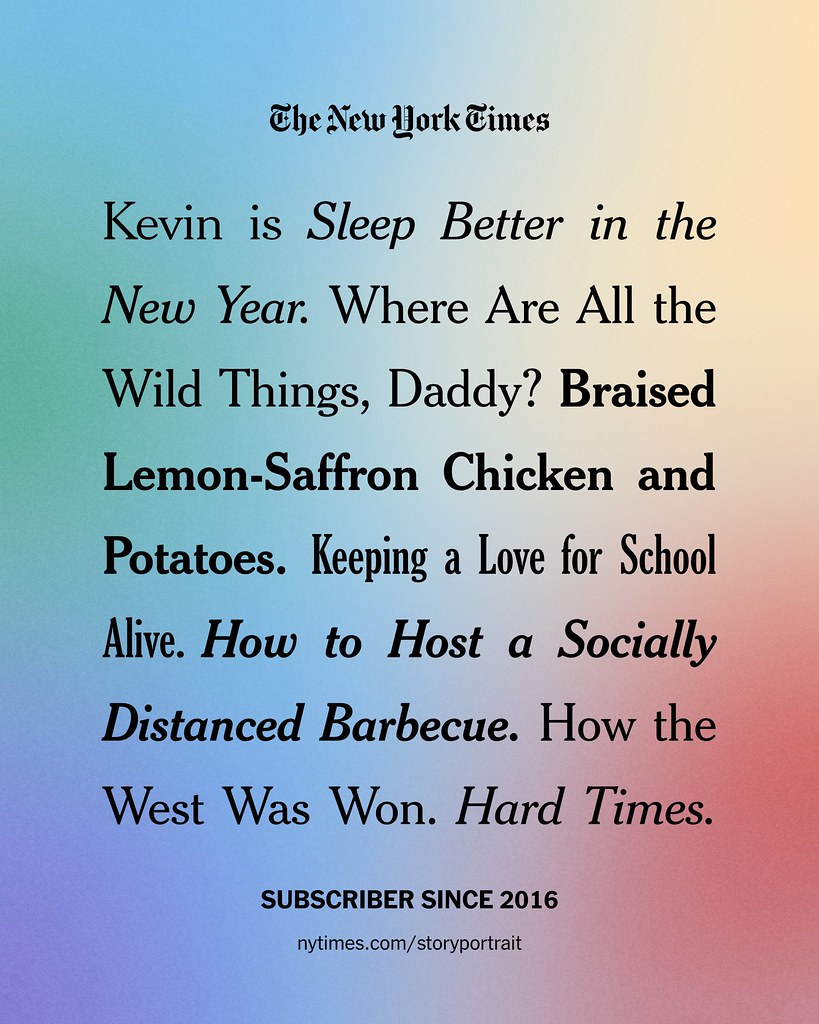 I am a subscriber to the New York Times. I started up not long after Trump was elected and I have continued onward since then. As a former journalist, I am a news junkie, for sure, and I enjoy the Times for its depth of coverage and voices.

I noticed a feature called Story Portrait that kept popping up, and so I followed the thread. It’s no surprise that my news article browsing is being tracked by the newspaper — we are data, after all, and if I wanted to avoid that, I could get the paper version every morning. Story Portrait appears to gather and collate topics and headlines from assorted articles I have read over some period of time, and spit out a word cloud of sorts.

I tried to find the explanation behind the algorithm, to understand better how it works, but I could not. I did Story Portrait, anyway, because I was curious and I figured, the Times already knows what stories I have clicked on to read, and for how long, so I wasn’t giving them information they didn’t already have. (Although I wonder if they are going to use people’s results for some advertising blitz that I am not aware of or notified of).

The result was sort of interesting, with some topics and headline titles (sleep issues are nothing new for me but the new year has not been better, alas, and articles about school often get a close look) and it includes some of the pieces my wife has been reading (chicken dinner) as well as myself, since we share an account together.

You can even read it as a sort of a poem. Other than that, I am not sure the particular value.

I’ve been trying to work on some longer poetry this summer, using the invitation via National Writing Project colleagues in the NWP Studio space to spend more time with a poem in the draft/revision stage. This poem — i am audience — was one of the first poems I had been working on, and then I left it for a bit as I struggled with the final version, and then I returned to it to find a finishing point.

The poem captures the early arrival to a concert, with a spectator sitting, watching the musicians and crew getting ready for the show, with those unguarded moments and actions as their own kind of performance (sort of a John Cage concept, I guess). I spent quite a bit of time tinkering with the text of the poem in a document, working and reworking lines and phrases, and then I decided to make a visual/video poem via Lumen5. I asked my friend, Terry, to look at different drafts of the video, and his input and suggestions were helpful and appreciated.

I’m not sure how I feel about the final version, though. I think the video is too long.I was aiming for under 3 minutes but when I tried that, my narration got rushed. Too many words. I tried an alternative version with no voice narration at all but I didn’t feel as if it had the impact I was aiming for. Too much reading.

Finally, yesterday, after letting the poem sit for a few weeks, I re-recorded it, adding time to the video, allowing my voice to slow down and settle in a bit, and it worked, despite the length. (but I still think smaller poems work better as video poems).

Peace (in the audience),
Kevin

I wasn’t sure what to expect with Concord, a historical novel of New England by Don Zancanella, and I took it out of the library after reading a positive reference to it somewhere (now forgotten in my memory).

The short review: I really enjoyed it, from start to finish.

Now, I am admit I am pretty biased towards stories about writers, and Concord centers on that Massachusetts community right when Ralph Waldo Emerson, Margaret Fuller, Sophia Peabody, Henry David Thoreau and Nathaniel Hawthorne were in the same circles (only Emerson, as the elder here, had established himself at the time and setting of the novel — the others are all young and upcoming thinkers, writers, artists who have yet to make their marks on the world to any degree).

The chapters unfold, in present tense voice, through the various characters, and it is a fascinating use of historical documents and journals, as Zanacanella weaves an engaging narrative of these characters, diving deep into the inner voices and unfolding literary ambitions and emerging artistic communities that were centered around the small towns of Boston (Concord is just outside Boston).

We care about the characters, and knowing what they will come to write and create years from where they are in the story, it’s quite fascinating. I found Margaret Fuller to be the most intriguing character here, and one I knew the least about, but Hawthorne and Thoreau are interesting, too, as we learn more about how their upbringing and family inform who they are, and then inform the writings that still exist today.

As I was reading Concord, I was reminded of recent examination at various creative scenes (what Brian Eno calls “scenius”), and how the mixture of people with similar visions seem to find themselves together, pushing each other, encouraging each other, bringing a vision into being through a shared working environment.

Now, it should be noted that the characters here are white, middle to upper class New Englanders (although some of the families are struggling financially), and they are mostly privileged enough to have the time to sit around and write, or paint, or edit journals, and more. Who else at the time was making art? Plenty, I am sure, and lost to the world. Connections matter.

That fact of the world doesn’t take the pleasure out of reading this well-written novel, though, and I recommend it. (And I see he has a new book coming out this summer, about Mary and Percy Shelly, and Lord Byron … adding that to my read-later list).

This is the fifth in a series of short videos I am calling Ten Steps. My aim is to wander about, noticing where I am walking, and capture the scene in just  ten fairly consecutive photographs, woven together with simple video fading. I am working to weave the various videos together, too, into one collage of walking steps.

Here are the first four:

Over at the National Writing Project Studio space, the host (Mitch N) of a group of teachers-poets has been providing us with inspiration and ideas around drafting and revising poems. As someone who writes quick and hits publish on small poems nearly every morning, my initial reaction to working on a longer poem, over many days, with multiple revisions … is that I am on unfamiliar ground when it comes to intentional and extended revision practice. (So says the writing teacher!)

But I have jumped in, and my third poem of the summer — Sorting The Pieces — comes after our host, Mitch, shared a quote from Annie Dillard about writing, about what gets left behind and how to find a path through a writing draft. I was writing a poem about lost threads, in a way.

In an effort to track and reveal the work that I did on the poem over a series of days, as I kept returning to the draft of my poem, working and working and reworking it to get to a place where I sort of comfortable with it (at least enough to let it fly), I took a look at the Document History of my Google Docs, and grabbed screenshots of the work that I had been doing. (It would have been easier to use something like Etherpad with its timelapse tool but … I didn’t). I made note of how many edits I had done in each of the sessions of writing/revision.

I thought an audio reading of the poem would make a logical audio track to a video with all of the revision screens.

I’m not suggesting this poem is “done” but it’s done enough. 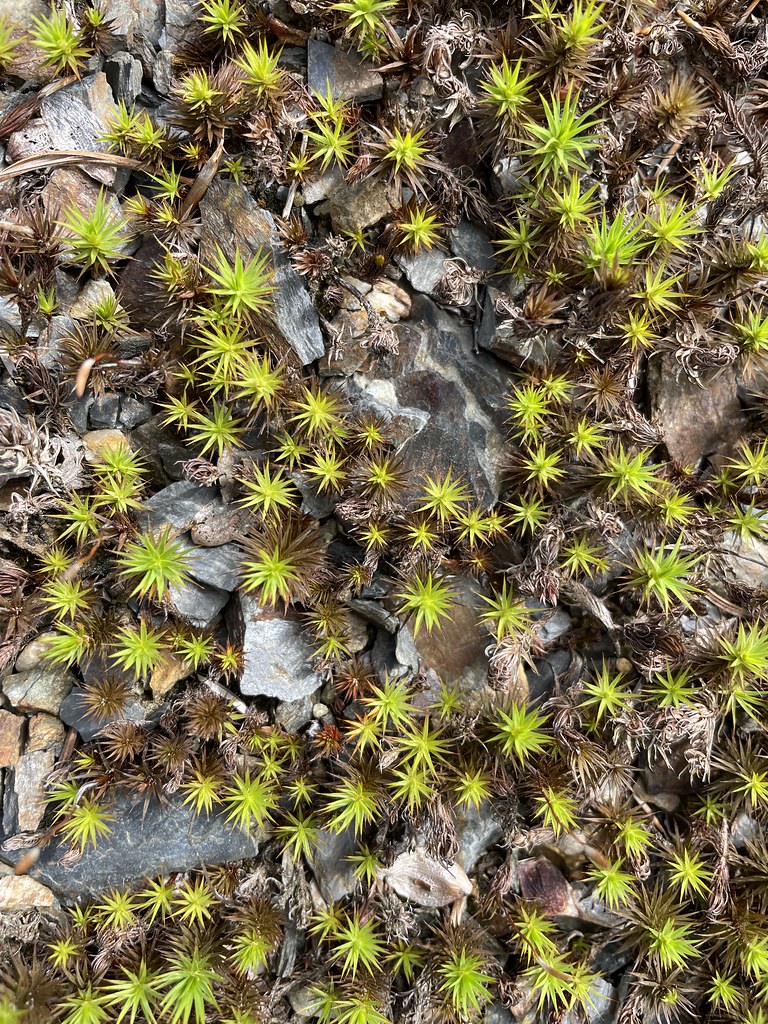