My friend, Sarah Honeychurch, send me a lovely holiday postcard for the CLMOOC Postcard Project, and she included a little traveling knitted “Nomad” with the card (see her online moniker for why that is a perfect name for the little knitted traveler). It was so cute!

My first reaction was how cool it was to get this little gift like this from across the world. My second reaction was that this Nomad is the perfect size for stopmotion animation. My third reaction was, I can finally use this USB Christmas Tree that sits in my closet all year long.

Thank you, Sarah, and thank you to everyone else who is part of my various networks. That hug that the Nomad gives the tree at the end is symbolic.

Peace (let it it light the world),
Kevin 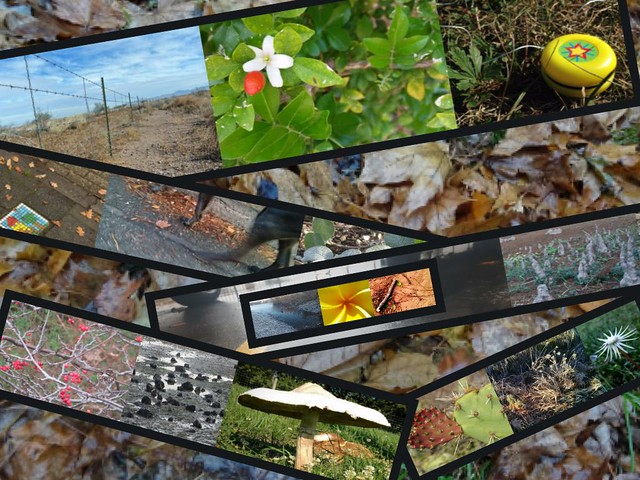 We’re wrapping up two weeks of Pop-Up Make Cycles that the CLMOOC Crowd (past participants who have stepped up to facilitate the Connected Learning MOOC this past year) organized for what used to be Digital Writing Month (but may be no more). We invited people to share photos, annotate and curate on the Web, make and share animations, discuss Digital Writing in a variety of formats, produce inspirational images and messages, and more.

It’s probably not the ideal time of year to hope that many, many people will take the CLMOOC up on the invitation to make, create, share. Still, that’s the beauty of the Pop-Up Make Cycle idea (first launched by Joe Dillon and Terry Elliott, I believe). It comes. It goes. It’s an open invitation.

Two of the pieces I am proud of making:

Do I wish more folks participated? Yes. But then I remember something we said early this past summer at all due to a different focus for the National Writing Project, when it seemed that CLMOOC might not happen in 2016.

A few us (participants and past facilitators) chatted and decided: Yes, CLMOOC will indeed happen, and those few soon grew to more than a dozen people who volunteered to become the CLMOOC Crowd (my name for it). We agreed that “small” is perfectly fine. The “M”  in this mooc does not have to be “massive” anymore. It just has to be “meaningful.” So, “minimal” works, too.

And you know .. this is the Open Web. Anyone at anytime can access any of the ideas. You’re invited. You’re always invited.

Here are steps to making and sharing a simple stopmotion animation with Para Para Animation (part of Mozilla’s Webmaker family … I think …) Warning: The site is kind of funky at times and not always completely stable. And I am not sure how well it works on mobile devices. Just warning you. But I have used it with students and they LOVE it for the simplicity and easy entry point. You will, too. 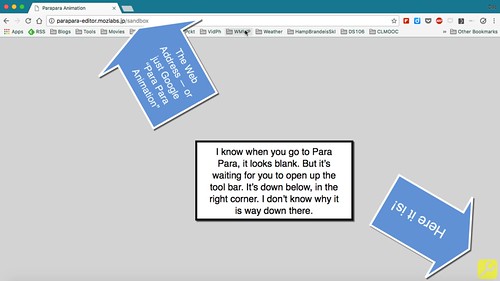 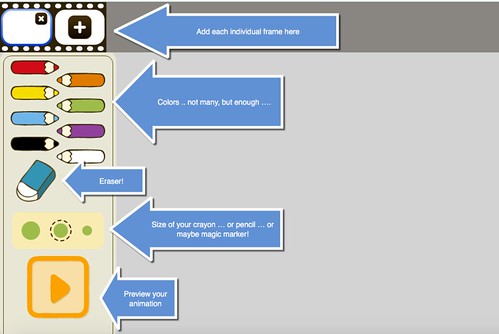 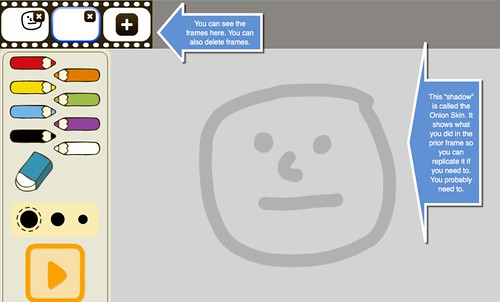 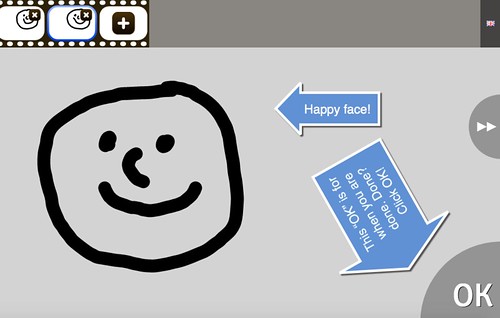 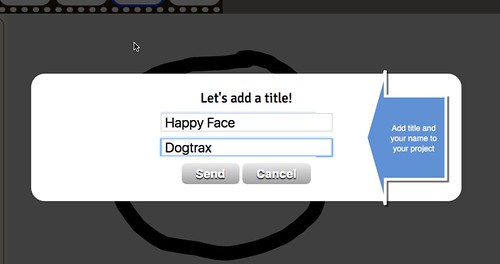 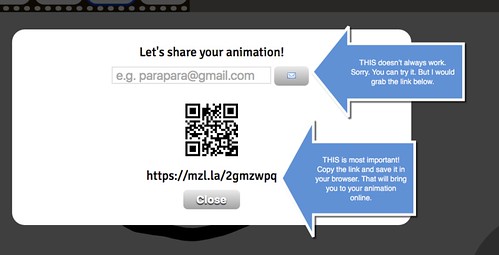 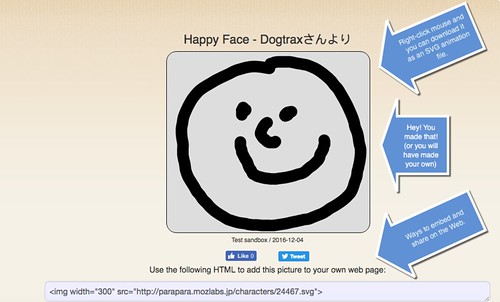 Well .. good luck. Share your art out at #clmooc or #digiwrimo or wherever you find yourself.

Peace (framing it one at a time),
Kevin 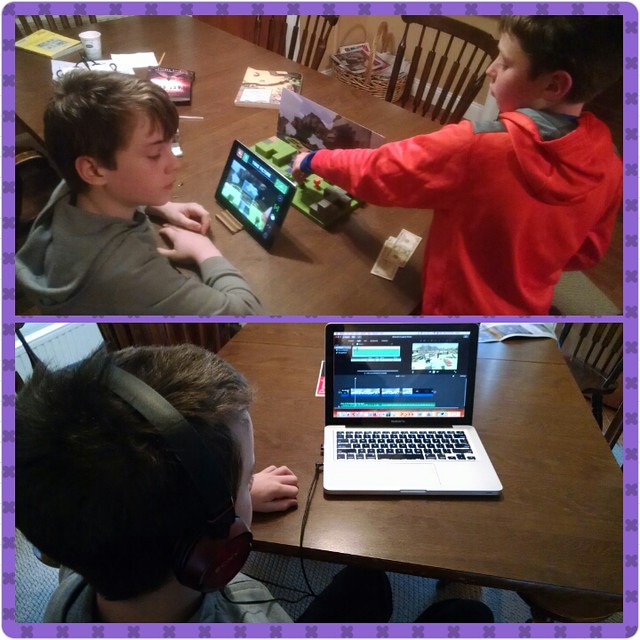 My son recently got an interesting gift: a Minecraft Stopmotion Movie package. Actually, the box contained the props and then you download the app, and use a mobile device to shoot the stopmotion. He and a friend were working on a short flick this long weekend.

While you could do all this without the package, the backgrounds and plastic bricks and characters make for an easier experience. (Although oddly, the intro and outros are preset to be pretty long … sometimes longer than the movie itself, and I wonder if this is a nod to kids’ fascination with those elements of moviemaking).

They are still working on how to tell a story in stopmotion as opposed to moving characters around just to move characters around … the teacher in me can’t stand the randomness. But I know I need to just let them do what they do, and play and explore.

I’ve shown him how to move the video into iMovie, where he can do more editing and add music, etc, so that is the next real step. He already knows the basics there, so it is a rather seamless transition from filmmaker to editor.

Peace (in the film),
Kevin 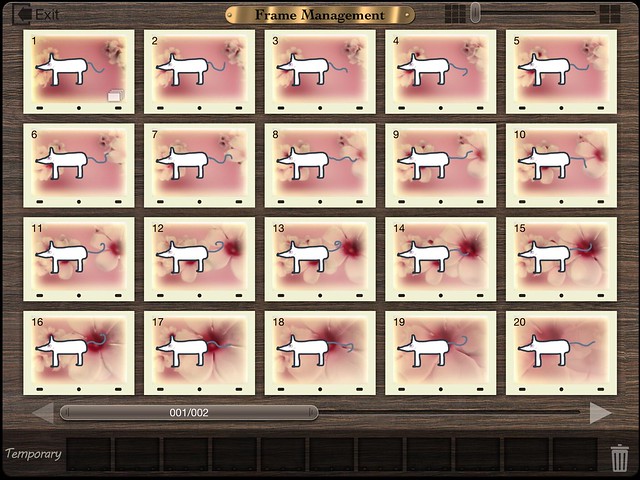 I was inspired by a very cool video put into the CLMOOC by Jill Dawson, and then even more inspired by her explanation of how she did what she did for the CLMOOC Make Bank, to give some animation a try again. Although Jill used different apps for hers, I decided to get back into Animation Desk, an app I have had for some time. It has been upgraded and has some different parts, so I am still figuring it all out again. There is a free and paid version, and I think I have the paid version from some free trial time period when it came out.

Jill’s “How To Do This” Piece:

But it was fun … wanna try stopmotion? You can tinker even with any apps with a site called ParaPara Animation.

An example that I made in a few minutes:

My students have had some fun this week (in the time after standardized testing) to make some neat stopmotion animation with  a Mozilla-hosted site called Para Para Animation. It’s simple to use, with none of the bells and whistles of more advanced animation programs. (so, that is both good and limiting).

Check out a few of their creations:

I stumbled into an open source, online animation tool that is simple to use and pretty nifty way to teach animation to kids. ParaPara is a Japanese animation tool that allows for simple animation (and apparently, there is a way to collaborate with others … looking into that feature …) Mozilla’s Webmaker hosts a tutorial on how to use it, with links to the ParaPara site.

Once you make your animation, it kicks out a link and then an embed code, so that you can embed like I did with my Happy Friend animation that I created in just a few minutes.

What are you waiting for? Get making! 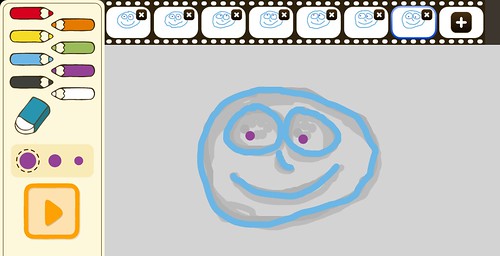 What is our words were always scattered?
Peace (in the word),
Kevin

I came across a post some time back (this post has been in my “draft bin” for a bit) from Animation Chefs about using Vine for making stopmotion, and thought: well, maybe. I gave it a try with some Legos. Yeah, it worked, but the six seconds and my own lack of an iPad holder made the movie a little jumpy. Still, kids could easily make something like this. I just did a lot of little swipes in the app, moving the pieces forward, swiping again, etc. Page 2 of 14‹ Previous123456Next ›Last »
Thank you for visiting this online writing home. I am a sixth grade teacher and a teacher-consultant the Western Massachusetts Writing Project. This blog covers a lot of ground -- from teaching, to writing, to music, to art and beyond.