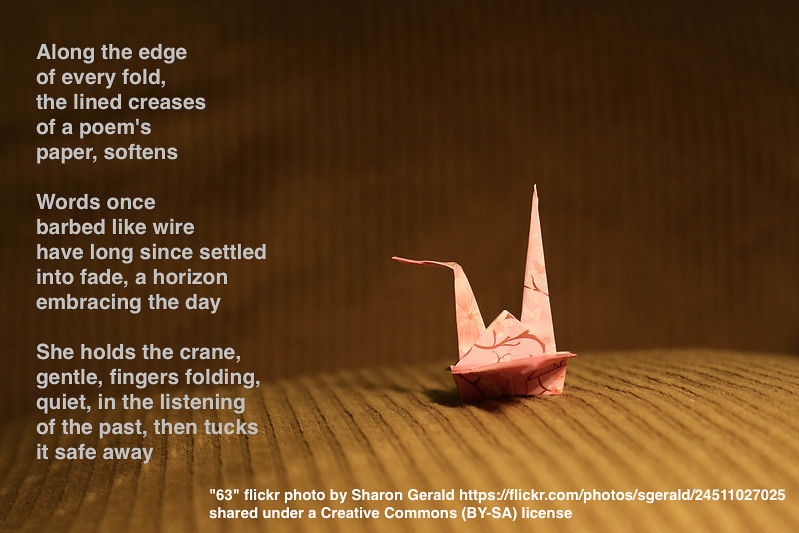 Via a prompt off Mastodon this morning: Fold 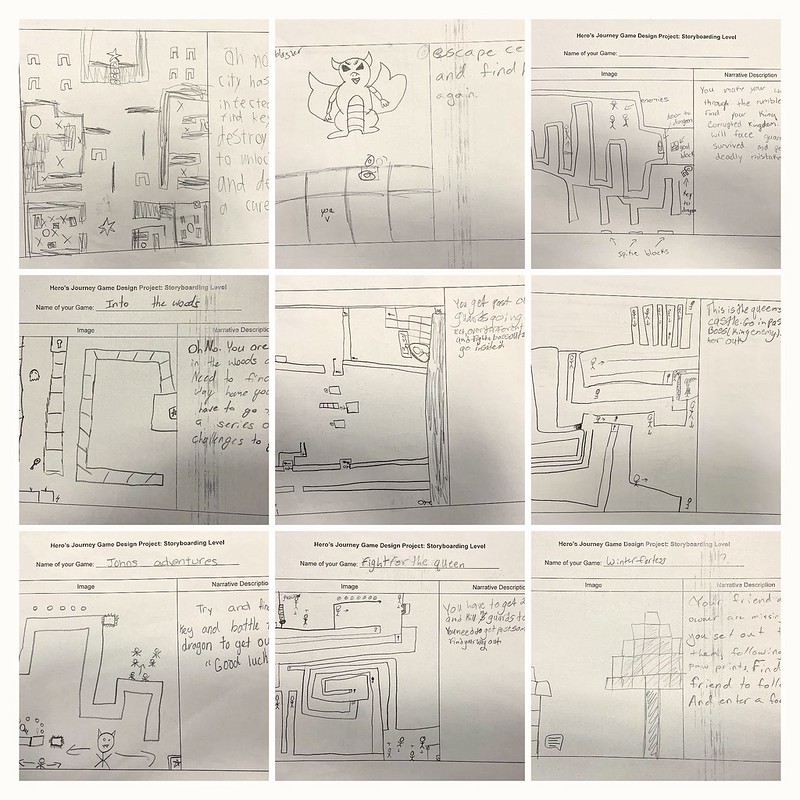 We’re in the midst of our annual Video Game Design Project, in which my sixth graders use Gamestar Mechanic (which continues to work for us … phew) to explore how to tell a story through the platform of a video game. It’s challenging, and interesting, and completely engaging for my students, and a way for me to teach storytelling in a different way. 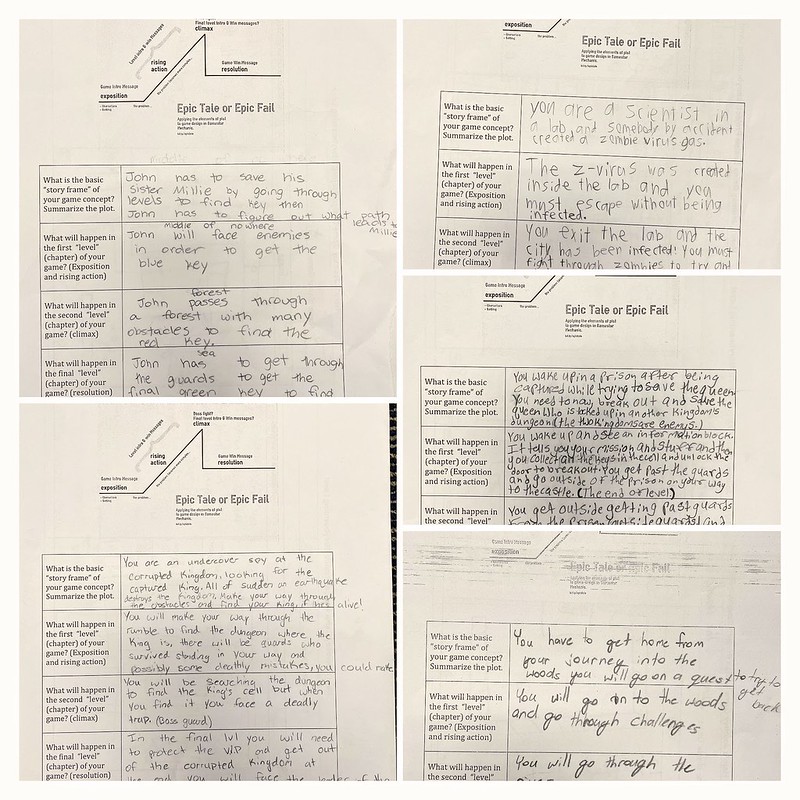 Our focus: telling a narrative story through the building and publishing of a video game, so that the player is a reader of the story that is in the form of a video game.

They are now in the design phase of the games themselves but these collages capture some of the planning pages from the project, as they have to think through the narrative story their game will tell before the building process in Gamestar.

This collection is from another year, showing the insides of games. I use this as a mentor text with students, to show some games that were successful in integrating story into game.

I am trying to get myself back into music making ..

What to say about The Storyteller’s Handbook? It’s glorious, and packed with the most strange and wondrous illustrations, and very few words, and all in the service of sparking stories for the reader. (And an introduction by Neil Gaiman doesn’t hurt to set the stage for something magical unfolding in the pages).

It’s impossible not to look through this collection of art by Elise Hurst and not wonder about what happened before the moment, in the moment and then beyond the moment, and so, as a tool for sparking writing, The Storyteller’s Handbook does a fine job.

Every one of the 52 illustrations has something intriguing, and as I was wandering through, I began to wonder if there were narrative threads connecting some, if not all, of the illustrations together (or maybe it is just that I was mesmerized by Hurst’s artistic vision). She plays with scope and dimensions, of turning the mundane into something extraordinary, of placing the fantastical within a jar to looked at and then released.

All that, and more. See Hurst chat about the book in this short video:

At the book’s website, there is even a detailed Teacher’s Guide to use with the book in the classroom, and it is packed full of interesting ideas, prompts and activities (including a scavenger hunt!).

PS — I am sucker for stories of how books came to be, and Hurst gives an evocative telling of where she came up with the idea for The Storyteller’s Handbook: 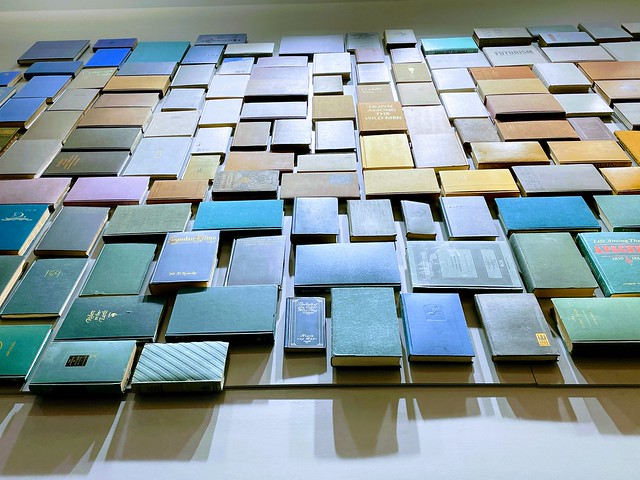 Peace (in the Pages),
Kevin 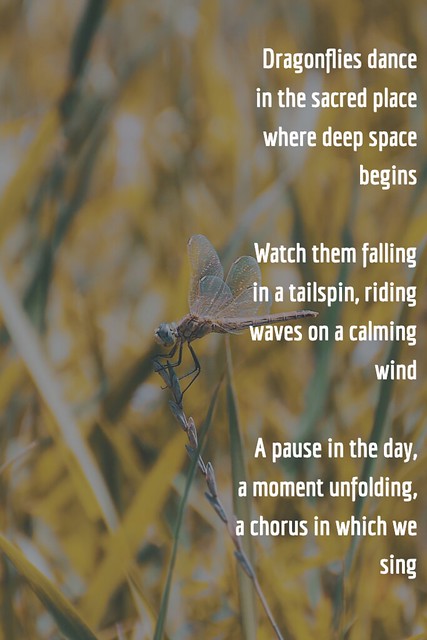 This comes from a one-word prompt off Mastodon – the word was “tailspin.” 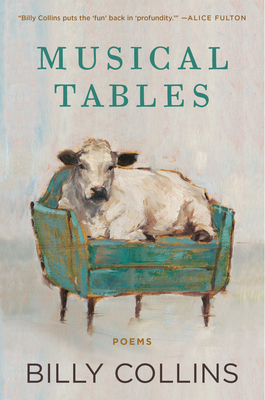 You can read this entire collection of poems within an hour. Billy Collins, whose work I have long admired and enjoyed reading, turns his attention here to the concept of “small poems” — short verse, of just a few lines.

“I love the suddenness of small poems. They seemed to arrive and depart at the same time, disappearing in a wink … The small poem is a flash, a gesture, a gambit without the game that follows. There’s no room for landscape here, or easeful reflection, but there is the opportunity for humor and poignancy.” — Billy Collins, Musical Tables, pages 139-140

Like Collins, I also am immersed in small poems, writing them just about every morning from either a prompt off Mastodon, Twitter or blogs, and find that elements of capturing an idea in a confined universe of space and words opens up creative doors for poetry. Mine are hit or miss, and some I come back to later to tighten up but most are part of my morning routine — writing over a cup of coffee before getting ready for work at school. But I enjoy the routine and the form.

So I was excited to learn that Collins was also a fan of small poems and Musical Tables gathers together many of his pieces. It’s funny to see his small poems on the printed page of a book because there is more white space in this published collection than inked out words.

There are some gems here that I really enjoyed — his poems about writing poems, a favorite theme of mine, are witty and funny — and his observational style that is the center of so much of his poetry, along with his slanted humor, comes through. I laughed at times, for sure.

BUT — I wasn’t blown away here, and too many of the poems truly seem like throw-aways, something he might jot down on a sticky note in any other time and file away as an idea for something to be developed. Many in the collection here lack a real center or substance, in my opinion.

In fact, I find the small poems that people write and share on Mastodon and Twitter with the #smallpoems hashtag are more interesting and provocative pieces of art, and for the most part, Collins’ work in this book never really rose to that level, for me, anyway.

However, his interview on National Public Radio is fascinating, as he talks about small poems and the ways they allow a writer a path to expression in ways that longer poems may not.

Peace (in little text and lots of space),
Kevin

I’ve been listening to Padraig O’ Tuama in my ears a few times per week since the Pandemic with his wonderful Poetry Unbound podcast, where he explores a poem through various lenses and celebrates the art of writing with heart and compassion. It’s a beautifully produced podcast.

O’ Tuama has just released a book with the same name — Poetry Unbound (50 Poems To Open Your World) — and like the podcast, the book explores poems, but through his insightful and personal own contexts, giving each poem a short introduction (some read like prose poems) and then a longer essay on the poems.

His curation of poetry — some of which are featured in his podcast but then recast here through slightly different analysis — is enlightening, and most of these poems are ones I would not have come across before. His work as conflict mediator in Ireland through the times of trouble there gives him a certain perspective on tension on the page, and of love and resilence, as does his own personal life as a gay man who grew up in a conservative Catholic culture.

I tried to read this book slowly, letting each poem simmer as O’ Tuama’s analysis dug in, deep, and settled into my head. I found a deep appreciation for  all the writers here, and what they achieved and hoped to make resonant with a reader like me, and I am appreciative to O’ Tuama for finding these pages of verse, and bringing them to the page and to my earbuds on a regular basis.

This is a book I highly recommend, whether poetry is your thing or not.

Peace (within pages of poems),
Kevin 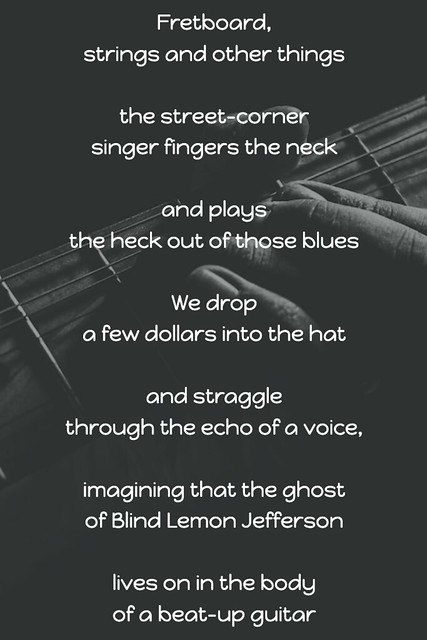 This was from a prompt off Mastodon. The word was “neck.” 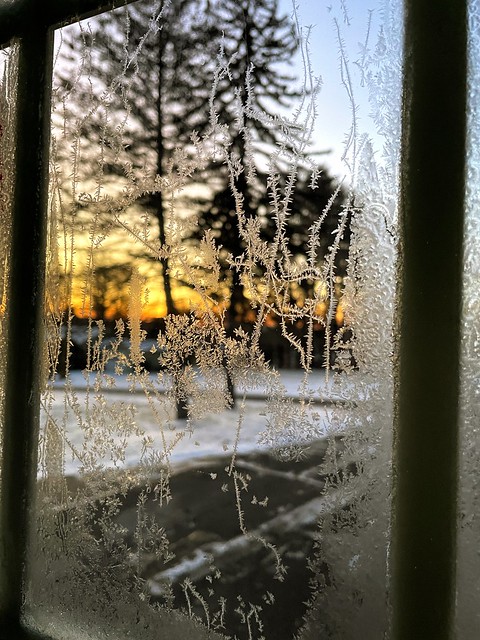 Peace (in the New Year),
Kevin

Page 2 of 674‹ Previous123456Next ›Last »
Thank you for visiting this online writing home. I am a sixth grade teacher and a teacher-consultant the Western Massachusetts Writing Project. This blog covers a lot of ground -- from teaching, to writing, to music, to art and beyond.