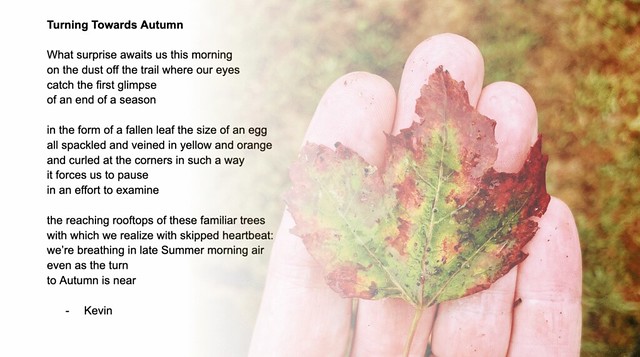 This morning’s Daily Create via DS106 took us to Radio Garden, a site that connects local radio broadcasts from around the world. I enjoyed the listening tour of music and voice, a reminder of how music and frequencies both connect the world and give it an individual spark. 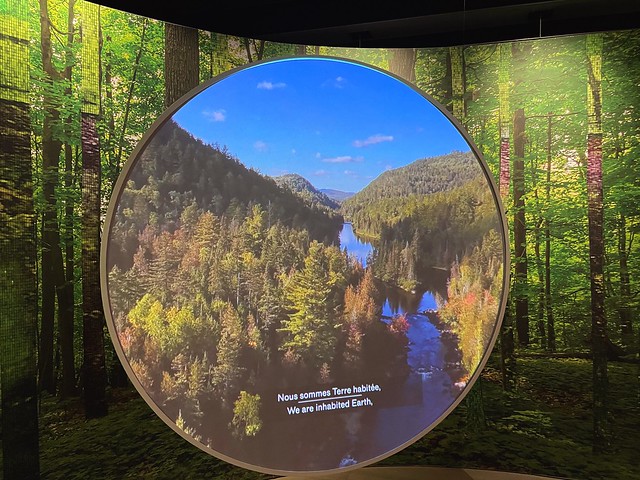 Via McCord Museum in Montreal, with an exhibit on Indigenous Peoples in Canada. 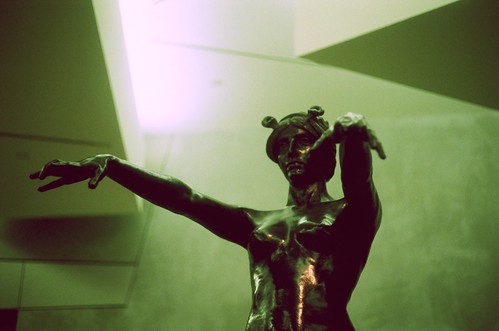 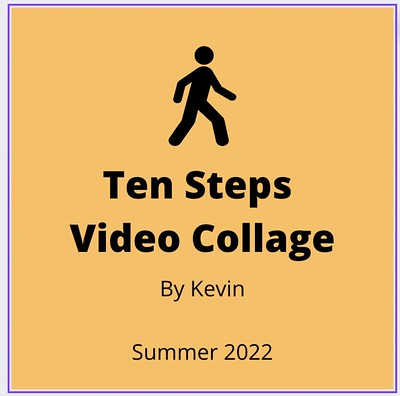 For the past two months, I have been periodically using my camera to take ten photographs of the places I am walking. It started as an idea for a simple summer video project, and soon became something more interesting (to me): an exploration of terrain, from paths to sidewalks to flower gardens to beach areas.

I take ten pictures and then weave them together with a slow fade and some light music (via SoundSlides platform). For each video, every photograph lasts just 6 seconds, and then fades into the next. Each video is exactly one minute in length. This is important for what I am sharing today.

Initially, I thought I’d do ten videos (ten steps – ten videos) but a vacation visit to the beach provided me with a few more interesting opportunities, so I ended up with 12 videos.

I knew I wanted to gather all of the videos together in some creative format, beyond a video playlist, and came upon the idea of a video collage, in which the videos all start and end together. The visuals of 12 videos, running simultaneously, as each image in each video fades to the next at the exact same moment, seemed like an intriguing concept.

First, I tried it with Google Slides, making a single slide with 12 videos. But that didn’t work the way I wanted when I published the Slide. A viewer would have to manually allow the music soundtrack, and I really felt it needed the music to make the experience work.

Then, I tried a collage site I’ve used before called Kapwing. It has a lot of cool features and, although fitting the videos into a single collage page was tricky, I spent time with the formatting, only to realize that unless I wanted to pay a significant user fee, the video would be branded with a Kapwing icon. Um, no.

Finally, I landed on Canva, which I can’t believe I didn’t try at the start. It did exactly what I wanted, and with no fuss. And no fee. And no branding. My first iteration was a collage in two parts — two screens, with six videos each. I composed the music for this video collage.

It’s fine and does what I intended, but I still wanted all 12 videos on one screen, playing forward at the same time. The next video is the final result, and although it is a little crowded with videos and best seen in full screen, I think it works best if you stare at the center of the video and lose yourself in the slow fading of images. The animation of the videos at the start makes it seem like the videos are themselves on a walking path, too, which I hadn’t even considered until I was playing around in Canva. The music comes from Creative Commons via Soundslides.

I like the simplicity and the rhythms of this Ten Steps project — all you really need is a phone that can take photographs, and maybe a way to pull the images together, and a place to be walking — and gather the images together in either a collage or slides or something else. 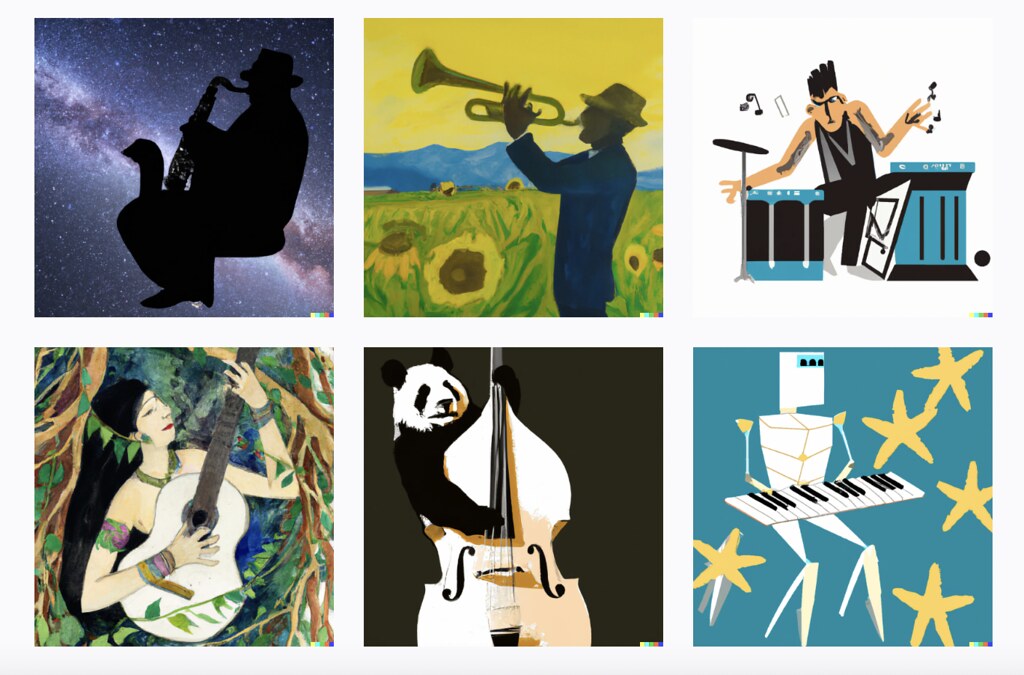 I had forgotten I had signed up for an account with the DALL-E art site, which has gotten a fair share of notice for how it uses AI software to create art from written prompts. So when I saw an email yesterday, telling me my account was now active, I went in and played around. I used music themes for all of my prompts for the AI. The more specific the writing, the more interesting the image that the AI kicks out, I found.

I decided to create a “band” of musicians, with different settings and textual descriptions. It was an interesting experiment, and I used the “variations” tab quite a bit to see what the AI might generate in a second variation but for the most part, these come from the first round of algorithmic art by the platform.

I’ve included the text I used for the AI to generate the images. 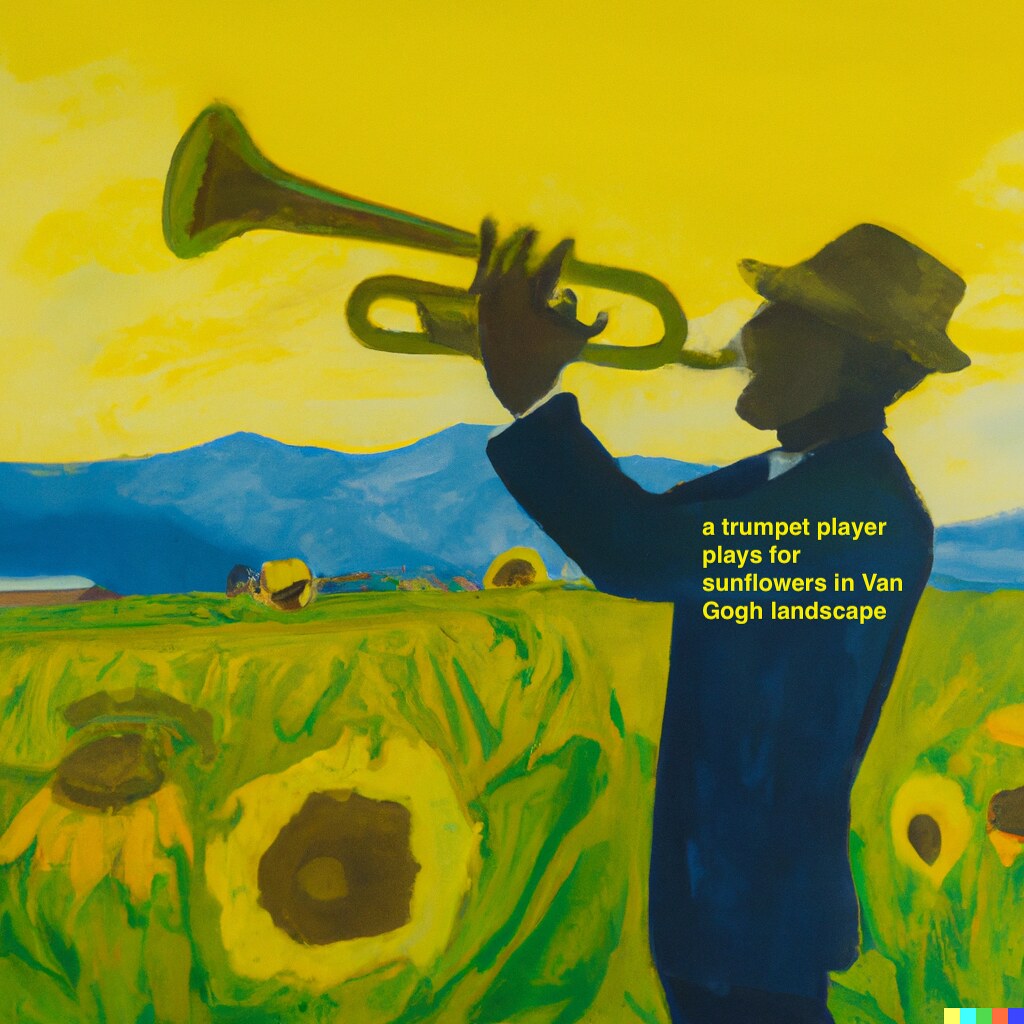 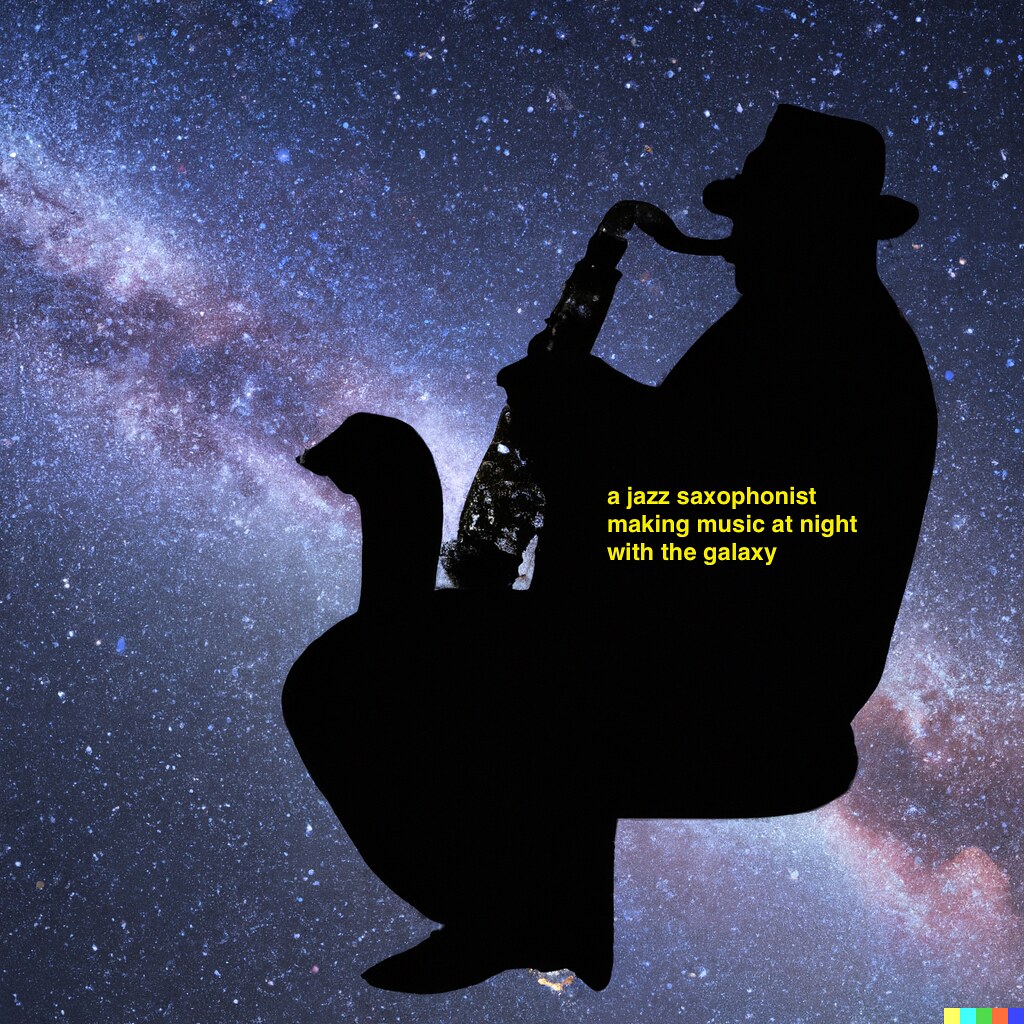 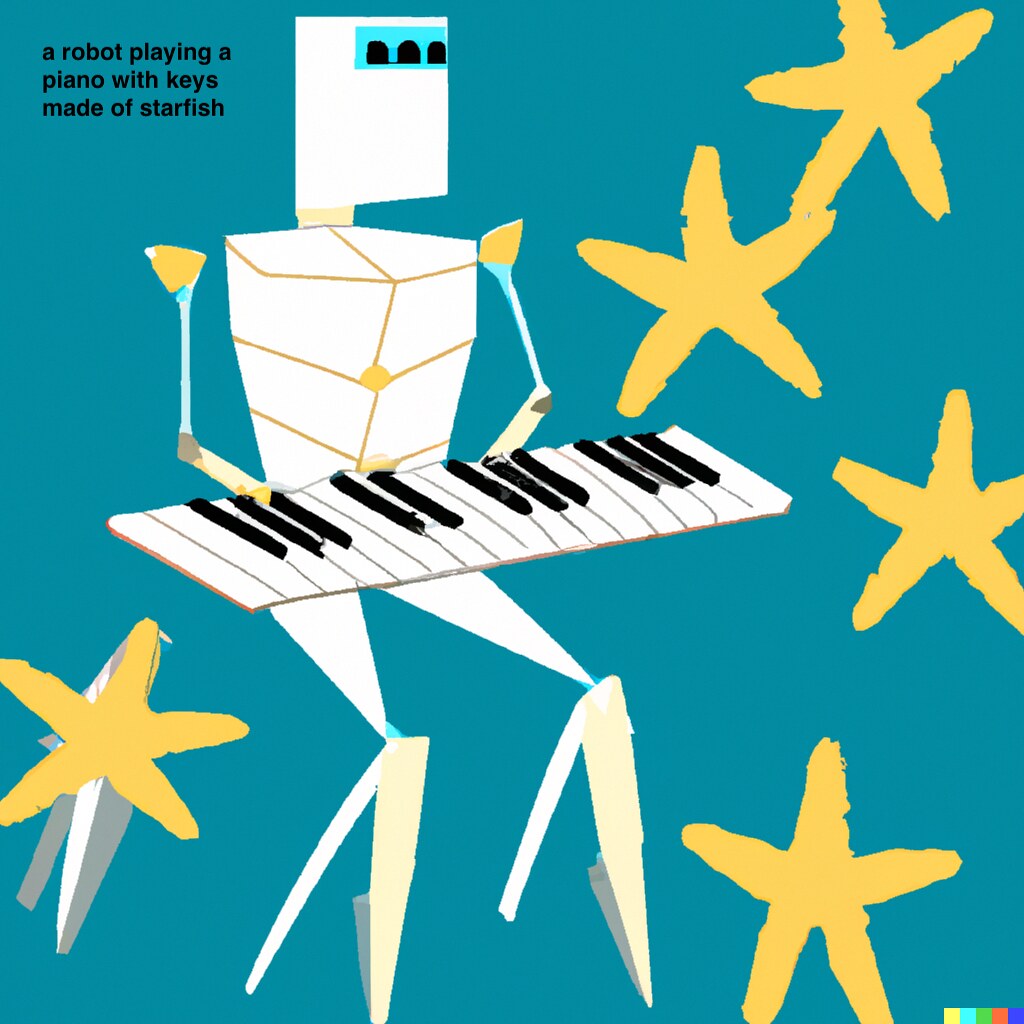 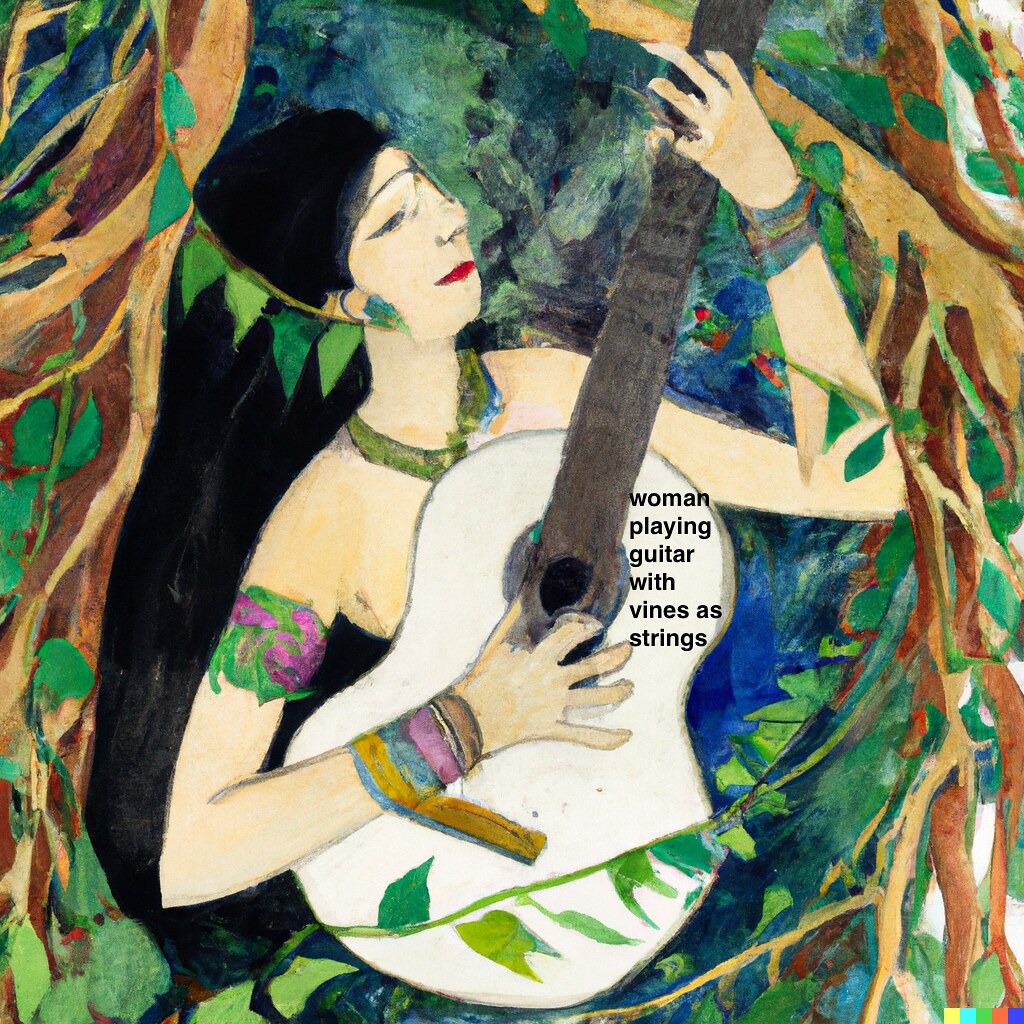 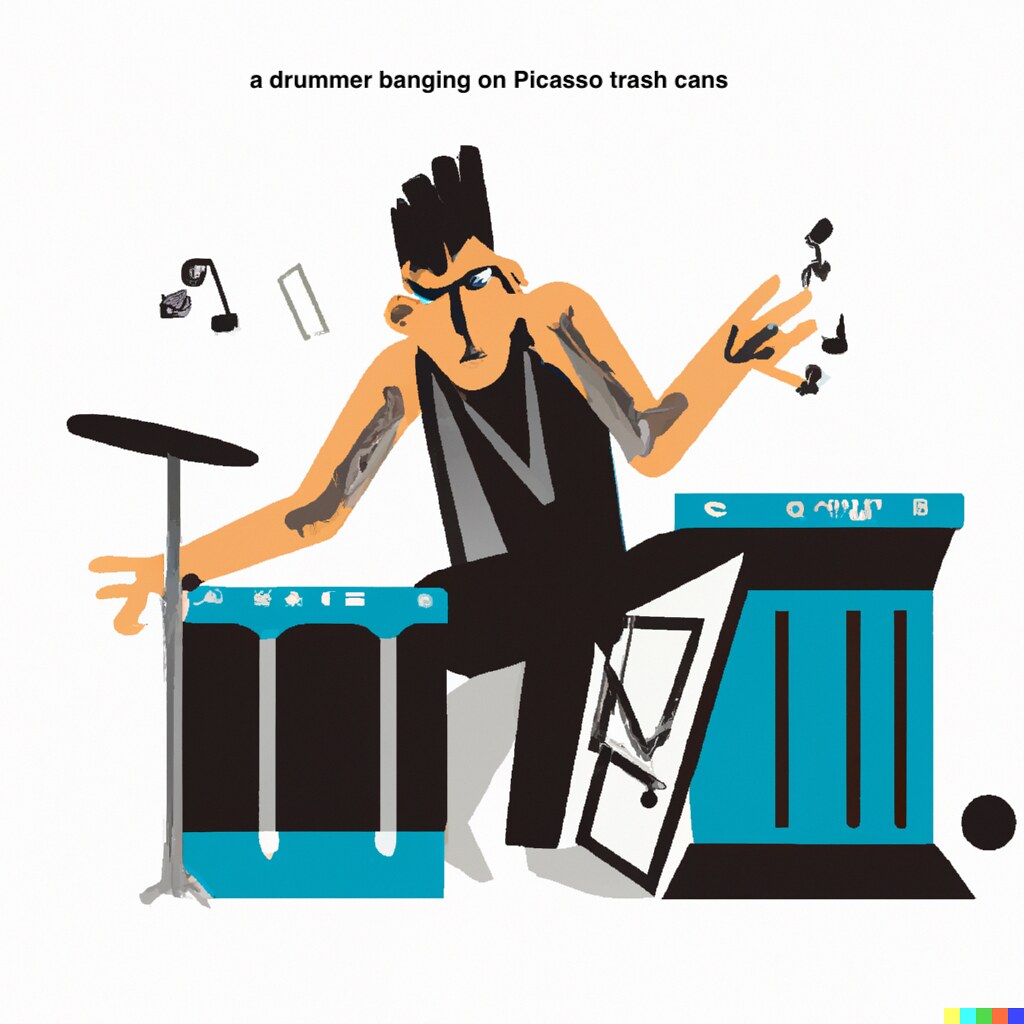 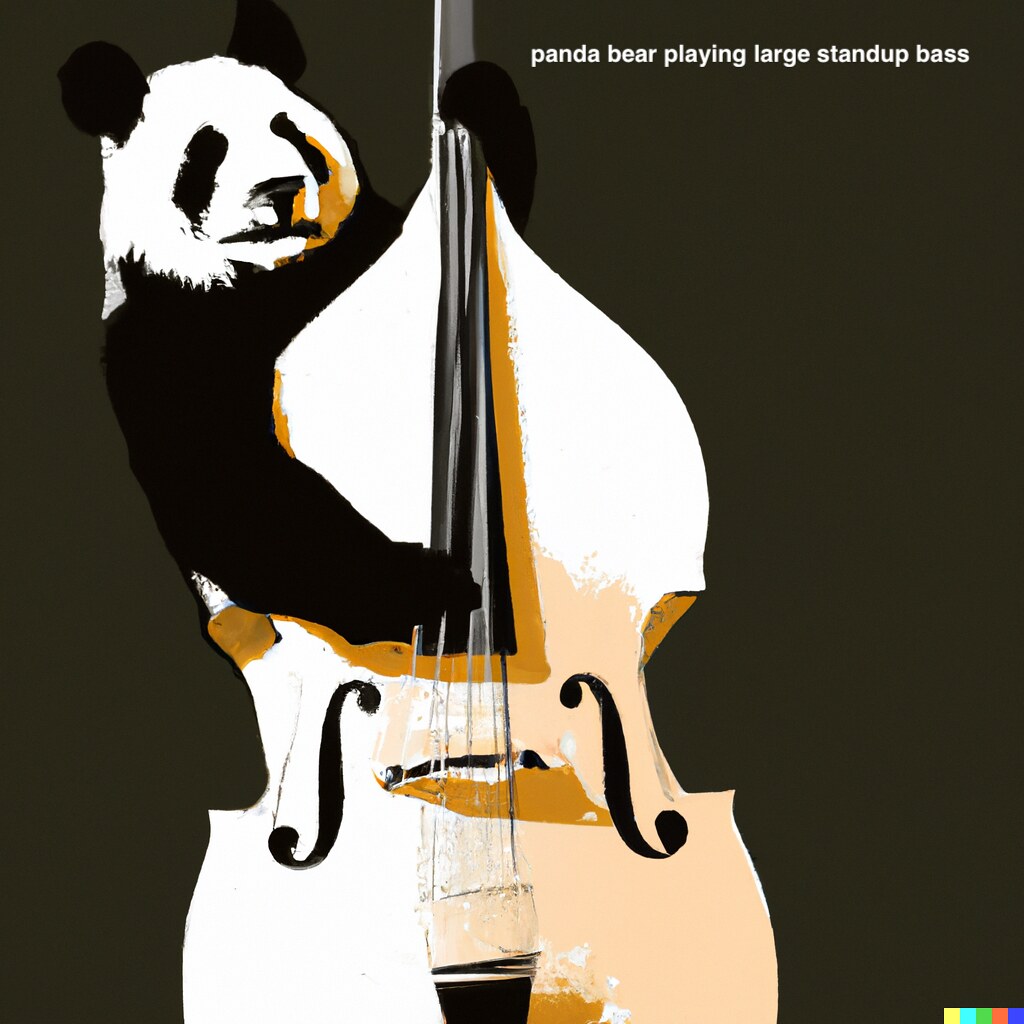 You get a certain number of “credits” and then it costs some money to generate art.

Overall, I found the experience rather interesting, and yet I wondered how the AI was using my text descriptions to make itself “smarter” and was curious about what was going on underneath all of the code. There is a research paper available and the “about page” is full of positive elements of AI and the DALL-E site. It acknowledges the worries about AI, too, which I appreciated.

We’ve limited the ability for DALL·E 2 to generate violent, hate, or adult images. By removing the most explicit content from the training data, we minimized DALL·E 2’s exposure to these concepts. We also used advanced techniques to prevent photorealistic generations of real individuals’ faces, including those of public figures.

Our content policy does not allow users to generate violent, adult, or political content, among other categories. We won’t generate images if our filters identify text prompts and image uploads that may violate our policies. We also have automated and human monitoring systems to guard against misuse.

I am also curious about this part of the Mission Statement:

Our hope is that DALL·E 2 will empower people to express themselves creatively. DALL·E 2 also helps us understand how advanced AI systems see and understand our world, which is critical to our mission of creating AI that benefits humanity. 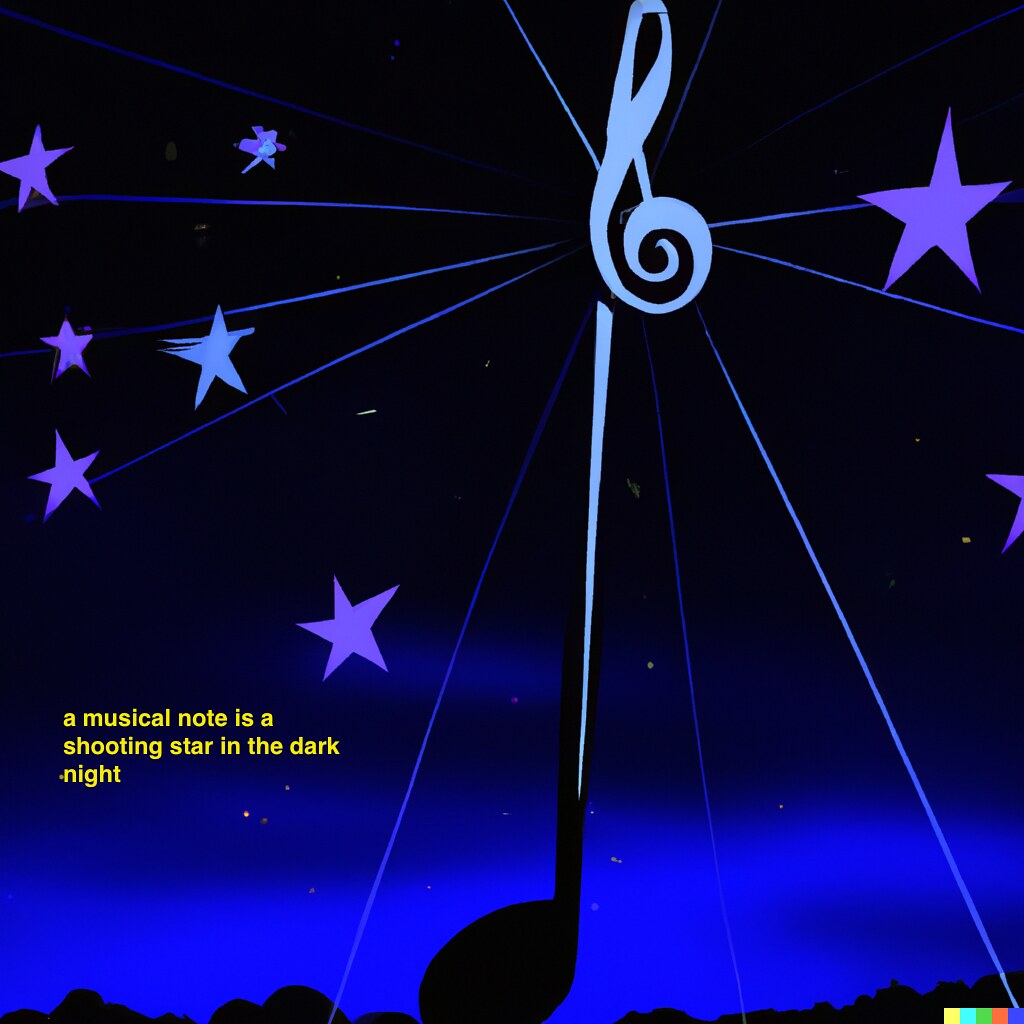 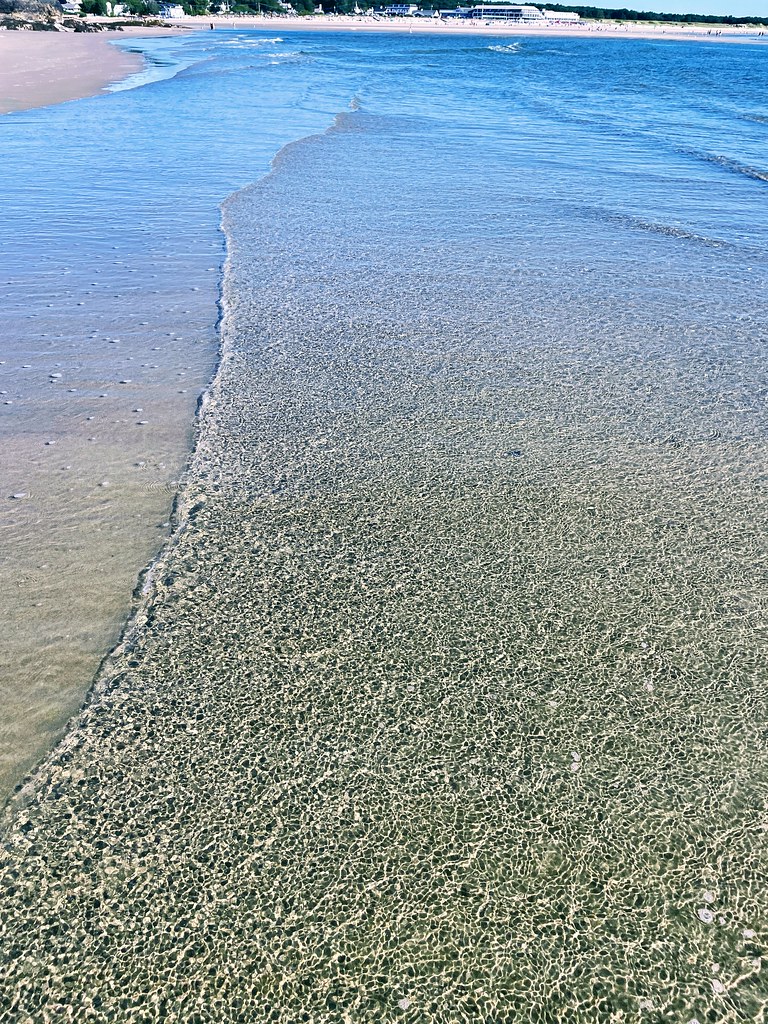 This is the final individual video for my Ten Steps project, in which I have been creating one-minute videos, of ten steps, in different terrains. This playlist has all 12 videos, but I am also working on another way to present all of the videos together …. 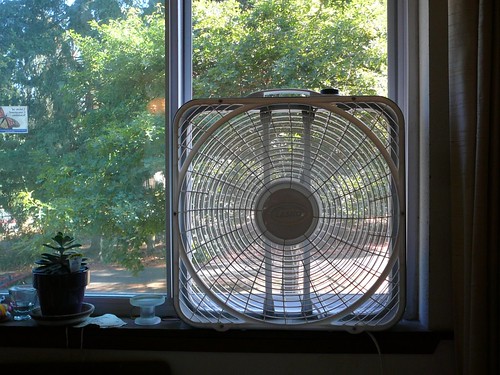 Over at NWPStudio, Tanya posted a writing prompt about noticing a single moment. Sort of like what we used to call “small stories” or even “Slice of Life” and I looked up from the prompt to notice this scene:

The box fan has a rhythm of its own. White noise, with patterned waves. It’s the panting of the dog sprawled out on the wood floor in front of the machine that gives the beat a hiccup. An irregular breath. A movement of body. A sigh. An ear shake. The fan continues on — it only knows to spin its forward motion — but the room’s soundtrack is unpredictable, as the dog takes another short solo, then fades into a sleepy background.

This video (the 11th) is part of a series of one-minute videos featuring ten steps in different places. The last few have been from last week’s vacation to Maine, giving the videos an ocean theme. I have one more video to go before I pull them all together.  Watch the others here.

Page 3 of 665‹ Previous1234567Next ›Last »
Thank you for visiting this online writing home. I am a sixth grade teacher and a teacher-consultant the Western Massachusetts Writing Project. This blog covers a lot of ground -- from teaching, to writing, to music, to art and beyond.