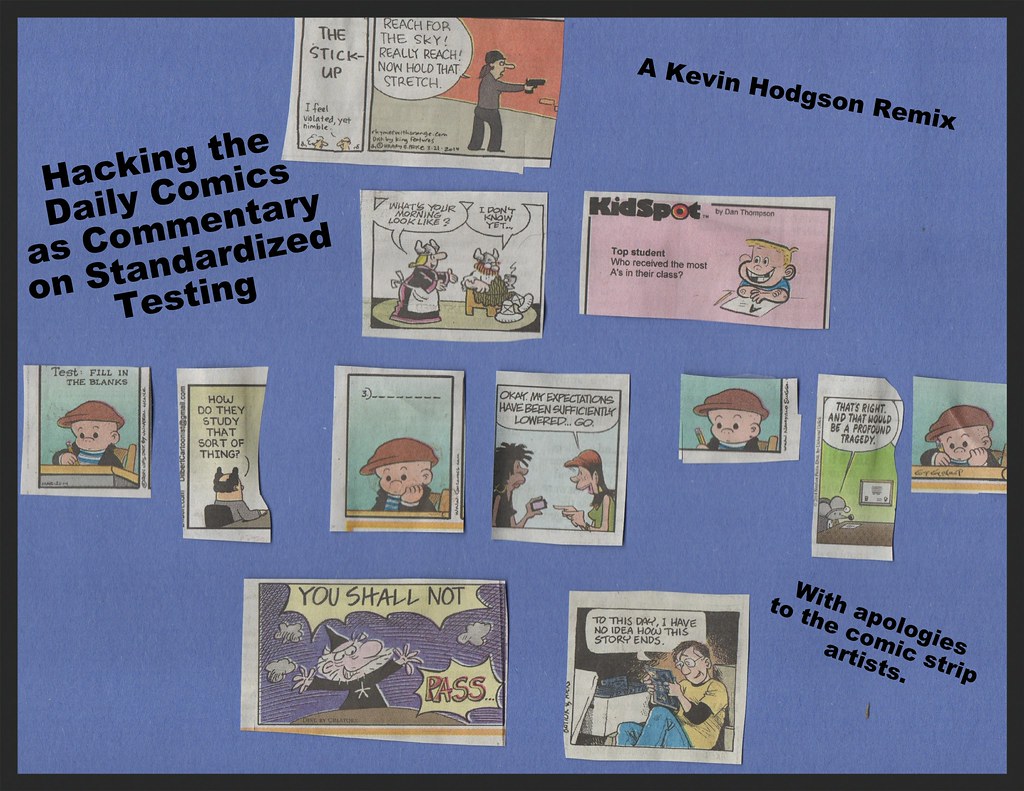 You might guess that we are into standardized testing time in our school and state. Hey. You’d be right! I was reading the comics with that on my mind and frames began jumping out me. I just had to hack and remix the comics as a sort of commentary about testing. I used ThingLink as way to embed some comments for each frame, although I suspect you could get my message even without my words.

Honestly, though, it was that kid staring at his test in the Nancy strip that got me going. He looks so … sad.

Wondering how I did this kind of remix?

First, I read all the comics and tries to piece together a possible story sequence. This is the most difficult part because you need to look for narrative threads and understand there will be some gaps in whatever story you remix with the frames. Once I started to identify possible pieces of comics, I got to work.

I started with old fashioned scissors and tape, and blue paper. I scanned it as an image file (when I have taken a picture of this kind of remix in the past, the words get fuzzy. You might have a better camera than I have, though). Then, I uploaded the image to Flickr, where I used the Aviary app in Flickr to add text, and “borrowed” the completed image over at ThingLink. That allowed me to layer in some commentary.

Peace (in how we frame things),
Kevin