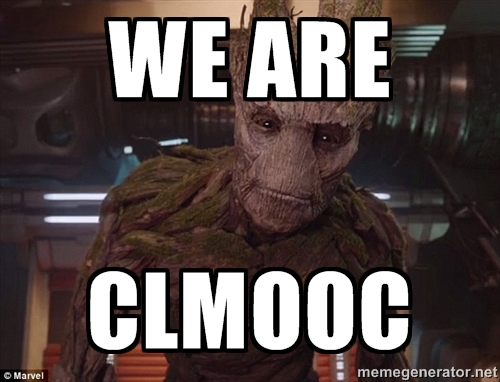 I suspect that the Guardians of the Galaxy movie will not be for everyone. In fact, I know that, because I took my sons with another family this weekend to see the flick and my female friend and her daughter were not all that impressed. There may be some gender lines being drawn due to the violence and action of the Guardians … I thought the movie was entertaining  enough while my sons think it is Best of the Year material. Yeah. I don’t think so.

Still, I liked the banter, and the action, and the visual effects, and the use of music to connect with memories and personal history. The story revolves around part of the comic universe that I don’t remember reading as a kid, so there were plenty of surprises for me.

What has stuck out for me, however, is the character of Groot, as played by Vin Diesel. With just one line for most of the film — “I am Groot” — the nuance of how the words are spoken and the facial features says a lot about language, even from a walking tree like Groot. But there is a moment, when Groot is about to save the crew by doing something only he has the power to do, when he turns to his companions, who beg him not to make the sacrifice, and says wisely, “WE are Groot.”

That line — WE are Groot — has stuck with me as the Making Learning Connected MOOC has been winding down. That little bit of dialogue captures the collective connections that we have to each other. Not to get over-analytical about it, or too sappy, either, but there’s a real power of the way a community/network like CLMOOC can come together to support each other. We weren’t in any life-threatening danger, of course, but I like to think that our worlds became a little more connected this summer, and that WE are CLMOOC. We’ll be here, and will still be here, if we need one another. Count on that!