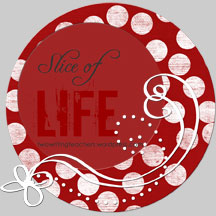 (note: Last year, I took part in the Slice of Life writing challenge with Two Writing Teachers. I won’t be doing this every day, but periodically, I hope to write and podcast about some moments. I encourage you to participate, too. It will push you as a writer and connect you with another network of bloggers. See Two Writing Teachers for more details).

What Happens to the Music
Listen to the podcast

I took the guitar case from behind the couch, clicked it open and stared at the pile of papers on top of and underneath the guitar. It reminded me that I have a lot of songs that have just sat around. Now that my band, The Sofa Kings, is kaput — perhaps temporarily, but more likely, permanently — I have an opportunity to dig up some material that I had shelved, knowing that it might not work for The Sofa Kings. Tuesday night came and went, and I was home instead of at our practice space, and it felt strange not to be up in the attic, playing music. I already miss the other people in the band because they were all friends as much as bandmates. That made calling it quits even harder. But the energy and inspiration had dwindled and we all agreed .. it was time. I’m already making plans with a friend to start doing some recording, and writing new songs, and maybe getting out to some open mic nights around town, so I know music will keep happening. But the end of a band, if it means anything to you, is like the end of a relationship — it leaves you conflicted with both some relief that you are not living in the shadows of better days and excitement that there are new paths to follow into the future.