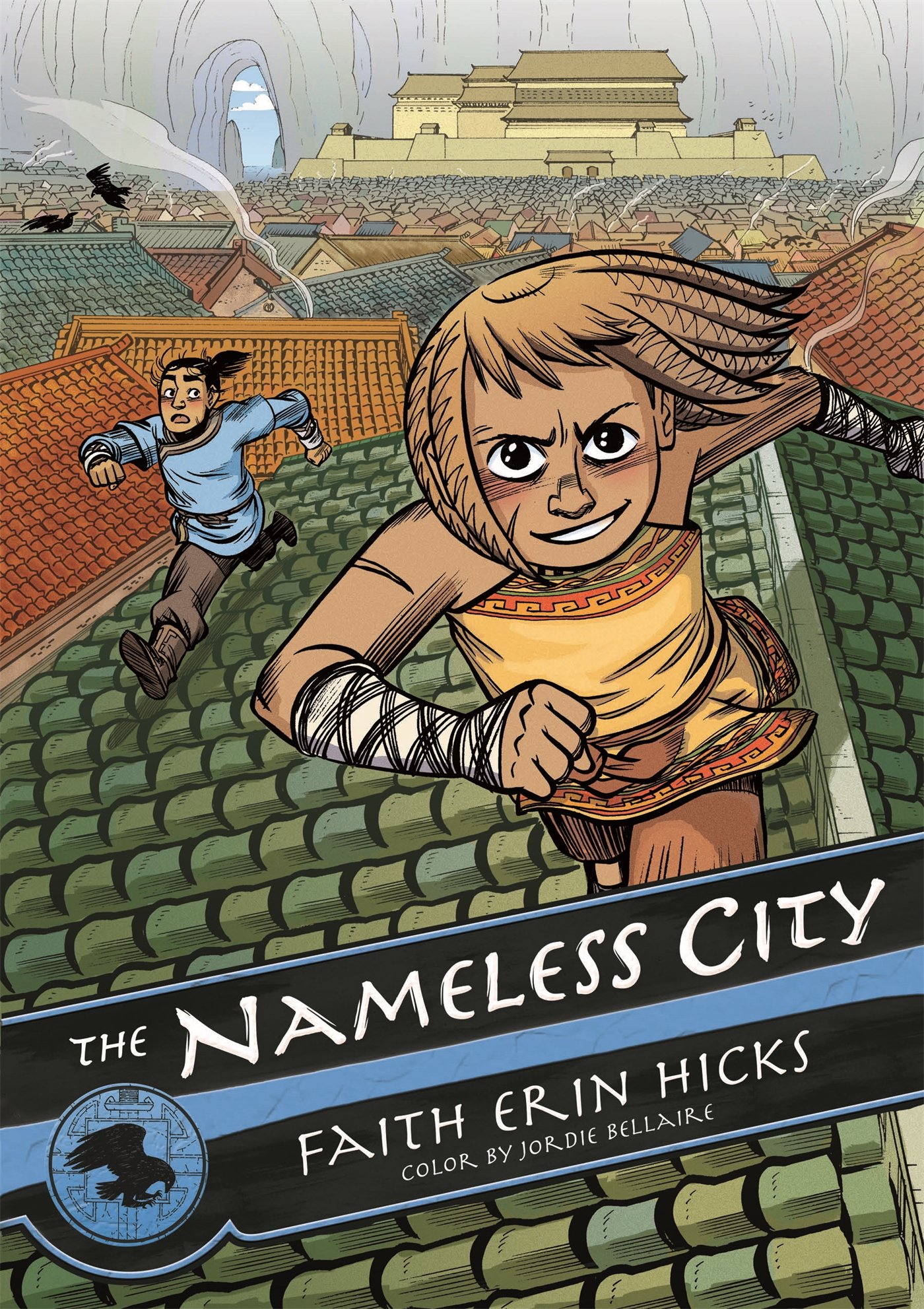 The city is named over and over, and no conqueror can name it for long.

The Nameless City is, as noted, a place without a name. Or rather, a place with many names, designated by those who have invaded it over time and who have called it what they wanted to call it because they held the power. But those who live in the Nameless City — the ones who wait out the invasions and the subsequent transitions of power over time — know better and call their city Nameless.

Told beautifully, and with great depth, The Nameless City by Faith Erin Hicks (and art by Jordie Bellaire) is a fascinating story of what seems to be city of the past, somewhere in Asia, in which politics and ambition, and intrigue, play out even as the story focuses on a young boy named Kaidu (whose father is part of the invading force now governing the city and fearing for the next invasion) and Rat, a young girl of the streets of the Nameless City.

What makes the Nameless City so ripe for invasion is its location and a strange history of its original founders, who dug tunnels in the ground and carved out the mountainsides, and whose language is a mystery to those who live in the city (setting the stage for a future story, no doubt).

The book has it all: humor, adventure, friendship, danger, courage, and flow. This story flows naturally, moving the narrative along in ways that only graphic novels can, particularly when we see the city through the eyes of Rat, who prowls along the roofs of the city buildings, leaping like a superhero from building to building, and over rivers. The use of art to show us up high, and then down low, and the action of the leap … that is an experience of graphic storytelling. Rat’s a headstrong, powerful girl, and she teaches Kaidu a few things about life.

I’ll be honest, too. As I read this first installment of The Nameless City, the place that came to my mind was Afghanistan, for some reason. Perhaps it was the narrative of subsequent invading forces and the native population finding ways to live and survive through each turn of events by becoming invisible and patient, until some start advocating violent rebellion. The Nameless City could be anywhere, or nowhere, but the ideas of who owns the heart and soul a place is at the center of Hicks’ graphic story, and that idea remains an important one throughout time, even beyond the graphic novel.

Even today, on the world stage.

I’ll be curious to see where Hicks and Bellaire take the story of Kaidu and Rat in the future, as this is the first of a trilogy from First-Second publishing. It’s well worth your time, and the book is appropriate for the upper elementary and middle school classrooms.